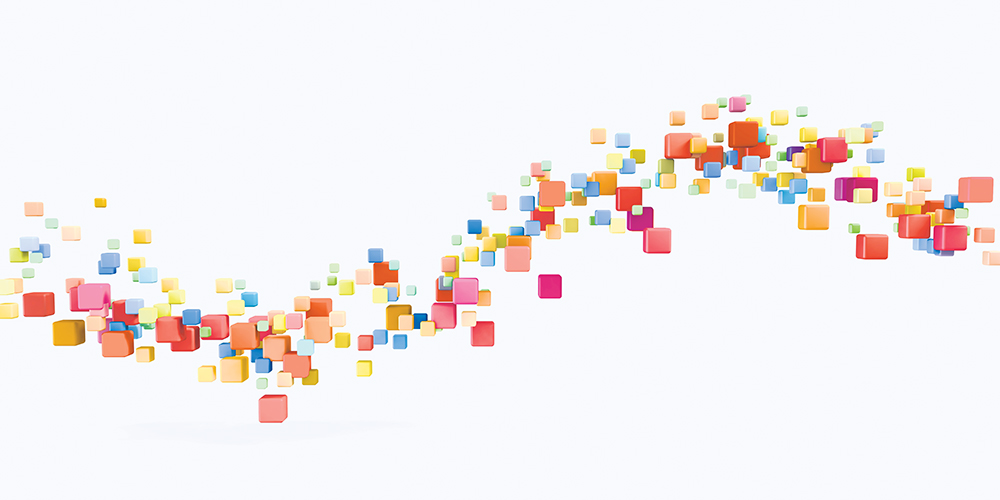 It is hard to think of a technology in recent years that has generated as much hype in business circles as blockchain. If its more effusive advocates are to be believed, it has the power to change the world of finance. White papers abound over the potential for blockchain, or distributed-ledger technology, to revolutionise industries as diverse as healthcare, mining and insurance.

For an industry such as real estate, concerned with the provenance of transactions – and transparency around legal entities and ownership – blockchain’s potential virtues are self-evident. The technology enables the ‘tokenisation’ of assets: digital tokens, each of which represents a share in an asset, can be traded and these trades can be recorded. Many in the property sector hope blockchain will increase transparency, liquidity and lead to a higher velocity of transactions.

Roland Farhat, head of audit for real estate at Germany’s DekaBank, says it could also benefit property lenders: “The case for the application of blockchain in lending lies mainly in the exchange of information between all stakeholders – banks, clients, agents, valuers and rating companies – at all stages, as well as the recording of transactions, including loans, invoices and payments. This is going to directly impact the origination and management of loans, hence the organisation and processes behind them.”

Yet it remains unclear how close we are to seeing this come into practice. Although the real estate investment market, according to Farhat, has already witnessed “a few transactions that have occurred via blockchain, ranging from $2 million to $20 million”, the technology has been considerably less visible in bank lending. “To my knowledge, there have been no remarkable blockchain-based lending projects,” he says. “Reasons vary from the very wary proceedings of banking to necessary investments in technology and regulations.”

Farhat predicts that the emergence of tech-savvy competitors in the debt market, such as digital credit start-ups, will force the more conventional types of lenders to further embrace digitisation and use blockchain. “We are probably going to witness the first blockchain-based applications in this field in two to five years’ time,” he says.

Stephan Rind is chief executive of BrickMark, a Swiss real estate investment firm that is building an institutional-grade property portfolio in order to tokenise the assets. He believes blockchain will create a more transparent and efficient market for lenders.

“With the possibilities of this new technology, one can engineer a tradeable instrument with round-the-clock real-time pricing that looks like debt from the standpoint of banking and Solvency II regulation but has return and governance characteristics more like equity,” he says.

“This is not based on financial voodoo, black magic or alchemy. It is based on the customised application of the functionality and scope of distributed-ledger and smart contract technology to the long-term objectives of institutional real estate investors, as well as the essential and necessary requirements of financial system regulators.”

Farhat agrees that the application of smart contracts – self-executing agreements between parties recorded on a blockchain – could offer advantages, including cost reduction, the streamlining of processes and quicker decision-making.

“I personally like the idea of transparency,” he says. “For instance, when applying blockchains in the lending process, banks can largely respond to increased expectations of depositors and investors in terms of how and where their capital is being deployed as loans. By considering the motivations and interests of these customers, banks would not only tap new capital sources, but also score better on ESG [environmental, social and governance] levels.”

Achim Jedelsky, president of networking organisation the Foundation for International Blockchain and Real Estate Expertise, believes tokenisation could smooth the transfer of assets by eliminating geographical boundaries and the intermediaries required in traditional deal-making. “A token is actually nothing more than a contract,” he says. “If you are able to design a good, solid contract, you don’t need to touch that process again. Payments can then be made automatically, based on circumstances, dramatically reducing the tedious need for middlemen, such as lawyers.”

However, he adds that there is a distinction between “what you can do with blockchain versus what you are allowed to do with it”. There are numerous local-level laws and regulations that companies need to comply with if they are to adopt the technology.

In the UK, the Financial Conduct Authority in February issued draft guidance for participants in the cryptoassets market. Germany is reported to be introducing legislation on blockchain assets later this year.

Some argue that if commercial real estate finance players are to get the most out of the technology, government support and proactive policymaking will be needed.

“We’re seeing a changing perception of risk and developing regulations,” says Farhat. “Lawmakers around the world are reacting to these innovations and setting regulations and frameworks. This will help the marketplace prosper and gain efficiency.”

Rind argues: “There are already several models of real estate investment involving blockchain that are close to being functional but are not accessible to the public market due to the regulatory component. Regulatory bodies are primarily concerned with protecting retail investors and therefore impose the most regulation on all models selling and marketing to the public. The situation is different for accredited and institutional investors.”

Blockchain is still in its infancy – especially in real estate finance, where development of the technology might be best described as embryonic. “If you look at the overall real estate financing market, we’re really only talking about a small part that has been tokenised,” says Jedelsky. “But the potential impact on lenders could still be huge. It could really shift the game.”

What is a blockchain?

Best known as the technology behind the bitcoin cryptocurrency, it is based around a ledger of immutable blocks of information that are accessible to a community of users. Through a mixture of maths and cryptography, blockchain offers users an open decentralised database of any transaction offering value – such as money and property – while creating a record whose authenticity can be verified by the community.

Accessible to anyone with an internet connection, each transaction – viewed upon as an individual block in a wider chain – is recorded on a distributed ledger, offering a verifiable, immutable public record.