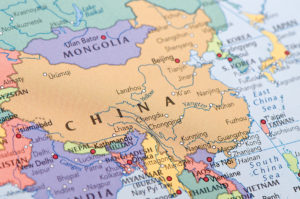 “They have 1.2 million or 1.3 million apartments under construction and are now the world’s most indebted property organisation at the moment,” Vanhanen stated. “That has sent shock waves all over APAC and also European markets.”

Shenzhen-based China Evergrande owes $305 billion and has low cash currently. Last week, the developer started to miss certain bond repayments, spooking markets worldwide. Its share price has crashed from HK$20 ($2.56; €2.19) a year ago to just HK$2.36 today. Its offshore bonds last traded at approximately 30 cents on the dollar, according to a report by Reuters. Approximately $20 billion of its outstanding debt is owed to offshore lenders.

On PERE’s opening panel, held in London, senior executives of two of the biggest institutional investors in the private real estate market, Ivanhoé Cambridge and CPP Investments, said they held calls with Asia colleagues earlier that day to ascertain the contagion risks that could be associated with China Evergrande’s possible collapse. Neither finished their calls unduly concerned.

“This is a typical example of a company everyone knew to be badly run,” said Karim Habra, head of Europe and Asia-Pacific at Ivanhoé Cambridge, on the panel. “But it was very big. Investors were very greedy so continued to invest in their high-yield bonds. It was a typical ‘too big to fail’. We’ve been there before.”

Habra believes defaults by the developer will have an impact on liquidity in China, especially when it comes to financing development. He also predicted this would weaken the renminbi as a currency. But he said, “The most resilient assets will continue to perform. China’s main goal today is political stability. So we believe they will make sure they’ve tried everything they can to limit the contagion.”

Indeed, China’s central bank has injected cash into the country’s banking system to relieve fears. However, it has also been notably quiet on whether or how it would help China Evergrande itself.

Andrea Orlandi, CPP managing director and head of real estate investments, Europe, said he also spoke with colleagues before the Europe Forum. He reported back a similar expectation of state intervention, even as a rescue package remained invisible: “The expectation in the market is of an orderly wind down for the company not to have an impact across the value market. You have to believe the Chinese government will step in and do something about it.”