Real Estate Capital Europe
Home News & Analysis Behind the loan: 22 Bishopsgate – a tower that stands out on...
Return to search 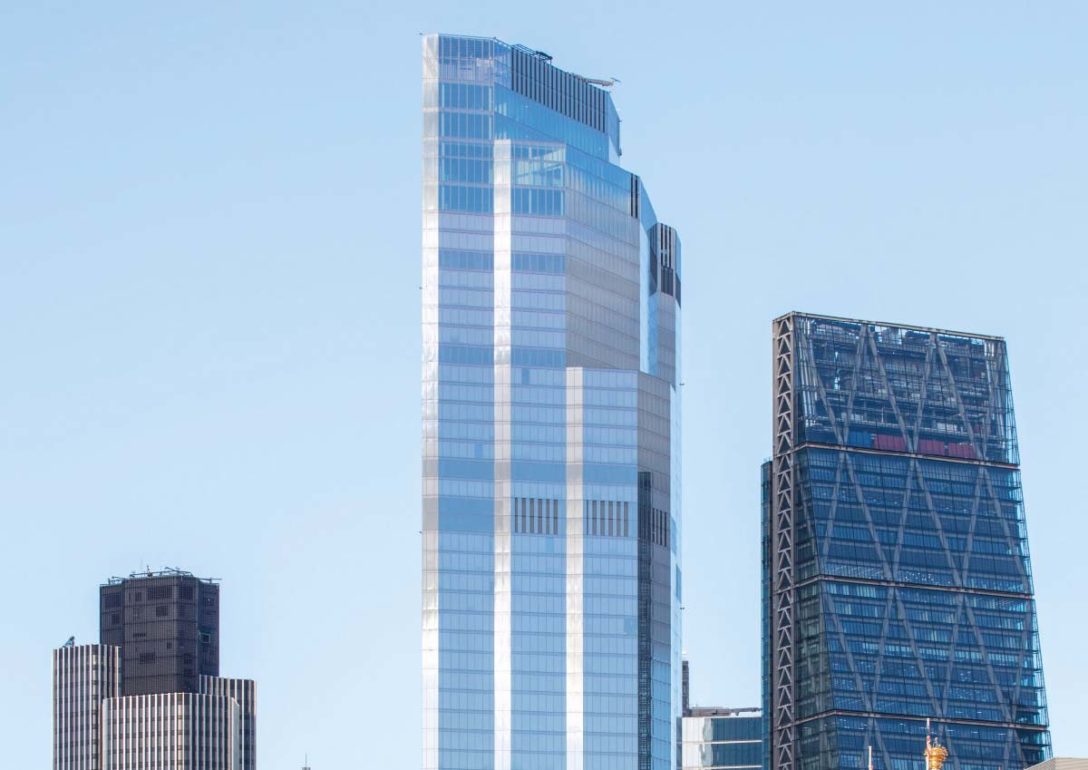 Scan London’s skyline and you should spot 22 Bishopsgate in the City. At 62 storeys and 912 feet high, the office building can boast being the second tallest in the UK.

The property stands out for its investment grade qualities too. In September, US lender Bank of America provided £1.25 billion (€1.4 billion) of financing to owner AXA IM Alts for the skyscraper, of which the French insurer platform completed development in 2020.

22 Bishopsgate has been a long-awaited project. Its development plans have changed remarkably over the years preceding its completion as the “23-sided, faceted glass form”, as it is described by its architect, PLP Architecture.

£1.25bn
Financing provided by Bank of America for 22 Bishopsgate

Construction began in 2008 for a tower dubbed ‘The Pinnacle’. The original plans designed by architecture firm Kohn Pedersen Fox Associates envisioned a distinctive ‘helter-skelter’ shape, with construction funded by a consortium of Saudi Arabian investors. The ensuing global financial crisis put paid to those plans in 2012.

Development resumed in 2015 after the plot was sold for £550 million to a consortium led by AXA IM Alts, with London-focused Lipton Rogers as development partner.  A subsequent redesign by PLP resulted in the construction visitors see today: an office-led property offering some 1.3 million square feet of workspace and over 43,000 square feet of ancillary amenities, including restaurants, shops and viewing galleries.

The Brexit vote threatened to derail the project, according to a report by Bloomberg at the time, with AXA stating it would “revisit the options” on its development should the UK leave the EU – but only momentarily. Despite a ‘leave’ outcome from the referendum, AXA maintained its commitment to the scheme and 22 Bishopsgate was finished four years later.

Such is the quality of the end product that Bank of America was confident to solely underwrite and subsequently syndicate the refinancing – evidence of how this building stands out on financial terms, as well as for its visual contribution to London’s skyline.