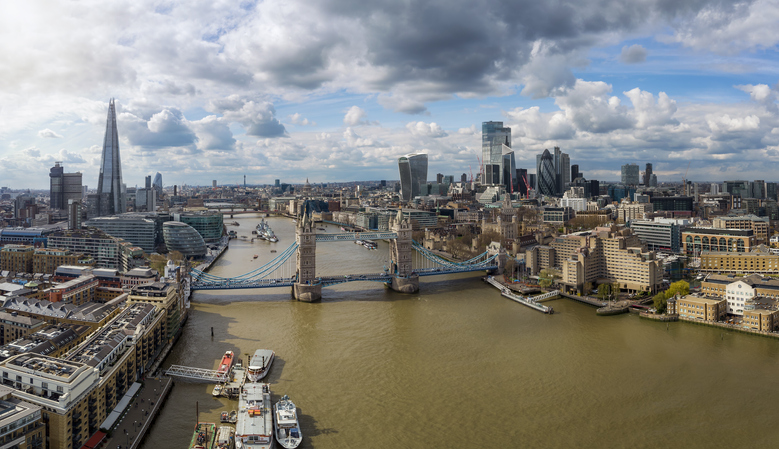 Lenders to UK commercial real estate capitalised on the sector’s recovery from the covid-19 crisis in 2021, resulting in a 48 percent increase in loan origination compared to the previous year, new research shows.

Nicole Lux, senior research fellow at the business school, told Real Estate Capital Europe the results of the survey of 76 active lenders – comprising 36 banks, 11 insurers, and 29 other lenders – showed the property financing market returned to growth mode following two years of decline. “In the first quarter, there was a backlog of deals for lenders to work through,” she explained. “But the real surprise was the volume of new financing deals in the second half of the year, focused on funding new acquisitions. Everybody had an urge to do business.”

Expectations during 2021 that interest rates would rise also likely factored into the increase in financing activity, with sponsors aiming to lock in debt at last year’s rates, Lux added. In total, refinancing accounted for 52 percent of last year’s origination volume, with the remainder funding new acquisitions and developments.

Despite debate about the post-pandemic future of offices, the report showed lender appetite to finance prime offices remained strong, with 94 percent of lenders willing to finance the sector. Of the UK’s total outstanding £174 billion debt pile, 26 percent of exposure was related to offices – relatively unchanged from the previous year.

In-demand logistics was also popular among lenders, with 92 percent indicating appetite. Lender exposure to logistics increased to 12 percent of the overall UK loan book. Residential property as a proportion of the UK loan book grew to 21 percent, from 18 percent at the end of 2019 – a 20-year peak.

Lender exposure to retail declined to 14 percent of outstanding UK loans. However, there were indications that lenders will consider financing shopping property. More than half of those polled indicated they would finance prime retail, although only nine lenders said they were actively quoting margins for secondary retail.

According to Lux, the abundance of debt capital available in the UK market, including increasingly from non-bank lenders, supported last year’s bumper origination volume. “The debt funds were geared up to do business, having raised investor capital, so there were many more specialised pots of capital available in the market,” she said. “This has also enabled banks to partner with alternative lenders, to provide sponsors with the leverage they need.”

“The UK banks need to do a lot of volume to replace maturing loans, so they have still done a lot of volume,” Lux explained. “International banks have also been relatively active, and we have even seen some engaging in speculative lending, which they haven’t done for years. Some banks are determined to support the ESG transition of existing stock, so they are backing those borrowers they see as advanced in their thinking in this area.”

Bayes noted an increase in loan margins across sectors last year. Prime office loan margins were up by 25 basis points, with prime industrial up by 23bps.

“Loans have become more expensive across the board,” explained Lux. “Last year, lenders were already factoring in an interest rate increase, and a lot of lenders started writing fixed-rate loans. In fixed-rate loans you need to price in potential rate rises because you’re stuck with the rate for the next five years. Lenders could see rising swap rates, and everybody expected the announcement from the Bank of England in January.”

Although the survey did not reveal a significant change in loan-to-values, Lux added that conversations with lenders highlighted that many are willing to offer higher leverage to sponsors. “A lot of lenders are happy to go over 60 percent again. We don’t see the average moving much yet, but because we see a large range of whole loan providers, that brings up the average.”

The report also showed commercial real estate lenders in the UK have emerged from the pandemic crisis with relatively limited distress in their loan books. Underperforming and defaulted loans reduced from 4.5 percent of the debt pile to 2.3 percent during 2021, which Bayes said was a significant decline.

“That was a remarkable finding from the report,” Lux said. “There were a lot of LTV breaches during the pandemic, but people have worked through this, tenants are paying rent again.”

However, the report showed greater default risk is concentrated within the market’s smaller lending platforms. The weighted average default rate of lenders with £5 billion-plus books was 1.1 percent, compared with 4.1 percent for smaller lenders, with sub-£1 billion loan books.

As part of the survey, lenders were asked about environmental, social and governance policy, to which 41 lenders – just over half of those sampled – replied.

“I don’t think this suggests lenders are behind on ESG,” said Lux. “But they are looking for guidance from regulators or industry bodies before making decisions. Lenders say there is lot to consider around ESG, and there is not a lot of actual data yet, with which to measure ESG performance. So, lenders are making progress, but it will take some years.”

Of the lenders that replied, 46 percent indicated they require minimum EPC requirements in deals. More than half of respondents said they would allow for lower margins in loans deals for properties with high ESG standards – up from 43 percent in the mid-year 2021 survey. Meanwhile, 19 lenders said they would penalise projects that were not up to the latest ESG standards.