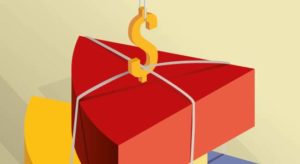 Balance sheet lenders and life insurance companies are likely to benefit from an uptick in demand for syndication as spreads in the US CMBS markets continue to widen considerably, according to Aareal Bank.

The German lender, whose subsidiary Aareal Capital Corporation last week arranged a $370 million syndicated green loan for New York office REIT SL Green Corp told Real Estate Capital that the first half of 2022 had been “extremely active” in part due to a pullback from CMBS lenders.

While Douglas Traynor, CEO of Aareal Capital Corporation, said he foresaw that liquidity would be impacted during the second half of this year, owing to geopolitical issues such as the Ukraine war, high inflation and rising interest rates, he added “given these issues, the pricing and loan spread environment is very attractive. We expect to be more selective yet focus on very profitable deals for the remainder of 2022”.

Traynor said that green lending was playing “an increasingly important role” in Aareal’s business in all asset classes and this was expected to be maintained, if not further increased.

Publicly traded companies like SL Green were under more pressure than private firms to focus on ESG, and therefore the lender had seen an increased interest in green lending from public REITs, Traynor said.

The lender syndicated about $290 million of the $370 million SL Green loan to banks which include Crédit Agricole Corporate & Investment Bank, Helaba and Deutsche Pfandbriefbank.

The new financing, which had interest at a floating rate of 2 percent over Term SOFR, is to be used by SL Corp to refinance its share of New York’s 100 Church Street office property, which underwent a major refurbishment in 2010.

The bank launched the Aareal Bank Green Finance Framework for Lending in June 2021, after which Traynor said it had seen a “steady increase in interest and demand for green loans in all the regions” it was currently active in.

“Professional and institutional borrowers are increasingly implementing ESG-strategies in order to meet requirements from investors, tenants and regulators and green loans enable them to illustrate ESG-credentials, so we expect this trend to continue,” he added.

North American lending accounted for 18 percent of Aareal’s origination activates during the first quarter of 2022, with 40 percent originated mainly in Western Europe, followed by 14 percent in Southern Europe. The lender has been focusing on logistics, with 33 percent of loan origination backed by such assets. But Traynor said that current climate was presenting opportunities across markets and sectors where it was active.

“Hotels, for example, are currently generating high room rates and are well booked, and the recovery there is very encouraging. Logistics also continues to do well. And in offices, despite the home office debate, we are not currently seeing the major vacancy rates predicted by some,” said Traynor.

“Overall, the fundamental trends remain intact, and we are well positioned to take advantage of them. We are paying even greater attention to good locations and asset quality given the assessment of the potential impact of the geopolitical uncertainty is very difficult at this point in time,” he added.