Over 25 percent of CRE Senior 10 – circa €400 million – has already been deployed, a quarter of which in the US, through mortgage loans and bonds. CRE Senior 10 is AXA IM – Real Assets’ first debt fund to have an initial mandate in the region, with an allocation to the US of up to 25 percent. The firm said this expanded reach is supported by the “continuing strength of the US economy”.

Commitments for the fund have been received from 19 institutional investors across Europe, 84 percent of whom have invested previously in AXA IM’s real estate debt platform, as well as four new clients, the firm said.

By January, the fund had raised €1.4 billion of capital in just over six months. The vehicle’s final closing takes AXA IM – Real Assets’ total debt commitments to more than €14 billion.

“The fact that we have already deployed over 25 percent demonstrates our ability to continue to deliver on our plans. It also reinforces our strategy of capping our fund raise to ensure our clients’ funds are not sitting idle but are deployed as rapidly and prudently as possible,” said Timothé Rauly, head of funds group at AXA IM – Real Assets.

In May, Rauly told Real Estate Capital that the firm was considering increasing its focus on the US market amid an “advanced” European real estate cycle.

He said the firm lowered its risk appetite in the European real estate debt market, because it was being challenged by a potential pricing issue.

Rauly added the firm was looking at loans priced above 150 basis points over three-month Libor in the US, which after hedging costs breaks back to more than 200 bps, often for a lower risk, lower leverage and shorter maturity than comparable deals in Europe.

“Eighteen months ago, pricing was far more appealing in the US than in continental Europe. The discrepancy is less obvious now, but there is a different risk. The US does not behave like London or Paris. There is a premium and there is a diversification benefit,” Rauly said. 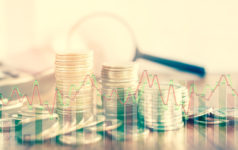 Data 30th March, 2020
Added to your Saved Articles
Loading
Unsave Article
Please confirm you would like to remove this article from your saved articles.
Share with other subscribers
Only logged in subscribers of this site will be able to access the shared article.