It was a long time coming, but when the global agreement of the final Basel III package of proposals was confirmed on December 7, the reaction in the UK banking sector was swift and largely positive.

The major banks were among the biggest risers on the London Stock Exchange the following day, with Lloyds Banking Group leading the way, its shares up nearly 4 percent.

This was the shareholders breathing a collective sigh of relief that the impact of the revised capital rules – widely known as Basel IV because of what bankers regard as its significantly revised requirements – could turn out to be less severe than many had feared as recently as a year ago.

Within real estate lending, too, the initial assessment by the Commercial Real Estate Finance Council Europe is that UK banks will end up on a more level playing field with their counterparts elsewhere in Europe, particularly the German and French banks, which have enjoyed a competitive advantage.

The European Banking Authority also responded swiftly with its official estimate of capital requirements as a result of the Basel Committee on Banking Supervision’s reform package. Based on 2015 data, the EBA says EU banks would need €17.5 billion of additional CET1 capital to comply with the new framework, while the total capital shortfall would be €39.7 billion. That equates to an average increase in minimum capital of 12.9 percent.

Yet, much will depend on the interpretation of Basel IV by national regulators and the strategic response from the banks themselves. Shareholders may have given their instant approval, but they will also expect to glean more insight on the likely impact on individual balance sheets during February when the UK banks present their full-year 2017 results. As to whether Basel IV will achieve its overall objective of a more robust banking system, it is far too soon to tell. The revised set of standards will not take full effect until 2027 – two decades after the financial crisis that precipitated Basel III. 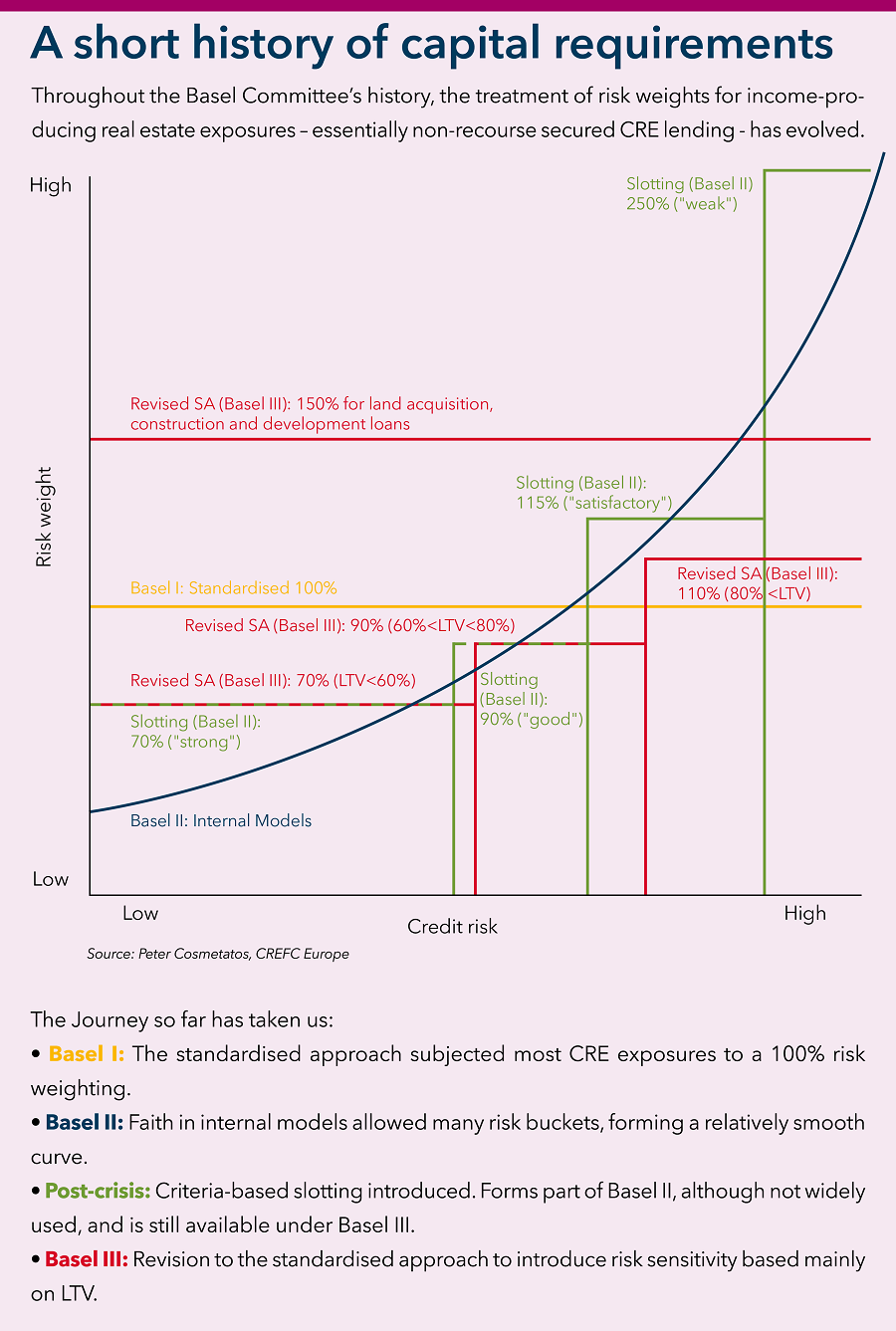 The Basel Committee started the process in 2014 and it was due to be settled just over a year ago but ground to a halt, mainly because the US and Europe disagreed over how banks should calculate their risk-weighted assets (RWAs). A final breakthrough compromise resulted in one of the main features of Basel IV – the introduction of a 72.5 percent ‘output floor’, below which banks will not be allowed to use internal risk models to cut RWAs.

This is a big turnaround from the Basel Committee’s position 18 months ago when, under pressure from the US, it suggested that banks should not use their own internal ratings-based models (IRBs) for allocating risk weight but instead have their loans ‘slotted’ in a similar way to the UK’s slotting regime. This alarmed German and French banks, which tend to use their own internal models to calculate RWAs – rather than the so-called standardised approach – and feared they would lose their competitive edge when it came to writing loans, if they had to set aside larger sums of capital as a buffer.

In finally reaching agreement on the 72.5 percent floor, the quid pro quo for the German and French banks is clearly the delayed, 10-year phase-in of Basel IV. The German central bank described the final package as one “stakeholders can live with”, which sums up the view among the specialist real estate lenders, too.

“The introduction of an IRB output floor will have an overall effect on the real estate market. However, the effect on the German banking sector will be similar to other countries,” says Thomas Staats, Deutsche Hypo’s head of origination, international property finance. “Against the background of the new requirements, it is more important than ever to weigh up risks and focus on quality, which Deutsche Hypo does. We also expect Pfandbriefe to remain extremely liquid and attractive to investors.”

Assem El Alami, head of real estate at Berlin Hyp, says that, though the bank “naturally feels the effects of the regulatory requirements which will come into force through Basel IV”, it remains resolute in its approach to real estate lending. “We are monitoring closely those effects on our balance sheet and improving our equity capital ratios,” he says. “Basel IV means that cost of capital will increase, thus the costs of funding for our clients. And the more we move up the risk curve, the more significant the increase will be. This, among other factors, confirms our strategic approach: we remain extremely risk-aware and emphasise the importance of quality over quantity.”

El Alami adds: “The German real estate market is currently very strong. Competition among lenders and pressure on margins have increased strongly over the past few years and will continue to do so as a result of Basel IV. We do expect risks to grow in the current market. We will therefore have to remain vigilant. The market in Germany will continue to be challenging and exciting. And let’s not forget, not only the German banking market is affected by the repercussions of Basel IV.”

In fact, the long transition period for Basel IV – though ostensibly introduced to sweeten the deal for the German and French banks – is just as beneficial to UK banks, including the real estate part of their loan books.

“What it means is that for loans being made now or in the next couple of years, the impact is likely to be relatively modest and it will gradually crank up as we get closer to the 2027 date,” says Peter Cosmetatos, chief executive of CREFC Europe. “For slotted banks [in the UK], I suspect when they’re looking at the economics of their real estate lending, they really won’t worry at all about the implication of minimum floors because risk weighting under slotted is generally – with some exceptions – lower than it is under standardised.”

Cosmetatos suggests that Basel IV may help direct more capital towards commercial real estate if other parts of the book are IRB and become subject to the new, minimum capital floor. “If you are a slotted bank and the rest of your balance sheet is IRB and would therefore become less profitable as minimum floors begin to take effect,” he says, “you might feel it’s worth channelling a little more of your capital into that part of the business where the profitability is unaffected by the impact of minimum floors because, relatively speaking, it becomes more attractive than other parts of the business.”

However, the devil will undoubtedly emerge in the detail of a reform package that the Basel Committee says includes “more risk-sensitive approaches” to both residential and commercial real estate exposures.

According to Simon Hills, director, prudential policy, at City lobby group UK Finance, the focus so far on the output floor “ignores other elements of the finalised framework that achieve the shared industry and regulatory objectives of making it more risk sensitive by aligning standardised risk weights more closely with the IRB approach”.

In particular, he says, the UK’s specialist and challenger banks will “welcome the realignment which should have the added benefit of increasing competition and consumer choice in the important UK mortgage market”.

For others, such as Deutsche Hypo’s Staats, the outlook is even more straightforward. “European real estate markets are extremely attractive to investors, and real estate financing is accordingly important,” he says. “We do not expect this to change significantly as a result of Basel IV.”