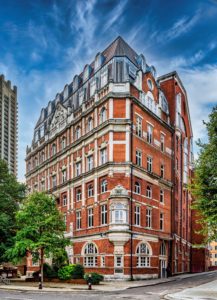 US investment firm Apollo Global Management has provided a £51 million (€60 million) bridge loan to the owner of a vacant City of London office building, in a deal designed to ready the property for a comprehensive redevelopment, Real Estate Capital Europe can reveal.

Apollo’s three-year, floating-rate facility will fund the acquisition and predevelopment of the 107,000-square-foot building, which is located close to London’s iconic Barbican estate. It will enable Castleforge to finalise its repositioning strategy for the asset, build a team of consultants, obtain planning consent and carry out the procurement process for the main building contract.

Ben Eppley, Apollo’s head of commercial real estate debt in Europe, told Real Estate Capital Europe the “transitional” deal is representative of the type of financing business Apollo has been doing in Europe in the past year. “It is a bridge to the next stage of the redevelopment,” he explained.

“We share Castleforge’s view that the future market for ESG [environmental, social and governance] compliant office space is underserved. Newly renovated office space benefitting from the latest technology and energy efficiency systems will thrive in a market where there is tiering. We will see some offices simply become obsolete, and newer assets differentiate themselves and therefore benefit from more debt liquidity and investment market demand,” Eppley said.

“We took a view early on that, first, the urban office concept won’t go away and, second, it needs to be the right class A property to thrive.”

The facility reflects a loan-to-cost ratio of around 60 percent. It was provided by Apollo on behalf of its insurance company platform. Apollo’s European property lending business provides senior and mezzanine loans in Europe on behalf of annuity provider Athene, with which Apollo is due to merge in a deal expected to close in January 2022, as well as insurance and reinsurance group Athora, in which it owns a stake. It also lends on behalf of a New York-listed mortgage real estate investment trust – Apollo Commercial Real Estate Finance.

Apollo’s permanent capital base enables it to lend against both stabilised and transitional assets as well as ground-up construction schemes, Eppley said. “We can do such a wide variety of deals, so we see most of the market. It gives us advantages in terms of market intelligence and dealflow.”

Eppley said competition among lenders to finance offices is intensifying. “It has changed massively during the year. At the start, we were one of the few open for business. But during the year, deals have become more competitive. However, there are fewer lenders looking to finance transitional properties of the type we look for.”

In general, Eppley says the European property lending market became more fragmented due to the pandemic, with different types of organisations focusing on their preferred sectors, and risk appetites varying between lenders. He noted, however, a greater willingness during autumn 2021 for lenders, including investment banks and alternative lenders, to expand their activities.