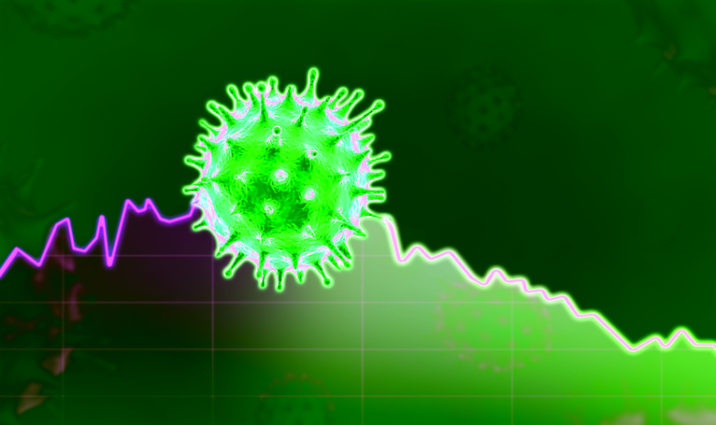 Falling property values due to covid-19, combined with lenders providing less leverage, will result in some borrowers struggling to refinance their real estate loans in the coming years, according to new research compiled by AEW Europe and shared with Real Estate Capital.

The investment manager found that although loan-to-values were far lower in the years preceding the coronavirus outbreak than they were in the run-up to the 2007-08 global financial crisis, major European markets face a debt funding gap between the amount of property debt due to mature in 2020-23 and the volume of capital that will be available to finance it.

The UK debt gap is expected to be around £30 billion (€32.7 billion), representing 16.6 percent of outstanding loans. Although significant, it is less than half the £70 billion gap seen in 2008-11 in the wake of the GFC, which accounted for 30 percent of loans. The UK gap is expected to be largest in 2022, at £6.2 billion, as loans provided against high property values during 2015-18 reach maturity.

“We have monitored real estate debt for several years, and most data suggested there was not a big problem looming as market level LTV figures were generally modest. But then covid-19 happened,” explained Hans Vrensen, head of research and strategy at AEW.

“The good news is, this time around, we expect much less of a refinancing issue than after the GFC, but it is still a significant problem,” he added.

While the refinancing gap in the UK and Germany looks likely to be large, AEW found that a high proportion will be concentrated on loans backed by properties in the struggling retail sector. Around 45 percent of the UK’s debt gap is expected to be accounted for by retail-backed loans, while as much as 75 percent of Germany’s gap will relate to retail.

“We expect retail values to be hit more by covid-19-related rent shortfalls in the short term and continued e-commerce impact in the longer term,” explained Dennis Schoenmaker, associate director in AEW’s research division. “But the research shows other property sectors will be more resilient, meaning borrowers with non-retail collateral should be able to refinance most of their properties.”

It reached its debt gap figures for each country by identifying the outstanding principle debt amount due to mature in 2020-23. It calculated the likely value of the underlying real estate collateral at loan maturity by applying its in-house capital value decline forecasts. It then worked out the likely amount of new debt available by applying market intelligence on lenders’ appetite for leverage in the wake of the onset of covid-19 across the coming four years.

“After the GFC, our data show that LTVs remained largely stable for the following years,” explained Schoenmaker. “For most sectors, we applied a 50 percent LTV based on leverage levels seen in 2020, but for retail this was reduced to 45 percent in the UK.”

Vrensen added: “Our finance and debt fund colleagues also tell us that banks are pausing to take inventory of their books and to consider whether they need to take write-downs on loans, so most are focusing on refinancing existing clients.”

AEW said that, in the years ahead, lenders and borrowers are likely to negotiate to find solutions to the refinancing gap, as was the case in the wake of the GFC. During the years after the GFC, the debt funding gap was bridged by a combination of banks selling non-performing loan positions for a discount and taking write-downs on their balance sheets, or by investors topping up their equity to protect their assets against lender enforcement.

Based on historical data on bank write-downs and non-performing loan sales, the research team assumed that the remaining 45 percent of the debt gap post-GFC was bridged by investors injecting new equity into deals. On the same basis, it calculated that borrowers in the UK and Germany will be required to provide €39 billion of additional equity in the next eight years.

Vrensen added that Europe’s banks are in a far stronger position than they were ahead of the GFC, meaning they are better positioned to take losses.

He added that non-bank lenders are unlikely to solely bridge the refinancing gap. “A lot of alternative lenders are focused on high leverage/return lending, so unless the borrower and senior lender accept a new mezzanine piece, it is unlikely to work. The proportion of non-bank lenders in the market also remains modest for now, although we continue to favour a diversification of lending sources to increase the stability in the lending markets,” Vrensen said.