AEW and Ostrum Asset Management have held a first close for their third real estate debt fund, bringing total capital raised for the vehicle to €200 million.

The joint venture partners, which launched their Senior European Loan Fund III in July, expect to hold a second close by the end of this year, with a target of €400 million.

“For this close, we have targeted the same anchor investors that made allocations to SELF II. In the second close, there will be a mix of existing and new investors,” Arnaud Heck, co-head of the platform, told Real Estate Capital. In April, Heck said that investors in the fund would all be from Europe, and predominantly from the insurance sector.

“Owing to our track record in pan-European sourcing and investing, with three funds in the series and two mandates, investors already know us. They are increasing their investment allocations, some of them by three or four-fold since the inception of the Ostrum/AEW debt platform,” Heck said.

The firms expect to raise around €700 million within three closings of the vehicle. The capital will be deployed in senior lending deals across Europe, excluding the UK. The fund’s target return will be in the range of 2.3-2.5 percent.

“Our target return is leaning more towards 2.5 percent for a risk scoring expected to remain investment grade, like SELF II,” Cyril Hoyaux, co-head of the platform, said. “Our ability to deploy capital in different jurisdictions on the back of our pan-European strategy allows us to adjust and select the best opportunities to capture yield. We have now seen, for instance, slight margins widening in Germany. We are intervening where it is best for our investors, whether as a sole lender, in small club deals or sometimes in wider syndicated transactions.”

Through SELF III, the partnership has already made a €30 million debt investment in a Spanish club deal. The partnership has more transactions in the pipeline, in countries including France, Germany and the Netherlands, as a sole lender or as part of club transactions. “SELF III follows its predecessor’s strategy of building a diversified pan-European portfolio of senior loans across different real estate asset classes,” Hoyaux said.

SELF II, which AEW and Ostrum launched in March 2016, raised a total of €550 million. By March, the vehicle was fully deployed across 17 deals, generating a gross return close to 2.5 percent. The commitments in SELF II were deployed across France, Germany, Italy, the Netherlands and Poland. In terms of asset classes, the fund was invested mainly in offices, but also in logistics, high street retail, light industrial, residential and data centres.

Like its immediate predecessor, SELF III will not target the UK, which was a core market for the first vehicle in the series. Investors’ views on Brexit uncertainties and volatility of the currency exchange rate have been cited as reasons to exclude the UK market. However, the new vehicle will have the capacity to target more geographies than SELF II, such as Portugal, Belgium and Ireland.

Through the new fund, AEW and Ostrum will deploy capital in deals with loan-to-value ratios of up to 65 percent. Maturities will typically range from five to seven years, though longer-term debt – of up to 10 years – may also be provided. 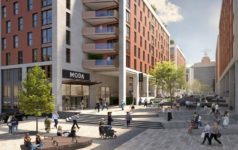 Why LaSalle is backing BTR residential in Leeds 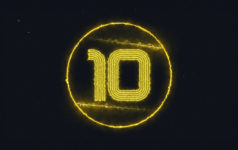 Top 10: 2019 saw our readers focus away from the mainstream