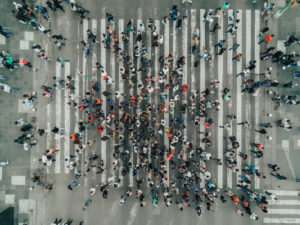 Typically, those crowdfunding platforms targeting a slice of the European real estate financing market originate debt or equity investments themselves, funded by capital raised directly from their investor base. In this case, a stake in lending activity originated by an established debt fund manager – Venn – is being offered to online investors through BrickVest’s platform.

Essentially, BrickVest is investing in Venn’s fund, which is otherwise invested in by large-scale institutions. BrickVest’s investment is offered to its target base of high-net-worth individuals, family offices and smaller-scale pension funds; the types of capital providers that would not individually invest in the lot sizes which meet debt funds’ minimum volumes.

If firms like Venn were the new kids on the real estate finance block at the turn of the decade, aiming to disrupt the traditional banking market, then upstarts like BrickVest make them look like part of the established order. Emmanuel Lumineau, the former Goldman Sachs investment banker who heads BrickVest, says his firm aims to “break down the barriers” in the industry to provide the platform’s investors with products previously only accessible to “elite” institutional players.

This is not quite the democratisation of real estate finance, but it certainly taps into a world of investors who would not usually be able to access the sector. Rather than retail money, BrickVest’s investors are ‘professional clients’ deemed by regulators to be wealthy enough, and educated enough in investment, to participate.

So, how significant is this?

In the grand scheme of things, the crowdfunded element of Venn’s fund is likely to be minimal. Venn raised £185 million (€212 million) for its fund, VeCREF I, by its second close last January and is targeting a total £250 million final close. BrickVest’s investors tend to commit in the thousands or tens of thousands.

Arguably, the real benefit for organisations like Venn in aligning themselves with fintech firms like BrickVest is in the marketing value. Debt funds operate in a competitive environment and backing innovative ventures like fintech start-ups helps them to stand out and spread the word about their activities. The capital raised in the process is of course a benefit, but is likely to be well below the amount an institutional LP would invest.

Investment Property Forum statistics published last December showed that, globally, around $7 billion of commercial real estate debt crowdfunding capital was raised by the end of 2015. In the UK, crowdfunding platforms originated less than £1 billion of loans in 2015.

In a wider context, the Venn/BrickVest arrangement can be viewed as an interesting example of a trend in the financial markets. Technology-driven fundraising might be a nascent part of global finance, but its long-term potential is huge.

It will be fascinating to watch how seriously those managing traditional sources of capital will take the emergence of fintech and whether they will attempt to harness its potential. Venn’s partners clearly feel that being a part of BrickVest’s story is a positive for it.