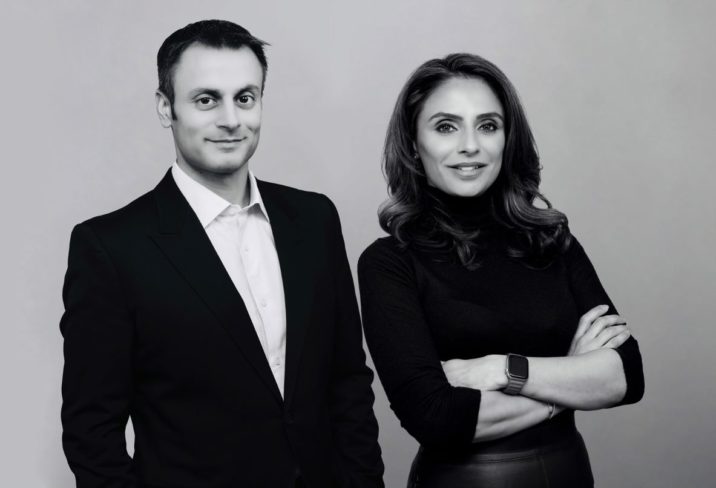 At the helm is husband-and-wife team Randeesh and Daljit Sandhu, primarily known as the co-founders and, respectively, former chief executive and chief operating officer of Urban Exposure – also a UK residential development lender, which was launched as a developer in 2002, listed on London’s AIM stock exchange in 2018, and is currently subject to an orderly winding down.

The Sandhus stepped down from their roles at Urban Exposure in June 2020 as part of the wind-down strategy, which was set in motion by a shareholder call for a company restructuring in November 2019. Just nine months after leaving their former company, they have made their return, with a new backer, to a market they argue remains acutely undersupplied by traditional lenders.

Joining them at Précis is Karen Dunstan, a real estate finance lawyer who also worked as a general counsel at Urban Exposure. The new company is aiming to lend up to £1 billion (€1.2 billion) each year to fund large residential schemes, including build-for-sale, build-to-rent, retirement living, co-living, and student accommodation.

Real Estate Capital caught up with Randeesh and Daljit Sandhu to discuss the opportunity in UK residential construction finance, and how their new company will differ to their previous one.

At Urban Exposure, the Sandhus provided around £2 billion of development finance from 2010 onward. Daljit Sandhu, who is chief operating officer at Précis, said residential construction finance is a “natural fit” for the couple. “We have been in the UK residential development sector for almost 20 years, and providing finance for a decade,” she says. “We have deep knowledge and experience in this niche sector.”

The sector continues to offer a broad range of financing opportunities, she explains. “There is a shortage of finance for residential housing development and also a structural shortage of housing in the UK, so there is also demand for the underlying asset class.”

Précis is looking to provide whole loans of £50 million or more which, according to Daljit, further increases its financing prospects. “There is even less capital targeting large loans because they are more complex. These development projects take a lot of experience and expertise to underwrite and are harder to manage,” she says.

In addition to being a good time to step in and fill this widening funding gap, exacerbated by the pandemic, the current market environment also brings opportunities for a new “purpose-led” approach to lending, she adds.

She explains that Précis is working on the development of green and sustainable finance products, which will aim to align loan terms to the achievement of pre-determined sustainability performance targets. “This year is pivotal for the UK’s construction industry, so we aim to help the industry transition towards net-zero targets with sustainable build standards, adopting technology and embracing modern methods of construction.”

Précis is not the only company aiming to take advantage of the financing shortfall in the UK’s residential property sector. Other specialist platforms have either launched, or expanded their scope, this year. In January, Oaktree Capital Management backed the launch of Silbury Finance, a new debt business also targeting the sector. In March, Hilltop Credit Partners, owned by investor Round Hill Capital, secured investment from multi-manager Metropolitan Real Estate to lend £300 million against UK residential property.

Randeesh Sandhu explains that, although Précis is a portfolio company of TowerBrook, it plans to expand beyond the private equity firm as a funder, including possibly with a debt fund.

“Right now, we are bringing in other external partners in joint ventures or syndications, which tend to be people we have previously worked with, but we would like to launch our own commingled fund over time,” he says. “We provide finance to UK developers but also syndicate loans and manage third-party capital for external capital providers.”

According to Daljit, the timing of the launch, against the backdrop of the covid-19 pandemic, could further benefit Précis, as traditional suppliers of real estate finance pull back further from the sector, creating opportunities for alternative debt providers.

“Banks have been retreating from development finance since 2008, as regulatory changes have forced them to give the sector a higher risk weighting,” she says. “Following the global financial crisis, they retrenched from lending to SMEs, which is why Urban Exposure was so successful. But now, we are seeing them retrenching also from larger ticket loans, which presents us with good opportunities.”

The road to Précis

With the backing of TowerBrook, which has raised more than $17 billion of funds to date, Précis will have a different company structure to Urban Exposure.

The circumstances that led to the winding down of their former company began in November 2019, when a company owned by real estate investor Robert Tchenguiz, which owned 12.6 percent of Urban Exposure’s shares, put forward a restructuring proposal intended to “restore shareholder value”. At the time, Urban Exposure’s shares were trading at a 25 percent discount to net asset value.

“It had become increasingly apparent to us that being a listed, mid-cap stock was not the appropriate ownership structure for a development lending platform at the time,” comments Randeesh. “We were in the business of long-term investing and holding loans to maturity, and that was going well – we had a great team, excellent funding relationships and a performing loan book.

“But there was a disconnect between Urban Exposure’s fundamental performance and how it was being valued in public markets. Urban Exposure’s share price had been impacted by negative sentiment towards UK small- and mid-cap stocks as a whole from mid-2019 onwards and therefore was trading at a significant discount to net asset value.”

In March 2020, the company announced it was in talks to sell its £564 million loan book to investor Pollen Street Capital, as part of a plan which would also involve a sale of its asset management business to existing management, delisting from the AIM, and liquidation of the company.

However, the loan book sale did not happen. In May 2020, Urban Exposure announced it would focus on managing its existing loans to maturity. “The board decided that the best thing to do was stop new lending and let the existing loan book wind down, which would return par on the loans to shareholders,” Randeesh explains.

In September 2020, Urban Exposure announced expected shareholder returns from the wind-down strategy to be within a 72p-78p per share range.

Looking forward, Randeesh says institutional backing is the optimum structure for a company like Précis. “In TowerBrook we have found an extremely high-quality institutional backer with extensive experience of investing in private markets and alternative, illiquid asset classes for the long term.”

He adds: “That was fundamental to the business plan for Précis from the outset – our experience has clearly underlined that it’s currently the best structure for the kind of business we want to grow.”