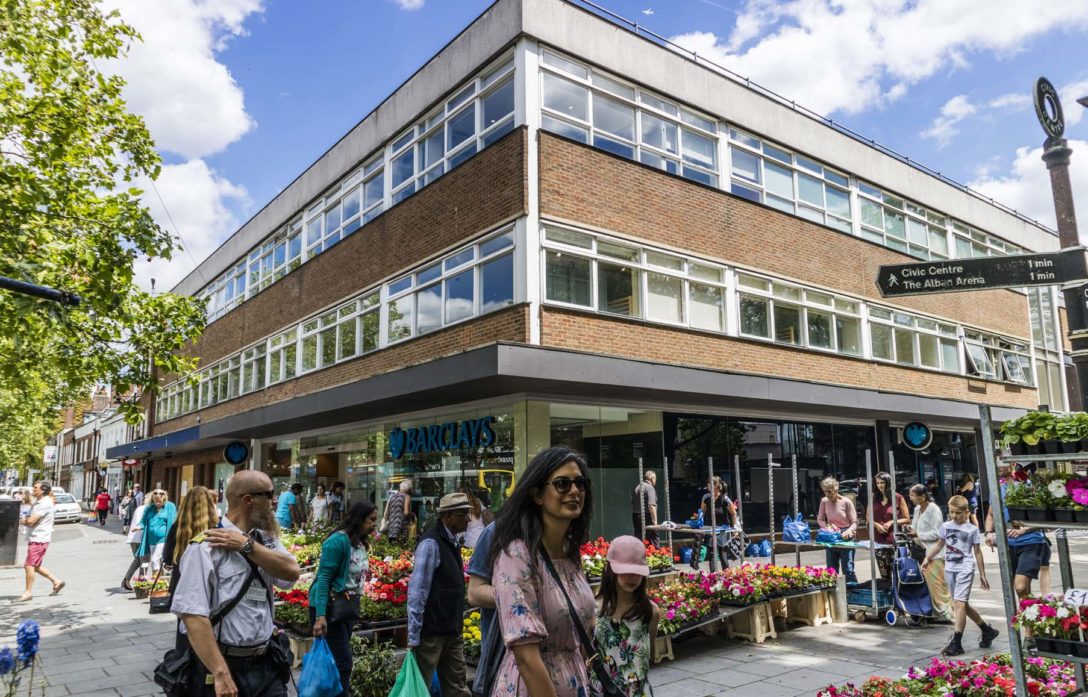 “Unusually high and sustained outflows from the M&G Property Portfolio have coincided with a period where continued Brexit-related political uncertainty and ongoing structural shifts in the UK retail sector have made it difficult for us to sell commercial property,” the London-based investment business of UK insurer Prudential said in a statement.

The suspension marked the first time a UK retail property fund – known as such because of the funds’ retail investor base – had been gated since immediately after the Brexit referendum vote in 2016. At the time, M&G, Aviva Investors and other large UK fund managers suspended trading for several months after being inundated with redemption requests from investors.

The gating of one of the largest UK open-ended property funds reportedly came after investors withdrew more than £1 billion from the vehicle over the past year on the back of generating the worst performance among its cohort, with a -7.29 percent return as of December 2019. The £1 billion accounted for nearly a third of the £2.8 billion redeemed across UK open-ended real estate funds over the 12-month period, according to Chicago-based investment research provider Morningstar.

A year of exits

Indeed, 2019 marked the largest and most prolonged exodus of capital for such vehicles, with December capping a record 15 consecutive months of outflows, according to Calastone, a London-based global funds transaction network.

The investor exits have only mounted since then. After the M&G fund suspension, investors increased their redemptions from other UK property funds, withdrawing a net £314.4 million in the final month of the year. According to Calastone’s Fund Flow Index, the value of sales in real estate funds was more than double the value of buys at year-end 2019. Such a buy-sell imbalance was exceeded only by the disparity seen after the referendum in July 2016, when sales outweighed buys by a 4.4:1 ratio, the firm says.

“Although some funds have fared better than others, the net selling has been pretty indiscriminate,” says Edward Glyn, head of global markets at Calastone. “The suspension of a major fund in December has only spurred further outflows from the sector, as investors fear their capital becoming trapped in funds unable to trade.”

Against such a backdrop, maintaining cash levels has been a challenge for some UK property funds. “Real estate funds are now caught between a rock and a hard place,” says Glyn. “To cope with consistent outflows, they must hold very high cash balances, of as much as 30 percent in some cases.”

In fact, high cash weightings may actually be spurring additional outflows as investors reject paying management fees for a fund portfolio that is not fully invested in property, says Glyn.

“It’s a skill in itself, managing cash levels as much as managing real estate assets,” says one source familiar with the M&G fund. “When cash levels are too high, then it damages the terms significantly, there’s more drag on returns. So there’s always a balance to strike, which is quite difficult, especially since the flow into funds is highly unpredictable and can be quite volatile; it’s driven not just by circumstances within the fund, but also general sentiment about the economy.”

For Glyn, the M&G fund suspension underscores some of the issues with UK property funds in their current form. “Any changes to the rules that would generate more stability for fund managers would be very welcome, enabling them to hold less cash – which drags on performance – and manage outflows more effectively when they happen,” he says. “This almost certainly means an end to the promise of cash on demand under all circumstances, though such a change would be helpful in the long term.”

Despite recent outflows, other managers are not expected to follow in M&G’s footsteps. The likelihood that other UK open-ended funds would suspend trading is generally limited at the moment, since few firms would want to face the potentially damaging effects of a fund suspension, says Keith Breslauer, founder of London-based real estate manager Patron Capital Partners: “The gating of the fund was quite dramatic to the industry and therefore people are very concerned with brand destruction to the larger managers.”

He explains: “If I was a large manager of multiple fund products and in my real estate business, I were to gate a fund, this could be disastrous for my overall distribution network,” he says. “This is why the M&G situation was interesting, as one would traditionally not expect M&G to provide such a gate.”

The freezing of the M&G fund has been “quite significant” in that UK property fund investors have been examining the portfolios of their respective funds to ensure property valuations are appropriate and to better understand income quality, Breslauer adds. “There is less focus on liquidity and much more on the ability to support the dividend for the fund.”

M&G Property Portfolio is also considered the most challenged of the UK property funds. “Generally speaking, a lot of the retail funds managed to sell quite a bit last year, and I think with the exception of M&G, I don’t believe there are many out there that are currently in a stressed position,” says Jeremy Hodgson, partner in the national commercial investment team at UK property consultancy Allsop.

The M&G fund had a weighting of 38.08 percent to retail real estate as of September 30, according to the fund’s annual report. This higher exposure to the sector, along with lower cash levels relative to its rivals, has put M&G Property Portfolio under more strain than other UK property funds, according to the source familiar with the fund.

M&G Property Portfolio has also had more difficulty selling assets than others, since the fund’s lot sizes are bigger than those of competing vehicles, Hodgson says. More retail transactions closed in the up to £20 million size range than those that were larger, he adds. Moreover, the Brexit- and retail-related pressures that the M&G fund faced at the time of its suspension have now abated, according to Hodgson. He believes the UK general election has restored confidence in the UK property market and will make it easier for the country’s fund managers to sell assets. “The uncertainty, which had a very overbearing effect on the market last year, has dissipated on the back of the general election and the direction of travel with respect to Europe,” he notes. “So this year, it’s going to be an easier selling market for M&G and vendors alike.”

For Glyn, however, the impact of the election on UK retail funds remains unclear. “It’s difficult to tell this early on,” he says. “Outflows have continued in January, which indicates investors remain skittish. However, they have continued at a lower level so it’s certainly not as pronounced. This could suggest that the pressures have eased, though time will tell.”

M&G did not respond to a request for comment.

Meanwhile, Breslauer sees Brexit as far less of the issue compared with the structural shifts within UK retail real estate. These include the rapid expansion of large retail brands and their focus on shopping centres in primary markets instead of secondary locations; the rise of online shopping; changes in consumer tastes and the impact of company voluntary agreements on retail properties.

And while some of these structural shifts are also unfolding globally, the UK retail sector has been particularly hard-hit compared with other markets. “There is more online retail in the UK than in the US or Europe, which could have an impact on investor sentiment and fund performance,” Glyn says.

Retail properties historically have had longer leases in the UK than they have in other markets, which had become an important component of the investment thesis for the sector, adds Breslauer. However, “the fact that these leases are no longer long term, as they are driven by either CVA legislation or failure of tenants, has significantly dampened enthusiasm in British retail assets on a relative basis,” he says.

Hodgson agrees: “Because of that stress that’s being witnessed in that retail sector, retailers are in a more commanding position than they ever have been in terms of their tenant landlord negotiation, which means they’re not signing as long a lease as they’re used to, they’re not signing leases which have onerous repairing covenants.”

In fact, some retail tenants have signed leases where rents are heavily discounted or even zero on a short-to-medium-term basis. This is particularly the case with shopping centres – the most stressed of the retail sub-sectors – in poorer demographic areas in the UK.

Despite this, M&G now has £150 million-£200 million in retail assets from the fund under offer, amid greater investor optimism post-election, according to Hodgson, whose firm represented M&G in the sale in December of six Travelodge hotels across the UK to Investra and recently began marketing a retail corner site in St Albans. Both assets are from the M&G Property Portfolio.

“There is strong investor demand for some of those assets that they’re selling, and I would think once those deals have completed, they’ll have a sufficient cash buffer to reopen the fund,” he says.

That said, the UK retail sector “is still under stress and is likely to witness further stress in the short term,” Hodgson says. “We’re not quite at the end of that road yet.”