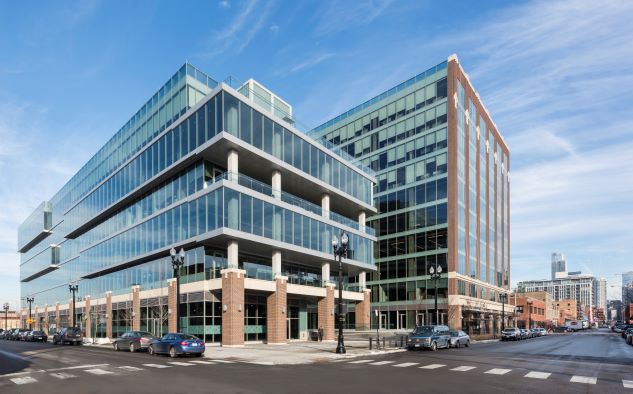 It was a week ago that Stanley Iezman got his first force majeure notice from a tenant at 11 o’clock at night.

Force majeure, a French term meaning “superior force,” refers to an unforeseeable event that renders a party unable to fulfill its obligations under a legal contract. In real estate, force majeure clauses are common in lease, loan, construction and development contracts.

Tenants in multiple countries are now citing the covid-19 pandemic as a force majeure event that has forced them to close their businesses and consequently made them unable to pay rent to their landlords. In the US, for example, at least 30 states have stay-at-home or shelter-in-place orders in effect, with President Donald Trump extending federal social distancing guidelines until April 30.

Iezman, whose firm manages a $10.2 billion portfolio of US office, industrial, retail and multifamily assets, estimates that 15-20 percent of his firm’s tenants have now submitted force majeure notices and more than 50 percent of his tenant base has been subject to shutdowns. “The reality is retail is dead,” he says. “Retail in any area which is subject to quarantine, it’s died. You can’t open.”

Meanwhile, in multifamily, “there’s probably a higher propensity of tenants fundamentally that are not going to pay their rent, particularly in the renter-by-necessity class,” he adds. “Renters by necessity are those who were most affected by this. They are the workers at the lower end of the income scale, who are probably in workforce housing, who have lost their jobs and they cannot pay rent.”

Force majeure and material adverse event provisions “are literally the first issue that our clients raise when we discuss covid-19-related issues with them,” says Paul Meyer, a partner at law firm Mayer Brown’s real estate group. “It is top of mind for lenders, landlords, tenants, borrowers, contractors and developers.”

From a legal standpoint, most real estate leases make it difficult for a tenant to raise a force majeure argument. “Most leases carve out from a force majeure exclusion the obligation to pay rent,” he says. “So many tenants do not have the ability, at least contractually, to raise their hand and say, I want to invoke a force majeure provision.”

However, according to Iezman: “The issue of force majeure is really more practical than legal. The fact is they’re not paying rent.”

But although force majeure may not contractually apply to tenants’ rent payments, litigation is not an option for many landlords. “I don’t think there’s any court in the land that’s going to enforce a contract for non-payment of rent through an eviction process in the next year,” says Iezman. “I think there’s too much political fallout that results from that, even though there may be contractual provisions.”

Iezman says his tenants’ force majeure notices arrived ahead of the Wednesday due date for the April rent payments. He notes that at the last due date on March 1, covid-19 – which the World Health Organization would declare a pandemic on March 11 – was not yet an issue for most US commercial real estate tenants.

The April rent payment cycle “is going to be the litmus test for everything,” he says. However, because tenants are given a 5- to 10-day grace period for rent payments, “the visibility on this is not going to be seen until April 15, which is really the first time we’re going to see how bad this is and what the impact is going to be.”

“The visibility on this is not going to be seen until April 15, which is really the first time we’re going to see how bad this is and what the impact is going to be”

Iezman says American Realty Advisors has not yet agreed to any rent relief arrangements with tenants, though for the businesses most affected by the shutdown it may consider waiving late-payment fees or agree to defer rents. “Each landlord is going to approach this differently,” he says. “There’s no one-size-fits-all that everybody is going to take.”

Nick Barnes, partner at London-based law firm Macfarlanes, has also seen a variety of responses from landlords to tenants’ rent relief requests: “It’s always going to be quite specific as to the landlord. All the circumstances are relevant – so, whether the landlord’s got debt, what their own position is, how exposed they are to tenants who are not paying rent. Landlords who have got a smaller exposure to retail, leisure and hospitality tenants may take a different view to landlords who have got lots of retail, leisure and hospitality tenants.”

He notes that the March 25 announcement by Blackstone and its partner Telereal Trillium that its tenants at UK railway arches would be eligible for a three-month rent-free period – having offered them a three-month rent deferral the week before – was a high-profile example of a landlord taking immediate action regarding tenant rent relief.

However, he adds: “I think people are doing a bit of taking stock, talking to their tenants, keeping up those relationships and want to see how things pan out.” He says one issue to consider with granting immediate rent suspension is that a tenant’s business interruption insurance might otherwise cover the rent payments.

Indeed, 85 percent of real estate investment managers invested in retail assets had received rent relief requests, while more than half of managers in offices and 42 percent in multifamily were asked for rent concessions, according a member survey conducted last week by industry association NAREIM. Two-thirds of managers reported having provided rent relief to tenants, according to the survey. The firms said they were evaluating requests on a case-by-case basis, but that in approved cases they had granted two to three months’ relief, recovering the costs by extending the lease terms or amortising the abated rent over a set period.

“From a rent perspective, what is very noticeable is you’re starting to see the emergence of what I call a partnership in pain between landlords and tenants,” says Cedrik Lachance, global head of REIT research at Green Street Advisors. “You’re starting to see landlords proactively taking steps, especially in the retail sector, in order to find balance between their responsibility and the tenants’ responsibility, so the businesses don’t fail in the process of going through this crisis.”

Lachance adds that force majeure was not a concept widely discussed in real estate until three weeks ago: “In terms of what we’re living through, the idea that there are forced shutdowns of stores and people are asked to stay home … it’s such an unusual event that there’s not a history there for landlords and tenants to look at, whether it’s legally or in practice. We’re going to see a lot of adaptation.”

“Force majeure is top of mind because people are trying to inventory the direct or ancillary contractual obligations that may be subject to force majeure and thus impact their investment, such as a tenant that doesn’t pay rent under the lease contract and that makes the landlord not pay debt service under the separate loan agreement.”

Iezman says many borrowers will not want to invoke a force majeure provision with their lenders: “If you’re in a relationship with a lender, the last thing you want to do is exercise clauses that damage that relationship. What I think many owners of properties who have leverage and are unable to pay that debt are going to do is to seek some level of recognition from their lenders in an effort to try to abate those payments or, alternatively, seek some type of deferral mechanism for a month or two until they get visibility on really where this is all going.”

Iezman says his firm does not have a lot of debt on its properties and is therefore unlikely to be dramatically impacted by tenant defaults in the short term: “Where we do have property-level debt, we’re going to reaching out to our lenders and we’re going to start the conversation of what we can do. I think most everybody is going to pay their April mortgage payment because that’s the appropriate thing to do and then concurrently enter into mortgage relief programs – either convert them into cashflow mortgages or pay interest only and not pay the principal.”

The challenge, he says, will be if the shelter-in-place regulations continue for an extended period: “The exogenous factor is many owners are going to have problems if they have leverage in connection with their properties, because the ability to pay that debt service is going to be impacted by significantly declining cashflow.”

Iezman adds that the conversations with lenders have only started in the past week: “This is moving so rapidly and information is hitting you so quickly, you’re having to retack your boat literally every couple of hours.”

Managers invested in office properties that were approached for rent abatement

Managers in multifamily that were asked for rent concessions