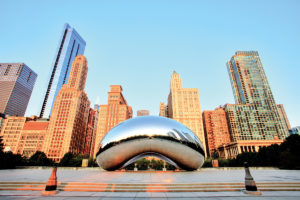 Walton Street Capital has surpassed its $1.25 billion target for its latest debt fund, according to a document submitted to the Securities and Exchange Commission.

The Chicago-based investment firm has raised $1.31 billion for Walton Street Real Estate Debt Fund II, a follow-on to a $654 million debut vehicle that has delivered on its return promises.

Fund I has returned a 10 percent net internal rate of return, according to an April report outlining a $40 million Arkansas Teachers’ Retirement System commitment to the fund. The fund is targeting a 9-11 percent net IRR, according to Texas Municipal Retirement System meeting minutes from March 2014, when the vehicle was being marketed. TMRS made a $100 million commitment to the fund. Fund II will target a net IRR of 9 percent.

The firm did not respond to request for comment by press time.

The latest vehicle will have a 1.5 percent management fee on invested capital and a 15 percent carried interest over a 7 percent hurdle, the Arkansas documents show. The vehicle will invest in junior debt positions, which it will take by originating a whole loan and partner with a senior lender that will take the upper portion of the debt investment. The fund also carries a five-year investment period and is expected to fully mature in 2027, the ATRS papers showed.

For its equity strategy, Walton Street closed its most recent flagship vehicle, Walton Street Real Estate Fund VIII, on $1.59 billion and has returned 13.3 percent, according to a Main Public Employees’ Retirement System document. Founded in 1994, the firm invests in an array of deals including recapitalisations, international ventures and single-asset transactions.