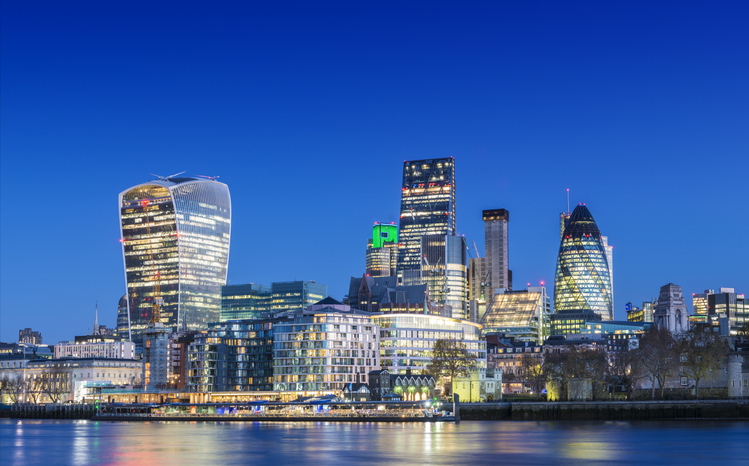 Concerns about inflation and the economic impact of Russia’s invasion of Ukraine did seemingly little to supress financing activity in the UK real estate market in the first half of 2022, according to the latest findings by London’s Bayes Business School.

The mid-year 2022 edition of the biannual Bayes UK Commercial Real Estate Lending Report, published Wednesday, showed that £23.7 billion (€27.4 billion) of loan origination took place during the first six months of the year – a slight uptick on the £23.3 billion recorded in the same period in 2021.

The report authors said the H1 2022 survey of 79 lending organisations indicated a strong appetite for new business up to the end of the six-month period, before dealflow began to dry up in the summer months. The authors acknowledged market conditions have worsened since the mid-year point due to the rapid rise in interest rates, meaning lenders are now more likely to pass on new opportunities.

Nicole Lux, senior research fellow at Bayes Business School, and the report’s lead author, told Real Estate Capital Europe she was surprised by the volumes reported by lenders. “I thought the market would have reacted quicker [to inflation and the Ukraine war] but lenders were busy all the way up to July. They were keen to do as much business as possible, including financing capital expenditure programmes and developments, despite construction risk, because they were keen to support ESG strategies.”

Lux believes a lag between the reaction to macroeconomic events in capital markets and within the banking market is normal and explains lenders’ continued activity to the end of H1. “Up until August, lenders were still hoping to do good business up to December. But the UK government’s mini budget, which resulted in a spike in the swap rate, was the key disturbance. In these conditions, lenders are having trouble pricing loans.”

Bayes’ previous survey, which reported on the whole of 2021, showed last year’s £49.7 billion total was the highest annual origination volume since the most recent market peak in 2015. However, 2022’s total is expected to be considerably lower as macroeconomic factors take their toll on activity.

Peter Cosmetatos, chief executive of industry body CREFC Europe, a sponsor of the Bayes report, said the latest edition provides a “detailed picture of the state of the market at what may prove to be the end of one era and the beginning of another”.

“It depicts a stable, diversely funded market, with debt funds and insurers together accounting for 38 percent of new origination and surpassing UK banks and building societies for the first time,” he added.

UK banks accounted for 35 percent of H1 origination, while debt funds accounted for 24 percent and insurers accounted for 14 percent. The report noted that the alternative lender segment of the market has experienced 12 years of continuous growth.

While the underlying cost of debt increased during the first six months of the year, Lux said lenders only raised loan margins moderately, by between 5 and 10 basis points. “Debt is already quite expensive, and lenders were limited as to how much they could increase margins. We even saw a slight compression of 5 basis points at the prime end of the office sector, due to how much competition there was.”

The report showed that for prime real estate loans at 60 percent loan-to-value, margins were on average 11 percent higher than in 2020. Margins on prime industrial and retail property increased by 5 percent during H1, to an average of 342 and 230 basis points, respectively. Secondary office margins were 8 percent higher at the mid-year point than in December 2021.

With the market susceptible to rising interest rates, Bayes noted that 40 percent of loans are floating rate, of which around half were provided by UK banks. It added that 77 percent of insurance company loans are fixed rate.

Lenders remained conservative on leverage during the period. Senior lenders preferred to stay within 50-55 percent LTV, the report showed, although 55-58 percent LTV was also typical in the market. Bayes said there is capital available for 70-75 percent LTV lending but added that private equity-based debt funds require minimum returns of 9-11 percent.

Bayes noted that there continued to be limited distress in the market during the first half of the year, despite the increase in the cost of debt. The proportion of underperforming and defaulted loans remained stable, with an average default rate of 3 percent. However, the report did note a significant difference in loan book quality between lenders with sub-£1 billion loan books and those with portfolios of more than £5 billion. The weighted average default rate of portfolios of larger lenders was 1 percent, compared with smaller lenders at 4.9 percent.

At the mid-year point, lender appetite for UK real estate remained strong, particularly for prime office and industrial properties, with more than eight out of 10 lenders willing to provide finance. However, there was evidence of caution, with only 19 percent of lenders actively quoting margins for secondary retail and niche sectors such as healthcare, data centres and senior living. More than half of respondents indicated they would be willing to consider financing residential development, with 44 percent interested in prime office and industrial development.

However, Lux noted that interest payments and property income were approaching a 1:1 ratio in cases by June 2022, and with rising swap rates, “property income will not be sufficient to refinance some properties… leaving a potential funding gap”.

She added: “Our analysis shows that property net income yields need to increase to over 6 percent across different property types, or property values need to adjust downwards by between 25 and 35 percent to reach a new market balance.”