This article is sponsored by Three Stars Capital Partners

Three Stars Capital Partners’ debt advisory activity focuses mainly on Italy but also has a presence in the US. The firm has seen deal activity picking up after a few months of market shock due to the pandemic. Now that deals are back, founder Mauro Savoia, a former investment banker with more than 25 years’ experience in finance and real estate, discusses debt liquidity in the Italian market, as well as its opportunities and particularities.

How has lenders’ appetite for Italy fared during the pandemic?

It’s been running at two different speeds. In 2020, from my personal experience, nothing moved until September/October. This was a difficult period for borrowers, including large private equity firms that used their own relationships to try to attract lenders from abroad, but were told by lenders, “let’s revisit in September”.

It was challenging for advisers as well, since many of the deals we were working on were put on hold – although, sequentially, that’s when we got new business. For example, a client was facing delays by a bank that provided it with a term sheet prior to covid.

Consequentially, they called me during the summer months to find alternative solutions in the near term. In a short time, I was able to structure a deal with an Italian bank. We closed the first piece in October and the second piece in December, which was an extraordinarily good outcome. During this time, foreign lenders had disappeared for a few months.

Progressively, from September/October 2020 until year-end, foreign lenders came back. Italian lenders, meanwhile, were always there. They revisited some of the loans’ features – more around leverage in certain asset classes, to see how they could be impacted – but without a major repricing.

This year started well, but for some reason there was a very deep slowdown between March and May. After this period, people started looking at things again and wanted to do deals, which I think has to do with the cyclical nature of the business, as deals usually close before summer or year-end. We have been engaged to structure a €250 million financing in the hospitality sector, and we have a few lenders that are putting in all their efforts to win this deal. Interestingly, luxury hospitality is an asset class that attracts a lot of interest.

There hasn’t been a huge repricing, not at all. I think this is because there’s a lot of liquidity available. Lenders need to give terms that borrowers will take, otherwise someone else will come in and do the deal. Clearly, if it is a domestic lender – or a European bank that has a stable presence in Italy through a branch – the loan price will be lower, but the leverage will be lower as well. If it is a non-domestic lender, the leverage will be higher, but pricing will also inevitably be higher.

This trickles down also to smaller firms in the €3 billion-€5 billion range in terms of loans under management. They have liquidity available, and they want to put capital to work. We have been able to close very good deals lately with these kinds of lenders. We recently structured a €175 million financing priced at 4.5 percent thanks to separate accounts that invested alongside the debt fund and thanks to an Italian bank that took a piece of the financing and provided a small unsecured loan.

Is there debt liquidity for shopping centres?

Shopping centres represent an extremely difficult asset class right now. To attract debt, what counts the most is how resilient they have been in the last few years. If you have a good shopping centre, you’ll find lenders. But if it wasn’t excelling before covid, it will have a high probability of closing down after the pandemic. The shopping centre sector has suffered a lot during the pandemic. The strong ones held by strong sponsors will make it through – the others probably will not.

Financing could be a good defensive solution for owners because, right now, if they were to sell a shopping centre, they probably wouldn’t get the best pricing. The best idea is to roll your existing loan if you have one. If you don’t have financing because you originally bought the asset in cash, a good idea would be to put some leverage on it, rebalance the overall cost of capital and wait for better times to sell.

Have you already seen distress in shopping centres?

I believe that we’ll see the bulk of it next year, but I’m sure there’s some distress out there. Probably people that are in the acquisition business have already started to see this, but I haven’t. I have some debt transactions for existing assets where there’s a need for debt to be put in place because the asset was acquired with equity. None of the situations that I am working on now are in distress, but clearly the owners know they won’t be able sell the asset at full value; they need to wait. The pandemic is not the only headwind, though. There’s also online shopping versus physical shops.

However, while the pandemic has pushed people to buy online, Italy’s online penetration is still a lot lower than in other markets, such as the US. Also, if you can somehow tweak the offer within the shopping centre and make it also a leisure centre – with restaurants and other attractions, for instance – it partially becomes a new use within the same premises. The pandemic has had an impact, but things will come back to normal. People will want to go out even more than before and probably prices will go up.

What are the peculiarities of the Italian debt market compared with other established debt markets?

Everybody who comes to lend in Italy from outside thinks the Italian market is more complicated than others. This is true to a certain extent. For example, if I compare it with the US, where everything is super-standardised and where in the negotiation of a contract, parties talk about two or three things only, the difference in efficiency is evident.

In Italy, like in other European countries, you have to look at the whole contract and negotiate nearly every single point. So, it takes a little longer because lawyers and due diligence take longer. But, in the end, there’s a solid legal system.

The other thing that lenders would also say is that when you lend in Italy and things go south, it takes a while to repossess or enforce your security package.

However, many things have changed in the last five years and, covid emergency aside, times have compressed when it comes to enforcement.

There’s a bit of a misconception that makes foreign lenders price slightly higher in Italy when making an offer. For example, if they lend in the UK at a 4.5 percent margin, they want to come to Italy and get 5.5 percent. This, however, is not always entirely justified.

In Italy, these non-domestic lenders usually lend at a lower leverage compared with what they feel comfortable doing in the UK or Germany. More importantly, they finance assets with more of a trophy nature and in much better locations than they would in the UK market.

In the UK, to achieve a 4.5 percent margin, lenders need to go somewhere that is either in a secondary location or with very high leverage. These factors need to be kept in mind. So, in the UK it’s probably going to take less time to enforce your security package, but you should also compare the assets that you are financing, their liquidity and how collateralised your loan is.

Is the Italian market more difficult? A little bit. Is it more complicated to manage everything? A little bit. That’s also why firms like Three Stars Capital Partners are often involved in the process, because we know how to select situations and we can be a trusted guide for borrowers and lenders. 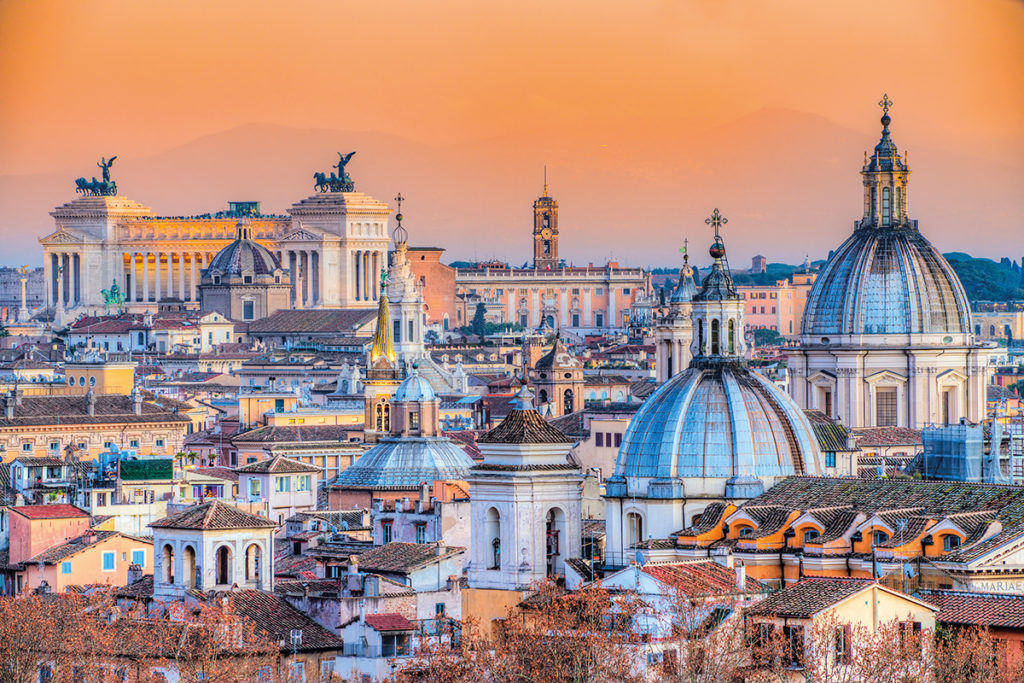 Everybody tries to do logistics deals. It’s a small market, and deals are small, so it’s difficult to have a critical mass on logistics transactions – but those definitely get financed by a lot of lenders. Residential in the right cities, usually Milan and Rome, is also attractive, and student housing as well. The high-end, luxury, hospitality sector is also extremely liquid.

The office sector is still attractive in Italy, but on a selective basis. Offices can be easily financed if there’s a good contract with a solid tenant for a long time – obviously lease agreement is very important in this market – and the location of the office is central.

Clearly, if it’s a trophy asset in a central location with the right sponsors, local lenders – whether Italian lenders or foreign banks with an established local presence – will fund it. Speculative office buildings or developments are a bit more difficult, though.

In terms of debt liquidity in Italy, I would say there’s an issue with geography. Foreign lenders want to deploy capital in Milan, or in Rome potentially, for certain asset classes. But then if you go into secondary cities, it’s difficult to find foreign lenders backing deals, unless it’s for a luxury hotel in a resort area. And then there’s the south, which some non-Italian lenders don’t want to touch. To give you an example, if a borrower wants to fund an office building in a southern city, even if it’s a big one, it will be extremely challenging.