“We’ve been very disciplined over time. If you look at asset value growth in commercial real estate, I don’t think we’ve grown faster than that on a relative basis”

Jon Gray, president and chief operating officer of Blackstone, speaking on the manager’s Q2 investor call about scaling its real estate funds relative to the opportunity. It has raised $24.4 billion for its 10th global opportunistic real estate fund so far. Read more here.

The ECB makes its move
We had all been warned the European Central Bank would raise rates this year for the first time in more than a decade. But when the increase came, on 21 July, markets were surprised by the extent – a 50 basis points increase rather than the 25bps it had previously guided. The move ends eight years of negative rates in the eurozone, bringing the deposit rate to zero [see the Financial Times’ coverage here (paywall)].

Real estate finance professionals will have braced for an increase in euro rates, particularly after witnessing five consecutive rate rises by the Bank of England. The move merely serves to strengthen the case that the era of cheap debt is over. Swap rates have already increased this year, putting upward pressure on total debt costs. It is worth remembering rates remain far below the levels the industry was used to in the years preceding the global financial crisis – but after more than a decade of rock-bottom rates, even a small increase feels seismic.

Stateside inflation buster
The US Federal Reserve was poised to raise its target rate by 75 basis points on Wednesday, with the central bank’s governors finishing up a second day of meetings as Term Sheet went to press. The hope is that this rate hike, along with the 50-basis-points ECB increase, will put a lid on rising inflation. But for commercial real estate debt professionals, it could be more difficult to achieve a cap on the volatility that has made it hard for bank and non-bank lenders to write new loans. Watch this space for more analysis as the situation unfolds.

Barings see the whole loan
Investment manager Barings sees rising interest rates and likely increases in loan margins as supportive factors to whole loan returns in the European property market. The subsidiary of US insurer MassMutual last week said it had gathered more than €650 million of capital, including €300 million from a Nordic pension fund, for its European whole loan strategy, through which it is planning to provide unlevered, floating-rate loans against core-plus and value-add real estate.

Sam Mellor, head of Europe and Asia-Pacific real estate debt at Barings, argued it is a good time to have dry powder for such a strategy. “The changing market fundamentals are enabling the team to be more selective in approaching deals, with the ability to achieve more attractive pricing for lower risk, core-plus assets, or achieve higher absolute returns for loans where the underlying properties have a significant business plan,” he said. Read more here.

Bond market slump
Bayes Business School at City, University of London – known in the industry for its twice-yearly magnum opus on the UK real estate lending market – said in its Q2 quarterly real estate monitor that continued interest rate rises in 2022 have led to less bond issuance from the industry, following a record year in 2021. In Q2, Bayes recorded new issuance of €3.7 billion, compared to €18.8 billion in Q1 of this year. Those that did issue bonds saw coupon rates 50 basis points to 100bps wider than in January. It added Vonovia, Germany’s largest residential company, raised further debt in March but has seen a sharp decline in its stock price due to the higher leverage position and increased costs of debt.

One sign of a market reset
For private real estate participants looking for signs of a wider market reset, central London offices is one area that warrants closer attention, according to research from BNP Paribas. While office investment in the UK capital reached its highest H1 volume since 2018, most of that investment, over 70 percent, took place during the first quarter. A significant slowing in the second quarter – the city’s second smallest Q2 investment volume since 2009 – was driven by the jump in the UK base rate from 0.1 percent to 1.25 percent in the past eight months. David Camp, chief executive officer of Stanhope, a London developer responsible for one of the largest office deals this year – the £300 million (€354 million) acquisition of 70 Gracechurch Street with Cadillac Fairview – told the Financial Times (paywall) that sales that hit the market only a few months ago were already being discounted by 10 percent.

Hard act to follow
The volume of capital raised by managers this year for real estate debt funds with a sole focus on Europe looks unlikely to match 2021’s bumper year. Data compiled by PEI Media’s research and data team showed, at the halfway point of the year, around a fifth of 2021’s total had been raised. 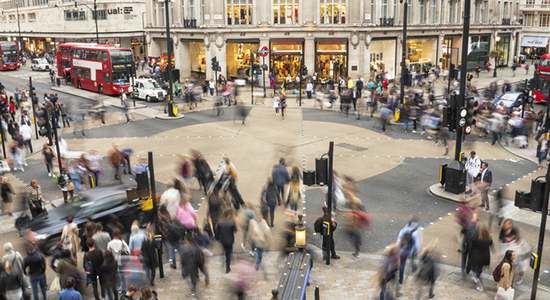 Leumi’s latest hotel financing
Leumi UK, the UK subsidiary of Israeli banking group Leumi, has financed several hotels in London in recent years [see coverage here]. In its latest deal, the lender has provided a £34 million loan to hospitality group Juniper Hotels Holdings, which is part-owned by Westmont Hospitality, to fund both the acquisition of the leasehold interest and the refurbishment of an Edwardian Holiday Inn close to Oxford Circus in London’s West End. The sponsor’s plan is to capitalise on the hotel’s prime location to transform it into an upscale, boutique destination.

Soraya Shamji, hotel consultant at Leumi UK said the outlook for high-specification hotels in central locations is positive as consumer demand and investor interest in hotels rebounds from the pandemic. “Our strategy of supporting hotel operators during covid-19 has proven effective and has allowed us to forge relationships with leading operators,” Shamji added.

Today’s Term Sheet was prepared by Daniel Cunningham, with contributions from Evelyn Lee and Samantha Rowan