“There are concerns over limited finance funding development in the sector owing to increasingly risk-averse high street clearing banks being reluctant to take a development risk combined with the increased cost of raw materials and labour.”

Julian Evans, head of healthcare at Knight Frank, says limited finance is a factor in the supply of UK care home beds failing to keep up with demand. The consultancy said UK care homes supply grew just 6 percent in the past decade, despite the over-65 population growing by 22 percent. Read more here.

Borrowing against sustainability
Logistics landlord SEGRO last week announced it had raised €500 million to be used to fund projects that measure up to the standards set out in its own sustainability framework. The capital was raised through a green euro bond issue – the first by the company itself, although the same amount was raised for a SEGRO joint venture in a similar issue in May. As we reported in August, bond issuance by property companies is up as they diversify funding sources, and those with defined green investment programmes are increasingly likely to structure their notes accordingly.

In the banking market too, large financing facilities are being arranged in reference to the sponsor’s ongoing sustainability performance. This month, US firm Carlyle sourced a €2.3 billion credit facility for its European private equity and real estate platform, linked to its social and environmental goals.

M&G targets Ireland’s housing shortage
London-based investment manager M&G has formed a partnership with a new Irish development finance lender, Ardcairn Capital, with capital coming from its £5 billion (€5.9 billion) Catalyst fund, which it launched in February to invest in “innovation and impact”.

In a note announcing the deal, M&G said the investment will provide finance to small and medium-size developers building affordable and social housing for first-time buyers. The partnership’s ambition is to provide funding for 10,000 homes over the next five years to tackle what it describes as a “chronic housing shortage”. As also seen with Goldman Sachs‘ move into the sector, capital providers are eager to plug Ireland’s residential finance supply gap.

Life sciences boost
US manager Blackstone’s confidence in the UK’s life sciences sector is growing. On 21 September, it announced plans for its portfolio company, BioMed Realty, to double the size of its UK life sciences portfolio by delivering 800,000 square feet of new stock at two newly purchased sites in Cambridge. That signals a strong future in the sector for lenders, which are increasingly keen to grow exposure to life sciences properties [see our coverage of the sector here]. The specialised nature of the sector has deterred some debt providers, although investment from institutional managers like Blackstone is encouraging more lenders to learn about life sciences. 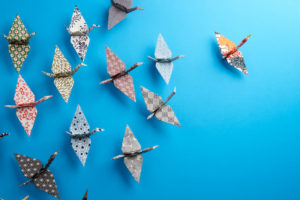 Is your organisation one of Europe’s top lenders?
Each year, Real Estate Capital publishes its list of the lenders having the greatest impact on Europe’s real estate finance market. In case you missed the 2020 edition, you can read it here. The 2021 edition is now in the works. Our editorial team is gathering as much information as possible about the activities of Europe’s property lenders since December 2020, in order to decide which companies make the cut. But we need your help. If you think your organisation deserves be considered for a place on the list, get in touch by midday, UK time, on Friday 8 October, by completing THIS FORM. We look forward to hearing from you.

Global value
The total value of the world’s real estate assets – combining residential, commercial and agricultural land – increased by 5 percent in 2020 to $326.5 trillion, according to Savills. The property consultancy described real estate as the world’s “most significant store of wealth”. 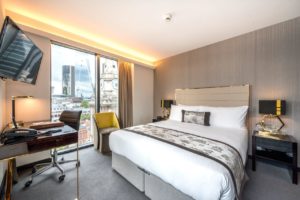 Aareal sticks with hotels
Many lenders remain wary of hotels. But Aareal Bank continues to finance them. Last week, the German bank announced the refinancing of the June purchase by Cerberus Capital Management and Highgate of the Dorsett City Hotel in London, which the joint venture reportedly bought for £115 million (€135 million). The five-year loan, which Aareal said was in the “upper double-digit” million range, was structured to be Aareal’s second green loan under its Green Finance Framework. Aareal clearly likes hotels in Europe’s major cities. On 9 September, it announced it had financed the Sofitel Paris le Faubourg, a five-star hotel in the French capital, for a consortium of Asian investors.