“It feels like every other private equity firm has raised a debt fund. Several of them did that in anticipation of lots of opportunities and high returns. But that period of tight lending market liquidity was so short that they are now playing in a very competitive market.” 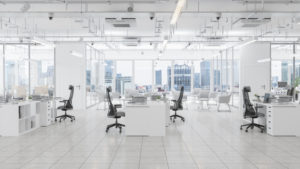 Office space?
The strength of office demand in a world with fewer covid restrictions is the greatest unknown facing real estate owners and their lenders. The results of consultancy PwC’s survey of 258 of the UK’s largest occupiers, published 3 June [read it in full here], might cause some sleepless nights for those real estate industry folks who expect the office market to bounce back quickly from this crisis. The firm said respondents plan to reduce office space by up to nine million square feet – equivalent to 14 of London’s Walkie Talkie tower. Half of respondents expect to reduce their footprint – a third said by more than 30 percent.

Meanwhile, The Economist thinks office landlords are on a crash course with calamity. The magazine ran a column last week [read it here (subscription required)] bucking the industry narrative about pent-up demand on the part of office occupiers. Citing projections from the IMF, Fitch and Moody’s, The Economist predicts falling usage rates, rising vacancies and declines in valuations that will reverberate back to investors and lenders. “Office landlords… and those who bankroll them, continue to pretend that no storm is coming. With billions of dollars sunk in undesirable buildings, they face a reckoning.”

Do you share this bleak outlook? Or are concerns for the office overblown? Let the editor know what you think by emailing daniel.c@peimedia.com.

No place like homes
It may be hard to cheer for offices for now, but the story around Europe’s residential property market seems to be getting stronger. On 7 June, asset manager DWS – which itself operates a real estate lending arm – published a paper [read it here], making the case for European residential real estate. Among its predictions was that rented residential will achieve the strongest rental growth of the four main sectors, as continued urbanisation drives housing demand in places with constrained supply. It added that an increasingly international investor base will look beyond the established markets for buying opportunities.

It seems that many lenders need little convincing about residential’s plus-points. Our lending deals database, which we update weekly [latest version is available to download here, for REC subscribers], shows that several housing-related financing deals have closed in recent months. The latest to be reported, on 9 June, was German bank Berlin Hyp’s €43.7 million loan to Nordic residential firm Heimstaden Bostad for the Dutch ‘Magnum’ portfolio of 12 complexes containing 670 homes.

The advice business
The role of debt advisers in the European real estate market has grown in recent years as the number of active lenders and debt products on offer has increased. Now, consultancy giant Deloitte has set about creating a new business offering debt advisory services to the real estate sector [read the announcement here]. To lead the new unit, the company has hired well-known debt advisory specialist Chris Holmes, most recently a director at London-based capital advisory firm CAPRA Global Partners – which was bought in March by consultancy JLL. Prior to joining CAPRA in 2019, Holmes was EMEA head of debt advisory at JLL. Deloitte’s new business will be part of its UK Debt and Capital Advisory team, which already numbers around 100 people, and will sit alongside existing infrastructure and real estate asset teams.

“Within debt advisory so many issues are converging, driving capital demands to real estate. As the sources of lender capital continue to evolve, the need for professional and timely advice on navigating debt markets has never been stronger,” said Holmes.

One firm’s trash
Given the sheer focus and determination behind Colony Capital’s plan to be a pure-play digital real estate business (including a planned name change to DigitalBridge), it is of little surprise that it hit its 2021 target to divest from its non-digital assets, set four years ago. More surprising would have been if New York-based manager Fortress Investment Group did not feature somewhere among the buyers given how motivated Colony was as a seller. And so it transpired: Fortress has entered into a definitive agreement with Colony to acquire a portfolio of equity and debt positions spanning more than 100 properties in Europe and the US – and their management – for $535 million. In a profile interview with affiliate title PERE published a decade ago, PERE called Fortress “Wall Street’s garbage men” in a tribute to its favourable approach to assets finding themselves in circumstances at odds with original underwriting. Things have not changed. 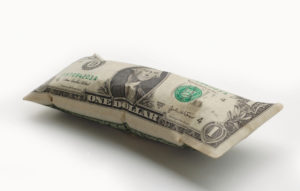 Inflation risk
Investors around the world are waiting for the latest US inflation data, which is due to be published by the country’s Labor Department on 10 June. May’s data showed inflation in the US in April was up 4.2 percent on the previous year, the largest increase in 12 years. Inflation, which was the topic of a May article published by affiliate title PERE, signals rising interest rates – which many real estate borrowers will have a close eye on, given the low cost of debt they have benefitted from in recent years.

In his latest ‘Curlow’s Convictions’ letter, published on 8 June, Justin Curlow, global head of research and strategy at AXA IM Alts, tackled the topic of the renewed risk of inflation and rising rates. “Unprecedented and co-ordinated government and central bank response to the pandemic is leading to transitory inflationary pressures and a consequential rise in interest rates,” wrote Curlow.

However, he argued that a strong and swift recovery on the back of the large US stimulus package should mean inflation will be short-lived. He added that pandemics have historically been disinflationary shocks to economies. Curlow concluded: “As a result, we think countries struggling with disinflationary forces before covid (Japan, eurozone) will continue to see a subdued inflation outlook.”

Who will buy new NPLs?
According to Deloitte’s June 2021 Deleveraging Europe report [read it in full here], the covid crisis may lead to new non-performing loans, including loans backed by real estate, on a scale not seen since the global financial crisis. That increases the likelihood of lenders aiming to sell off loan portfolios. Deloitte also identified the biggest buyers of loans since 2014 – no doubt many will be ready for new buying opportunities.

Broadgate refi
Despite the overarching debate around the future of the office, most in the industry continue to view prime stock in the best locations within major European cities as a solid bet. A major London office refinancing, first reported by React News on 7 June, certainly suggests lenders are keeping the faith with trophy office assets.

According to React News, AXA, DBS Bank and Crédit Agricole have teamed up for a circa £420 million (€489 million) five-year loan, at around 50 percent loan-to-value, for British Land and GIC’s recently built 100 Liverpool Street in the City of London. The building, which forms part of the wider Broadgate estate, completed in January, and comprises 433,000 square feet of offices, plus 90,000 square feet of shops, plus restaurants.

Previously, the building was financed as part of the Broadgate Financing CMBS, although on 3 June, the issuer announced that the property is to be removed as collateral from the securitisation.