“2022 will be a year of consolidation as returns stabilise across the market. Covid will still influence the course of the economy, but its influence will decrease over time.”

Alexander Knapp, chief investment officer for Europe at US manager Hines, writing in the company’s 2022 Global Outlook report [read it here], is hopeful for more stability in European markets this year.

Last chance to vote in the REC Europe Awards 2021
Time is running out to have your say in the Real Estate Capital Europe Awards 2021. With just two days to go until the poll closes, you have not quite missed your chance to vote for the organisations and transactions you believe moved the needle during a year of recovery in the European real estate finance market. In total, 33 categories are up for grabs, and several remain too close to call as we enter the final furlong. The poll is due to close at midnight UK time on Friday 14 January. To vote, click HERE. Don’t miss out!

REC USA launches its inaugural awards
While the REC Europe Awards 2021 recognise the stand-out players in the European market last year, affiliate title Real Estate Capital USA will celebrate those that stood out on the other side of the Atlantic with its inaugural annual awards, comprising 12 categories. If you believe your organisation should be considered for one of the shortlists, you can submit your achievements HERE. The deadline for submissions is Monday, 21 January at midnight, New York time. Winners will be announced online on Friday 1 April and feature in the April-May 2022 print edition of Real Estate Capital USA.

Creating core
Non-bank lenders in Europe’s property market continue to benefit from strong investor demand for real estate debt. Among them is PGIM Real Estate, which has announced the final close of PGIM Real Estate Capital VII – the seventh in its flagship high-yield debt fund series – on €1.82 billion. The capital was raised from a mix of pension funds, insurance companies, sovereign wealth funds and private clients, located globally.

Andrew Macland, head of European debt, addressed where the company will aim to deploy the capital – namely in “create core” opportunities in liquid markets, where PGIM sees structural drivers in areas such as e-commerce and the supply chain. “We are continuing to see compelling investment opportunities in logistics and living sectors, as well as tactical opportunities in low vacancy office markets, fulfillment retail and leisure,” he said.

Get building
In a major development financing transaction, Get Living, the build-to-rent operator formed in 2013 by Delancey and Qatari Diar, announced this week it has sourced £365 million (€438 million) of debt for a major London scheme. The five-year facility was provided by private equity firm Starwood Capital and will enable the redevelopment of the dated Elephant & Castle Shopping Centre in South London into a mixed-use scheme led by 485 rental units, which will form part of the overall regeneration of the London district. The loan demonstrates that lenders like Starwood are buying into developers’ plans to transform obsolete retail space into new uses – in this case including in-demand housing as part of a long-awaited development of the Elephant & Castle area.

Small-ticket demand
London-based specialist lender Octopus Real Estate has been busy increasing its financial firepower. In November, it closed its largest commercial real estate debt fund yet on £436 million. Now, it has announced an initial £450 million funding partnership with affiliates of investment management firm Bayview Asset Management to provide two-to-five-year senior investment loans of up to £25 million in the UK commercial real estate market. Octopus said the institutional backing of its strategies is due to an undersupply of loans at the smaller end of the market in the UK. “The granularity and liquidity of smaller loan sizes have been tested over the pandemic, showing robust performance,” added Nick Westoby, commercial fund manager at Octopus.

Conversion potential for offices
What a difference five years makes. In 2015, London-listed industrial REIT SEGRO sold almost one million square feet of offices in Slough, west of London, for £325 million (€389 million), to AEW’s Europe platform, dubbing the assets “non-core” to what was a streamlined focus on logistics properties. Times have certainly changed in terms of how SEGRO assesses the assets. Just before Christmas, the REIT announced it had acquired them back from AEW for £425 million and at a notably compressed initial yield with a view to capitalising on their “ageing nature and relatively short lease terms” so they can be converted into higher-yielding data centres and life science buildings. The deal demonstrates that sponsors increasingly envisage a new future for offices as occupier demand for niche uses grows, in part on the back of pandemic-induced trends. Lenders clearly share this outlook – without giving detail, SEGRO said the acquisition will be funded from cash and bank facilities. 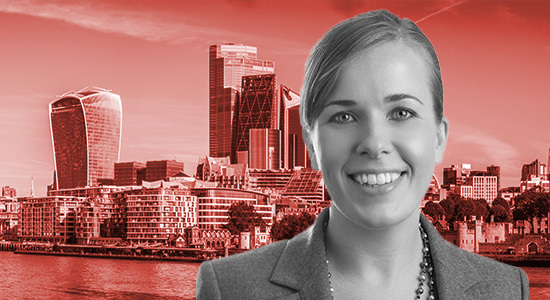 CBRE hires workout specialist for loan servicing branch
According to Clarence Dixon, global head of loan services at consultant CBRE, a year of “heightened activity” beckons. As such, the company has hired a head of transaction advisory to its EMEA loan servicing team. Emily Fitzgerald [her LinkedIn here] has joined from the London branch of pbb Deutsche Pfandbriefbank, where she was a director in the bank’s global workout team, specialising in strategies designed to maximise loan recoveries. At CBRE, Fitzgerald will be responsible for leading the special situations team, CMBS, and non-performing loan special servicing in EMEA.

Barings grows debt business through German hire
Investment manager Barings has grown its European real estate debt team with the appointment of a Frankfurt-based director who previously worked within PGIM Real Estate’s debt business. Kasimir zu Eltz [his LinkedIn here] will be responsible for originating new business in continental Europe, across Barings’ senior, whole loan and construction-lending strategies. Sam Mellor, head of Europe and Asia-Pacific real estate debt at Barings, said the appointment follows a period in which the debt team has more than doubled and entered new markets including Asia-Pacific, the Nordics and Belgium.

Arc & Co appoints banker as chairman
London-based specialist debt advisory firm Arc & Co has announced an experienced banker as its chairman. During his career, James Fleming [his LinkedIn here] has held positions as head of international banking at Coutts & Co, chief executive of Arbuthnot Latham, and, most recently, chief executive of multi-family investment office Sandaire. Arc & Co chief executive Andrew Robinson said the appointment will take the firm to its next level of growth amid a competitive advisory market. “James has a vast amount of experience from some of the most important banking brands in the UK,” he said.

Health comes first
Digital real estate might be grabbing all the headlines, but it is healthcare-oriented property that investors are dialling up their exposures to the most. 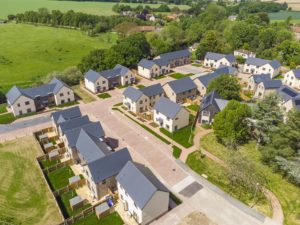 Macquarie backs housing association for the long-term
Macquarie Asset Management, on behalf of institutional clients, last week announced a 30-year minimum debt investment in a UK not-for-profit housing association. The subsidiary of Australian financial group Macquarie provided the £80 million (€96 million) of debt to Havebury Housing Partnership, which provides affordable, social and shared ownership housing in the east of England. The drawdown and repayment profiles are tailored to Havebury’s needs and the facility will enable the borrower to maintain the quality of its housing and focus on improving energy efficiency. “This funding package provides us with the flexibility we need as we seek to deliver on our strategy and increase access to affordable housing in the east of England,” said Marie McCleary, director of resources at Havebury.