“It won’t be a question of simply slashing rents by a certain amount to attract tenants. In some cases, these buildings will become functionally and economically obsolete.”

Jeff Jacobson, who is leaving LaSalle Investment Management after 30 years, more than half of which as chief executive, tells affiliate title PERE that many office sector properties will need to be either repurposed or replaced [read the full interview here].

Lone Star checks back in
US private equity firm Lone Star had a good run in the UK hotel sector in the years following the global financial crisis. As one of the wave of US investors that bargain-hunted in European markets, it targeted distressed hotels in the UK, building a portfolio and creating the Amaris hospitality platform in 2015. It got out at an opportune time, too. In 2018, Lone Star sold the 23 assets that comprised Amaris to investment manager LRC Group, marking its exit from the UK hotel space.

Now, it is back – albeit as a lender, rather than an owner. As reported last week [read the full story here], Lone Star – through its Lone Star Real Estate Fund VI – provided a £100 million-plus (€116 million-plus) loan to property company The Ability Group to refinance four Hilton-branded UK hotels. The deal shows opportunistic capital providers are willing to step in to provide fresh credit at a time of constrained liquidity in the hospitality space. Many in the market are wary of buying hotels right now, but it seems some are keen to finance them.

Incus sees opportunity in credit
Coronavirus may have created multiple fundraising hurdles, but as Real Estate Capital revealed this week [story here], Incus Capital, the Madrid-based mid-market lender, is proceeding with the launch of a €500 million European asset-backed credit fund through which it will target real estate debt opportunities. Martin Pommier, chief operating officer at Incus, said European Credit Fund IV, which has a €650 million hard-cap, will be launched this summer. A €350 million first close is targeted for October, with a final close planned for Q2 2022. Through the fund, Incus will target credit opportunities in Spain, Portugal, Italy, France and Benelux, secured against borrowers’ assets. Around a third is expected to be allocated in real estate credit with the fund also to be invested in a range of deals including infrastructure debt. Pommier said the success of predecessor funds encouraged Incus to press ahead with the fourth vehicle.

Bond bonanza
The bond market is proving to be fertile ground for European real estate companies seeking to raise finance – particularly when bonds are labelled as sustainable. On 22 June, French listed real estate company Gecina announced it raised €500 million with a 15-year green bond issue based on a coupon of 0.875 percent [more here]. Gecina said the issue was part of efforts to optimise the average cost and maturity of its debt. A day later, UK property company Assura announced the pricing of a £300 million sustainability bond issue, with a 1.625 percent interest rate and a tenor of 12 years [find out more here]. The company said the issue followed a series of UK fixed-income investor meetings that generated strong institutional demand. With the capital markets offering competitive pricing and strong investor demand, more organisations are likely to use it to raise large sums of capital.

In focus: Women of Influence

Picking up the pace
The calls for elevating more women into positions of prominence have been echoing through the halls of private real estate firms for years. Those calls have yielded tangible results in recent years.

Evidence of this is clear in affiliate title PERE’s inaugural Women of Influence report – published later this week – as two-thirds of the female executives recognised were promoted into their roles or founded their businesses in the past two years. This trend is likely to continue amid what one source called the “hottest hiring market” in more than 25 years. But there is still some way to go. A recent report by data provider Equileap showed just 10 firms globally that they measured had gender balance at all levels – from the board to wider workforce.

With that in mind, how far private real estate goes in its pursuit of closing the gender gap will be a keen focus of our industry coverage post-pandemic. Look for the Women of Influence report to run on perenews.com this week.

Shifting allocations
According to a survey of 52 global institutional investors by bank lender Investec, capital will be reallocated from sectors including offices and retail and into sectors including data centres, logistics, healthcare and private rented sector residential in the next decade [the full report can be accessed here]. 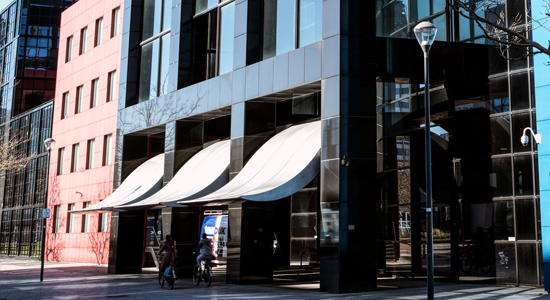 MetLife’s €88m vote of confidence in Dutch offices
MetLife Investment Management, the investment arm of US insurer MetLife, has provided an €88 million loan to New York-based manager Time Equities to refinance a 36-property portfolio in the Netherlands, consultancy JLL, which advised the borrower, announced this week. Time created the portfolio of 34 offices, plus an industrial and a retail asset, using little or no financing. MetLife’s five-year, interest-only facility reflects a 50 percent loan-to-value and provides a day-one debt yield of 11.77 percent. The properties, located across the Netherlands, are 86 percent occupied and around 10 percent under-rented, according to JLL.

JLL’s Q1 2021 office market report for the Netherlands showed office investment was €294.6 million during the quarter, down 79 percent from Q1 2020. However, Aaron Medeiros, acquisitions and policy director at Time, said the firm remains optimistic about the Netherlands’ office and commercial market and will continue to grow its asset base in the country. There are hopes for a Dutch economic rebound. CPB, the Dutch government’s macro-economic think-tank, said last week the country’s economy is set to grow 3.2 percent this year following last year’s contraction of 3.7 percent.