“We are not just giving out of the goodness of our hearts – they will have improved the asset, and therefore improved our credit.”

Martin Barnewell, investment director in Aberdeen Standard Investments’ commercial real estate debt division, tells Real Estate Capital why the company is planning to offer loan margin discounts to borrowers that improve the sustainability of their assets during the life of the loan [see the full story here].

Finding new purpose
Recent deals suggest lenders are getting behind sponsors’ plans to repurpose dated buildings. German bank Berlin Hyp last week announced [see here] a €73.4 million loan to finance the conversion of the former headquarters of Dutch bank ING in Amsterdam – built in the 1980s and nicknamed ‘The Sandcastle’ due to its appearance – into a mixed-use property, mainly comprising residential space, as well as some offices and retail. Also last week, London developer W.RE sourced £55 million (€64 million) from debt fund manager BentallGreenOak for its redevelopment of the historic Arding and Hobbs former department store in the Clapham area of the city into 110,000 square feet encompassing flexible retail and leisure, plus modern office space [read more here]. Martin Sheridan, principal of UK debt at BGO, said the deal was its first “retail reinvention” loan in the UK, but the firm expects to do more. The fact both schemes include retail and office uses shows sponsors, and lenders, see a future for such uses, if done right.

Getting creative around social thinking
When it comes to property lending, the thinking around the S is less defined than around the E of ESG [environmental, social and governance]. However, some lenders are showing how creative they can be when seeking to make a social impact. Last week, French banking group Crédit Agricole provided its third ‘solidarity loan’ in the sector – a €28 million seven-year ‘community-impact linked’ real estate financing for Tishman Speyer’s first Portuguese purchase, an office building in Lisbon. The facility includes a mechanism by which the lender waives part of its remuneration and the funds, matched by the borrower, will be allocated to a selected Lisbon-based charity on an annual basis. In June 2020, the bank provided what it called the first “shared solidarity product” in the sector – a €150 million revolving credit facility to French property company Icade, in which part of the remuneration was allocated to research on covid-19 vaccines carried out by France’s Institut Pasteur. Such deals demonstrate that working social metrics into a real estate finance deal is possible when lenders think outside of the box.

Buying in bulk
With the world awash in investment capital and government assistance, distressed buying opportunities have been hard to come by in 2021. But that has not stopped Cerberus Capital Management. The New York firm acquired a portfolio of 6,000 foreclosed properties from the Spanish bank Grupo Cooperativo Cajamar this week for €500 million. It was the largest non-performing exposure sale in the country since the pandemic began, according to Alantra, which acted as financial adviser to Cajamar. The real estate-owned, or REO, assets include commercial and residential properties as well as land. The Jaguar portfolio, as it is called, is concentrated along Spain’s southern and eastern coasts, from the Andalusia region up to Catalonia along with the Balearic Islands. Cerberus closed its latest opportunity fund on $2.8 billion in March. 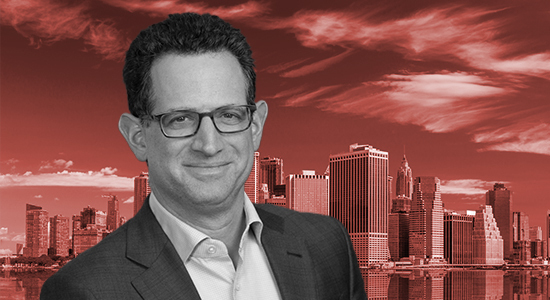 Goldman credit veteran moves on
According to a 6 July email sent to friends and colleagues and seen by affiliate title PERE (registration required), one of real estate credit’s big hitters plans to “relax and play some golf over the summer while I figure out what my next chapter will be”.

Peter Weidman, who was co-head of Goldman Sachs’ global real estate credit business, has left the New York-based bank after 22 years [read the full story here]. Weidman was co-chief investment officer of Goldman’s Real Estate Credit Partners fund series, launched in 2009. In December 2017, Goldman closed the third fund in the series, with $4.2 billion of third-party capital and balance sheet and employee co-investment. Richard Spencer, who was co-CIO of the fund series with Weidman and is based in London, will now be the sole CIO.

In an article published by Real Estate Capital last month, Weidman said investors have become familiar with real estate debt in the years since Goldman launched its strategy. “These days, there are few investors that are not interested in real estate debt and just want to do real estate equity,” he said.

Junior lending opportunity
As large parts of the European real estate market start to recover in the next six to 12 months, risks will also start diminishing, making the case for junior lending particularly attractive, asset manager DWS said in a research report published last week. It added that more caution among banks during the pandemic has created opportunities for subordinated lenders. 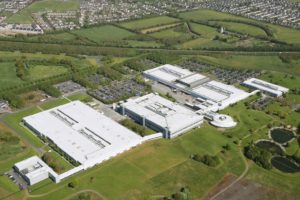 Starz backs Ireland’s tech credentials
Starz Real Estate, the mid-market lender led by David Arzi, former head of Marathon Asset Management’s US and European property business [read our 2019 interview with him here], has cited the appeal to tech and life sciences tenants of the Irish business park it has financed with a €64 million senior loan. Starz provided the 67 percent loan-to-value facility to the Swiss buyer of the 192-acre Liffey Business Campus, located close to Dublin. The technology campus, which features warehouse, manufacturing and office space, plus 84 acres of development land, will benefit from a “prevalent supply shortage” in the Dublin market, Starz said. It added that its power capacity makes it immediately suitable for data centre occupiers. Tech tenants are a huge driver of demand in the Irish capital. In a Q1 2021 research piece [see here], Savills Ireland said tech occupiers have counted for more than half of office take-up in the last five years. While many feared concentration risk, pre-pandemic, Savills said tech firm’s recent resilience bodes well for the Dublin area market.