“In the future, the office world will be even more flexible, digital and location-independent. As a result, the demands on office buildings are constantly increasing, which is why modern office and furnishing concepts are indispensable.”

Kennedy Wilson’s latest lending drive
The Californian private equity firm Kennedy Wilson was among the US investors that swooped into Europe in the wake of the 2007-08 global financial crisis to buy up distressed property and real estate loans – predominantly in Ireland and the UK. Unlike some of the other opportunistic credit investors which entered the European market around that time, Kennedy Wilson has grown its profile in the past decade, listing its European asset-buying platform in 2014, and more recently buying prime properties and even launching large-scale developments.

However, the opportunistic investor has continued to invest through debt, launching a $2 billion debt platform with long-time collaborator Fairfax Financial in May 2020 – to target debt sales and new lending. It has now bolstered its lending strategy, securing a $700 million commitment from an unnamed institution with which to lend against high-quality European property (see the announcement, and Real Estate Capital’s coverage). Lending in Europe, it seems, is an increasingly attractive endeavour for such firms.

Tyrus hits the fundraising trail
Investors are seeking access to real estate returns through debt strategies, and managers are keen to accommodate such demand. Among them is Tyrus Capital, an alternative asset manager based between Monaco and London. In 2019, Tyrus bought the UK business of manager Tyndaris, which brought two European debt funds targeted towards mid-market lending into its ownership. Now, Tyrus is understood to have launched a third vehicle for the series.

Last week, Real Estate Capital revealed that the firm had begun fundraising for the vehicle, through which it is understood to be seeking up to €400 million to lend in whole loan and mezzanine deals within a €15 million to €75 million loan size range (see our exclusive story here). The so-called mid-market is a target for several lenders which see it as underserved by banks and the larger alternative lending platforms. Tyrus is among those which clearly believe there is a gap in the market to be filled.

A sovereign comeback?
In real estate equity capital markets news, affiliate title PERE highlighted the expected return of sovereign wealth money to property markets (read the full Weekly Letter here). During the pandemic, sovereign wealth funds have been muted, concentrating instead on supporting their governments. However, US manager Invesco, in its ninth annual Global Sovereign Asset Management Study, said 72 percent of the 82 sovereign wealth funds and 59 central banks included in the research saw the pandemic’s impact on markets as now offering a “strong opportunity to invest” in real estate. But do not expect a repeat of their top-of-the-cycle performance when they were responsible for $51 billion of direct investments in 2015, as per data from transactions research firm Real Capital Analytics.

PERE has just finished compiling its next Global Investor 100 ranking, to be published in October. Where once sovereign money reigned supreme, it has now been replaced by insurer and pension capital that has continued to actively deploy throughout the crisis. It is hard to see how, after a couple of years of muted activity, SWFs will get back on top.

Investment on the up
Property consultancy CBRE cited strong activity in the UK and Germany as the driver of €70 billion of European real estate investment in Q2 2021, a 45 percent increase on the same period in 2020, which brought H1 2021 figures to €124.6 billion. 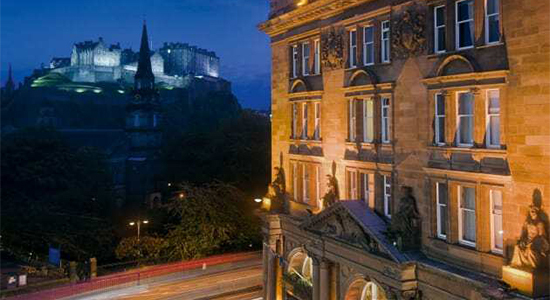 Room with a view
The Caledonian Hotel boasts views of Edinburgh Castle, the Scottish capital’s most recognisable landmark. The high-end hotel is operated under the Waldorf Astoria brand and has been owned by Abu Dhabi-based Twenty14 Holdings since 2018. It has now attracted £62 million (€72 million) of fresh finance. OakNorth Bank, the London-based challenger bank, and private real estate company Topland, were the lenders in the refinancing deal – the former taking the senior slice and the latter the mezzanine slice.

The deal was originated by Topland – indicative of recent hotel financings which have seen alternative lenders step in to provide debt. Sol Zakay, chief executive and executive chairman of Topland, said his firm continues to believe in the fundamentals of the hotel sector. “The right assets under the right management will be sure to bounce back as we emerge from the pandemic and, with significant cash reserves ready to deploy, we are keen to explore such opportunities across the capital stack,” he said.