Goldman eyes Irish housing
The private credit business within the asset management arm of Goldman Sachs has invested in a strategy designed to provide loans to developers of private, social and affordable housing across Ireland. Initiative Ireland, a Dublin-based specialist residential lender, announced that Goldman Sachs Asset Management has backed the ‘sustainable finance partnership’ it formed in May with Fairfield Real Estate Finance, a UK-based specialist lender formed in 2016 with the backing of Oaktree Capital Management. The partnership’s aim is to deliver 7,500 new homes in Ireland over the next three years.

Initiative Ireland said that, through the partnership, it has the capacity to lend up to €900 million over the next three years to developers of varying sizes in the country. The agreement demonstrates the appetite among banks and institutional capital providers to seek access to residential lending markets in Europe by backing specialist lenders to the sector. Speaking about the deal, Banu Kisakurek, a managing director in the private credit business within Goldman Sachs Asset Management, said Initiative Ireland and Fairfield are seeking to address the “large gap” in social and affordable housing in Ireland, with a focus on sustainability. “We believe our provision of credit provides increased support for developers and that Initiative Ireland’s innovative approach will make a meaningful impact on social and affordable housing supply,” he said.

Other financial institutions are targeting the ownership of residential for-rent. In July, the UK’s Lloyds Banking Group demonstrated its eagerness to become a large private residential landlord with the launch of the Citra Living platform. One month earlier, Australian bank Macquarie launched its own platform, Goodstone Living, to “capitalise on a significant market opportunity in the UK’s purpose-built rental housing sector”.

Debt: Real estate’s ‘sweet spot’
According to Christian Janssen, the head of commercial real estate debt for Europe at Nuveen Real Estate, debt investment currently represents a “sweet spot” in the property market. Speaking at the official launch of its latest UK real estate debt strategy [read more here], Janssen explained that lending can offer investors an attractive level of income, coupled with downside protection against short-term volatility. He went on to describe this as “particularly prevalent as the UK comes out of the pandemic and establishes its post-Brexit geo-economic position”.

Nuveen has already raised £140 million (€164 million) of capital for its latest UK lending vehicle – its third in the series – for which it is targeting a £500 million total capital raise. Speaking to Real Estate Capital about the strategy, Janssen remarked that Nuveen sees plenty of opportunities to provide finance in the UK market, with investment activity strong. To read more of Christian Janssen’s thoughts, click here.

Corestate aims to plug the gaps
Helvetic Financial Services, a subsidiary of the Luxembourg-based manager Corestate Capital, has launched a senior credit fund designed to finance developments and existing properties across the German-speaking nations [read more here]. According to Martin Bassermann, chairman of HFS’s board, bank lenders are not meeting the need for real estate financing, creating a gap for senior secured loans. Helvetic, which is known as a mezzanine finance provider, is targeting a return of more than 5 percent through the fund – Stratos VI. HFS expects the fund to have attracted around €500 million by the end of 2021 and aims to increase that amount to approximately €1 billion in 2022.

Where Europe’s logistics occupiers expect to expand
Among warehouse tenants, 46 percent predict their space requirements will rise in the region’s countries, with France and Germany leading the way, according to a report by listed logistics firm Tritax EuroBox and broker Savills. Only 4.8 percent expect to make a reduction. 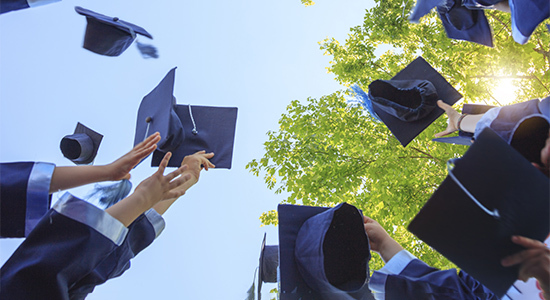 Student landlord aims high on sustainability
Unite Students, the UK student accommodation developer and owner, last week closed a £450 million (€527 million) unsecured revolving credit facility with a trio of banks – HSBC, NatWest and Royal Bank of Canada – which takes its earliest debt maturity to 2025 [read the full announcement here]. The terms of such facilities are increasingly being pegged to the sponsor’s performance in all things environmental and social. In this case, the sustainability-linked facility was designed to align with Unite’s sustainability strategy, which was launched this year. If Unite hits pre-agreed targets to reduce carbon emissions, improve energy ratings and increase the value of contributions to social initiatives, it stands to benefit from a 2.5 basis points reduction to its base margin. If it fails to meet the targets, that reduction becomes a premium. According to Joe Lister, Unite’s chief financial officer, the performance targets serve to “further incentivise” the group in its sustainability efforts.