“We had expected to see a lot more restructuring. It is much more about new originations, new acquisitions and refinancing in our pipeline.”

All eyes on Evergrande
Global financial markets are bracing for the collapse of Evergrande, China’s second largest private property developer, which owes more than $300 billion and is low on cash. Around $20 billion of outstanding debt is reportedly owed to offshore lenders. Real estate specialists, including CBRE, expect to see a restructuring and reorganisation which will require investors and lenders, particularly bondholders, to “take a haircut on the debt they are owed”.

Although it remains unclear who is on the hook if there is a collapse, most of the company’s liabilities are, according to Bloomberg, held by Chinese firms. But lenders worldwide have invested in Evergrande. This explains why some European banks, including Credit Suisse, UBS and HSBC have been emphasising in recent weeks their limited exposure to the developer specifically and Chinese real estate more generally. These groups are among those that have been large holders of Evergrande debt, Bloomberg said. Whether and how the company’s indebtedness filters through the global credit system remains to be seen. But what seems clear is that a quick fix is unlikely and so too is a systemic meltdown.

Modular momentum
The latest happenings in the world of modular construction show developers – and lenders – are eager to support the growth of the building method. Earlier this week, UK modular housing firm ilke Homes announced it raised £60 million (€70 million) in a fundraising round that would allow it “to deliver 10,000 sustainable, factory-built homes over the next five years”. Legal & General, through its modular homes arm, is also intending to develop 80 affordable homes for shared ownership and social rent at a Kent site it recently acquired. Investec Real Estate is one of those lenders turning its gaze to the sector. The banking group’s property division last week provided its first loan in the sector – an £11 million facility for Stelling Properties Group’s latest modular development, a student scheme in Guildford. As the lending industry sharpens its sustainability focus, modular construction’s ‘green credentials’ are expected to help it attract a wider lending pool.

A new frontier
BentallGreenOak has launched its first US-focused value-add debt fund with a target of $500 million, affiliate PERE has learned. Earlier this year, PERE reported that the firm would look to mirror its European lending platform [see coverage here] with an American fund series to make loans to transitional projects. Previously, the firm’s lending activity in the market was limited to a core-like mortgage business run through its Sun Life arm, which manages a book of $10 billion North American loans. In late May, Jim Blakemore, managing partner and head of global debt at BGO, told PERE that a pivot towards higher yielding debt was imminent. The shift appears to be in full effect. BGO declined to comment on the fundraise, citing regulatory compliance concerns.

Key takeaways from our in-person event
PERE’s annual Europe Forum, incorporating its Debt & Financing Forum, was forced online in 2020. Last week saw its in-person return in London. It was a welcome opportunity for people to catch up, face-to-face, and swap notes on the pandemic’s impact on real estate and the finance part of the industry. Here are five key points made.

1. Lenders are originating, not restructuring: As reflected in Laia Massague’s above quote, several lenders said distress in their loan portfolios has been limited, allowing them to focus on new business [read more on this here].

2. Development looks more attractive: Lenders are wary of retail, and many offices. They are piling into logistics and residential. Amid stiff competition, some said funding development is a good route to new business – and better pricing.

3. Sustainability cannot be ignored: Lenders are keenly aware of the risk of writing loans against properties which may fall below ESG standards by the time the facility needs to be repaid. But there was debate about how best to use finance to promote sustainability [read more here].

4. Obsolescence is the fear: Rapidly changing ESG standards were cited by equity investors as one factor in the pandemic’s acceleration of obsolescence across the real estate sector. Increased tenant demand for digitalisation and flexibility were other key factors in swathes of property fast becoming old [read more here].

5. Action is needed on offices: Paul Tebbit, managing director and fund manager of BlackRock’s £3.5 billion BlackRock UK Property Fund warned that lessons must be learned from the travails of retail, which he said took a decade to be fully felt. Do not last it out and wait for valuations to wind down, he warned. 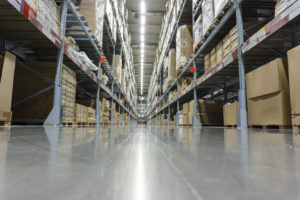 Allianz backs BGO’s logistics development drive
The weight of capital into UK industrial property has pushed prime yields down – by 16 basis points to 4.4 percent, according to consultancy CBRE. In such a competitive market, some are choosing to develop new stock. Among them is US manager BentallGreenOak which plans 2.4 million square feet of logistics across eight UK sites. Allianz Real Estate is backing the project. The property business of the German insurer, via its European debt fund, announced [see here] a £240 million green loan to fund the development drive. Keep an eye out for our interview with Allianz’s head of UK real estate finance, Shripal Shah, in which he explains why financing development represents a good route into logistics for a lender.