“What we’re seeing right now is chaotic price discovery, a period of almost no transactions. It’s very challenging to get accurate information”

Empire building
Despite the headwinds battering the real estate lending market, some argue it is an ideal time to launch debt strategies, with competition reduced and loan pricing increased. In recent weeks, managers KKR and Fiera Real Estate have announced the launch of their European credit businesses, at a time when market dislocation is expected to generate opportunities for non-bank lenders in Europe. Swiss-based manager Empira, which focuses on German-speaking markets, is the latest to hit the fundraising trail, with plans to add another debt vehicle to its stable. It aims to raise €600 million of equity, which will be unlevered, and provide loans for existing residential and office assets. Empira’s chairman, Lahcen Knapp, told trade publication Property EU the firm would seek a cash-on-cash return of 5 percent from the vehicles outlays.

Starz secures Stepstone Investment
While alternative lenders aim to capitalise on market dislocation, some in the market say fundraising for real estate debt strategies has slowed in recent months. However, there is evidence of continued interest from certain investors. This week, London-based alternative lender Starz Real Estate, announced it has secured investment from StepStone Real Estate – part of private markets investment firm StepStone Group – for its Starz Zenith Capital fund. Starz had previously secured anchor investment from Abu Dhabi’s sovereign investor Mubadala Investment Company. StepStone’s initial investment will enable the fund to originate an additional €250 million in loans in the €15 million to €100 million size range. StepStone had previously anchored Starz’s first fund. “We believe that the high interest rate environment, combined with increasing liquidity constraints that are starting to emerge, will create substantial opportunities to deliver attractive risk-adjusted returns to our investors in the private debt sector in this next market cycle phase,” said Josh Cleveland, who heads the EMEA region for StepStone Real Estate.

DWS looks for the positives
In its latest real estate debt update published on Friday, Frankfurt-based manager DWS outlined a tough environment facing lenders. It also pointed to a more positive outlook. Indeed, despite near-term volatility, its longer-term forecasts for property yields have not changed significantly, meaning it believes assets initially valued at a significant discount to recent pricing are at less risk of further value decline during the term of a new loan. The firm added that increased caution from senior lenders may present junior lending opportunities in upcoming refinancings. Higher all-in senior loan rates may also put property income under pressure, with potential implications for sponsors’ ability to service junior debt. Income and stability of cashflow will be crucial to junior lenders’ decision-making, with higher-yielding assets and sectors, including properties with more affordable rents, possibly more attractive to lenders. Prime offices or private rented sector assets in regional cities, where assets can trade at a premium to gateway cities, will appeal, it suggested.

Industrial leads return lows
The latest figures from MSCI’s UK Property Index show what the data provider describes as the “worse returns” seen since during the global financial crisis. The index, which tracks the performance of property investments with a total capital value of £34.3 billion (€39.2 million), recorded a negative annualised return of 6.5 percent for October 2022. The industrial sector posted considerably lower returns of -9 percent, which were twice as bad as in any single month during the GFC, according to MSCI. The figures follow the release of its third quarter 2022 investment volume figures, which were down 37 percent on the same period last year.

Allocations akimbo
You can count on a sharp downturn to play haphazardly with institutional allocations. So it proved again, according to the latest Allocations Monitor, jointly published research by capital advisory firm Hodes Weill & Associates and Cornell University’s Baker Program in Real Estate. As per the white paper, while institutions continued to increase target allocations to real estate – with average allocations rising to 10.8 percent in 2022, up 10 basis points from 2021 – strong returns last year, combined with the denominator effect, contributed to a marked overallocation in institutional portfolios. The co-authors reported that 32 percent of the 173 institutional investors surveyed, accounting for a combined $1.1 trillion of real estate, have found themselves overallocated. That is three times as many investors as were overallocated in 2021. This was a key contributing factor to dramatic downward trends seen in investment volumes in the third quarter of the year. “Concerns of overallocation, along with declining conviction, led to a significant slowdown in deployment pacing, beginning in the second quarter of 2022,” Hodes Weill said in its coverage of the monitor.

Retrofitting reality bites
Property owners need to triple the current pace of retrofitting properties to meet the 2050 decarbonisation goals that are part of the Paris Climate Agreement, according to a report published last week by JLL. Retrofitting Buildings to be Future-Fit, painted a stark picture of the level of retrofitting happening versus what is needed, with the advisory finding current retrofit rates are only at around 1 percent each year, compared with a necessary annual target of 3 percent to 3.5 percent. The report also sounded further warning bells for offices of relatively new vintages, noting offices completed five years ago are not likely to be in sync with future expectations for energy standards. One thing to keep in mind: reusing and repurposing existing buildings rather than building from scratch always represents a significant carbon reduction. 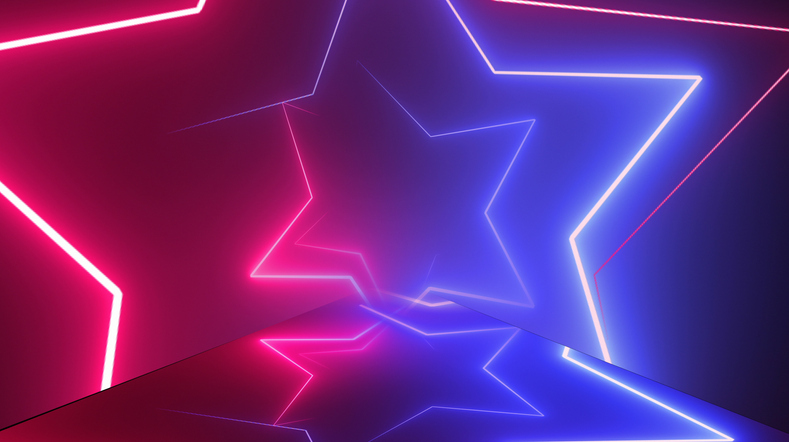 Time to make your case
There is no denying it – 2022 has been an extremely difficult year in which to do business in Europe’s real estate financing market. Soaring inflation, the impact of the war in Ukraine, looming recession and rapidly rising interest rates have combined to make underwriting transactions an unenviable task. However, while lending activity has undoubtedly taken a huge hit, the industry has not stopped altogether.

To recognise the organisations and deals that have stood out during a tough year, the Real Estate Capital Europe Awards is back – and it is bigger than ever before. The 2022 awards will have 37 categories – four more than last year – with the new awards including Social Impact Lender of the Year: Europe, to recognise those striving to make the ‘S’ in ESG a priority. We have also introduced four sector-focused categories – Lender of the Year – Offices: Europe, and equivalent awards for logistics, retail and residential.

For our editorial team to compile shortlists that reflect the best of the market, we need to hear your 2022 achievements. The deadline for submissions is midday UK time, on Friday 25 November. Click HERE to access our dedicated submissions form. Don’t miss out!

Office space
According to Savills, European office transaction volumes in Q3 were down 28 percent on the five-year third-quarter average, to €19 billion. The consultancy said increased caution about the rising cost of debt has impacted transactions. The firm also highlighted how prime European office yields have increased by an average of 40 basis points since Q1 2022 to account for higher financing costs. However, transaction volumes were not down in all markets – Belgium, Ireland, Italy, and Spain all recorded increases to the Q3 average.

In’li factors in purchasing power
In’li, a housing provider with more than 45,000 properties in the Ile-de-France region, this week announced it sourced a €190 million, six-year mortgage from HSBC Continental Europe in October. As part of the deal, the interest rate is tied to its performance against environmental and social objectives.

The company said it and the bank decided to factor indexation criteria into the facility, in line with the objective of boosting purchasing power for tenants across the portfolio, as well as in line with the objective of retrofitting existing properties and improving energy efficiency and the carbon footprint of the portfolio. On the purchasing power aspect, Damien Robert, chairman of In’li’s management board said the financing is in step with the company’s commitment to offering housing designed to provide tenants with affordable housing at below-market rents.