“All of our clients are asking the same questions. They are most concerned with interest rates, the supply side, cost of materials and inflation”

As equity and debt providers pivot to residential sectors, luxury retirement schemes are increasingly popular. The findings of a UK investor intentions survey, published by consultant CBRE in January [read it here], revealed retirement living and senior housing was second only to healthcare and life sciences in property investors’ preferred alternative sectors. Simon Loveridge, Riverstone’s chief financial officer, expressed his belief in the sector: “Securing further finance from Cheyne Capital for our Kensington residence reinforces the appeal of the Riverstone offering and our plans to deliver a platform of scale in prime London locations,” he said.

Finance for offices
Much has been written about how changing patterns of working will affect lenders’ appetite for offices. The latest activity by German lender Berlin Hyp hints at how one major European lender is approaching the sector. On 6 April, it said it provided €152.7 million to fund the development of the fully pre-let HAMØ scheme near Paris, which is in line for a BREEAM Excellent label, meaning the bank can fund it from its green Pfandbrief.

In a separate deal, announced on 12 April, it provided €65 million to refinance UK property company Shaftesbury’s Frankfurt office building, which dates from 1954 and is subject to a modernisation plan that will enable an energy sustainability certificate to be obtained. In new developments, or refurbishments of existing assets, a focus on sustainability is increasingly crucial to securing bank finance.

US yield curve inversion
While there is no crystal ball to predict how markets will be affected by the inversion of the yield curve for US Treasuries, an inverted yield curve has historically been seen as an indicator of a pending recession. But this viewpoint is being challenged. What is happening with the yield curve right now may be a story of supply and demand; more foreign investors are buying US Treasury bonds at a time of global economic and geopolitical turmoil. The jury is still out on whether the shape of the yield curve today is predicting a recession. But debt investors should keep in mind the following takeaway: it is better to plan a portfolio around long-term convictions than short-term market movements.

The Italian job
Italian real estate just posted its best quarter ever in terms of deal volume. In Q1 2022, €3.4 billion of investments were made in the country, more than double the €1.5 billion average for the last 10 years, according to a report by Milan-based real estate services firm Dils. Notably, more than €1.3 billion, or 39 percent, of the investments made in the quarter were in the office sector. Within that, 83 percent of the capital came from overseas. The investment activity was driven by increased leasing in Italy’s two major office markets, Milan and Rome. Milan saw 1.15 million square feet of lettings in the quarter, while the capital saw an additional 587,710 square feet leased. In each market respectively, those take-ups represented increases of 30 percent and 105 percent, respectively, compared with Q1 last year. 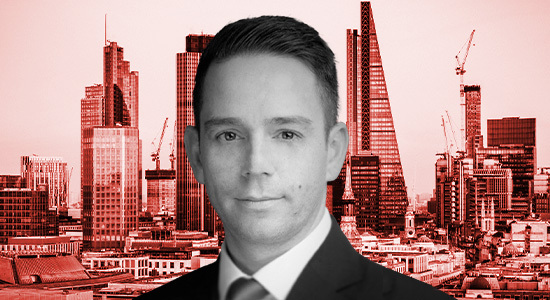 Replacing her at the helm of the UK property division is Andy McDonald, who will take the reins from 1 May. According to his LinkedIn profile [view it here], McDonald has been head of distribution within HSBC’s real estate finance team since he joined in February 2021. He previously spent 13 years at rival UK bank Barclays, in various roles leading to head of debt structuring for real estate.

HSBC was voted Bank Lender of the Year: UK in the Real Estate Capital Europe Awards 2021, while its UK activities contributed to it winning the Sustainable Finance Provider of the Year: Europe title. Read more about its award wins here.

Shed load of demand
Occupier demand for logistics space in the UK is strong. In the first quarter of the year, take-up was up 100 percent more than Q1 2021, at 10.4 million square feet, with the number of deals up 64 percent to 41, according to adviser CBRE.

Deutsche fuels Battersea Power Station flats purchase
Battersea Power Station, on the south bank of London’s River Thames, secured iconic status when it featured on the cover of Pink Floyd’s 1977 album Animals. Now, it is the focus of a major regeneration, including a mix of property uses in its vicinity. In March 2021, MGT Investment Management, a London-headquartered real estate manager, bought into the regeneration, agreeing to forward purchase 92 apartments within two tower schemes designed by architect Gehry Partners and a Foster and Partners-designed building.

Last week, it was announced that German lender Deutsche Bank has provided MGT with a £100 million (€120 million) debt facility, for MGT to complete the purchase of the apartments. Adviser Eastdil Secured advised MGT on the financing.

The apartments, which Deutsche Bank has financed, will be marketed for rent, contributing to a growing stock of build-to-rent residential in key locations across the UK capital. According to MGT’s managing director, Henry Morris, the company’s third UK BTR sector play will not be its last: “We have plans to aggressively expand the portfolio with further forward funding and forward purchasing of high-quality residential assets for rent,” he said.