“Companies have been re-thinking ways of working for a number of years, but this shift was accelerated by the pandemic. It brings significant opportunities for real estate investors.”

The partners have so far closed two deals, with Apollo Global Management featuring as an additional lending partner in each. They include a £251 million (€299 million) financing for a private rented sector scheme in London’s Nine Elms. Amid an undersupply of quality housing in the UK, developers, lenders and capital managers are piling in. Précis chief operating officer Daljit Sandhu told Real Estate Capital Europe: “The conversations we are having with Carlyle and lots of people in the market is that they are very interested in UK residential, and covid-19 has attracted a lot more additional capital in the space.”

Allianz grows third-party capital
Allianz Real Estate, the property business of insurer Allianz, last week issued an update on the growth of its debt business [read in full here]. The company delivered around €2.2 billion in new loans in Europe in 2021 – its highest annual volume to date, bringing its European debt assets under management to €11 billion by year-end.

The update provided an insight into Allianz’s strategies for its lending business. It increased its lending against transitional assets, as opposed to core assets, to account for around half of last year’s origination. It also increased its green lending, with two-thirds of the €2.2 billion eligible to be classified as green loans. Allianz also continued its shift towards managing external capital as well as in-group funds. New third-party capital flows into its Luxembourg-based debt fund reached €610 million for the year, bringing external commitments to almost €1 billion. “The ongoing evolution of our Luxembourg debt fund also underscores the success of our ‘invest alongside Allianz’ client approach,” said Roland Fuchs, head of European real estate finance.

There may be more bond issuance in the coming weeks as property companies aim to lock in finance. CTP reported its latest bonds priced at 0.875 percent, compared with 0.625 percent for its September 2021 bonds, which it attributed to rising market rates on the back of higher inflation expectations. “We believe that with interest rates ticking up and higher inflation expectations becoming embedded in the bond markets this was a good time to issue our eighth bond,” said Richard Wilkinson, chief financial officer of CTP. 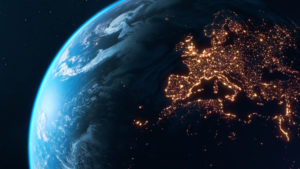 All-time high
Europe’s real estate investment market staged a remarkable comeback in 2021, following a year of suppressed activity in 2020 due to the pandemic. CBRE data shows investment reached an all-time high in 2021, with a total of €359 billion – up 25 percent on 2020, and 8 percent from 2019, which was the previous record. Germany and the Nordics both posted record volumes, up 39 percent and 44 percent year-on-year, respectively [read more here].

But the rebound was not universal. French volumes were down 9 percent from 2020, with Portugal down 21 percent and the Netherlands down 10 percent. The consultant said large platform deals contributed to the record year, including deals such as German residential owner Vonovia’s €22.3 billion takeover of Deutsche Wohnen’s residential platform. CBRE said M&A and portfolio activity was the major conduit through which investors allocated capital to real estate in 2021, particularly in multifamily. It expects the trend to continue in 2022.

Nordic resilience
No prize for guessing which European real estate markets scored best in Oxford Economics’ obsolescence index, published for the first time last Wednesday. Having determined its methodology for assessment, the research provider found the Nordic countries of Norway, Sweden and Denmark were the locations with the lowest obsolescence risk. They stand to benefit from the “most defensive future returns over the medium to longer term as investors re-weight portfolios to align with net-zero commitments”, said Oxford Economics. Speaking of which, be sure to check out PERE’s exclusive interview with Claus Mathisen, CEO of the Nordics’ biggest manager, NREP, in which he discusses how the firm will achieve its ultra-ambitious aim of getting its AUM, currently around €14 billion, to generate net-zero carbon emissions by 2028. That will be out next week in PERE’s February edition.

Long exposure
Public and private pensions have the greatest allocations to real estate among those surveyed for the PERE Investor Report 2022. 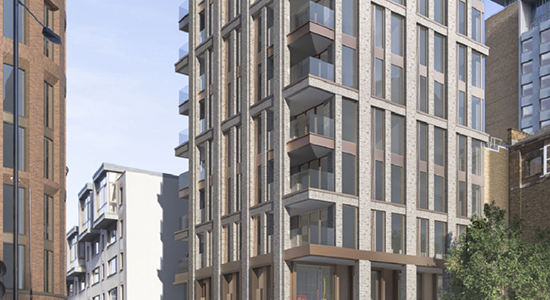 Oaktree-backed Silbury finances London residential tower
Silbury Finance, the development lender backed by Oaktree Capital Management, has grown its UK residential exposure through a new deal. The company has provided a £23.8 million (€28.4 million) senior loan to developer WMG Aldgate, reflecting a 63 percent loan-to-gross development value, and with a 34-month term. It will fund the development of a 17-storey tower comprising 49 apartments and 2,850 square feet of commercial space, located in Aldgate, on the edge of the City of London. The loan includes a discount on the exit fee for the borrower if the scheme meets pre-determined sustainability criteria.

Gavin Eustace, Silbury’s founding partner, said the UK residential market had a “stellar” 2021 due to chronic undersupply. He added that schemes with strong ESG credentials in well-connected locations will be Silbury’s focus. Since its January 2021 launch, Silbury has lent more than £240 million in the UK’s ‘living’ sector.