“Every month there is a new debt fund getting into the market, of which 80 to 90 percent are international. They are bringing many types of capital”

A sell-off for Blackstone

A little more than five years ago, New York-headquartered real estate giant Blackstone shifted a paradigm of thinking in the real estate market with the launch of its non-traded real estate investment trust, BREIT. The fund’s total assets have grown rapidly since, currently measuring more than $125 billion, and last year Blackstone was averaging $2 billion a month in commitments into the fund.

However, this week’s announcement that a clause in the fund documents has triggered a gating on redemptions has caused some concerns for this darling of the private real estate market. In October, Blackstone exceeded its monthly limit of 2 percent of the vehicle’s total net asset value ($69 billion as of the end of Q3) and its quarterly threshold of 5 percent. Reports suggest that the majority, as much as 70 percent, of the redemptions came from Asia. One partner in the fund told the Financial Times that the poor recent performance of Asian markets has put pressure on investors.

The consternation from the wider financial markets could result in more entrants to the redemption queue as BREIT’s stock value tumbled as a consequence. Reuters reported a drop off of around $8 billion in market capitalisation over the weekend. The firm has recouped some capital with the sale of its 49.9 percent stake in two Las Vegas hotels for around $1.27 billion, plus it has cash reserves believed to be in the $11 billion range, the Reuters report said. Whether more of a sell-off is to come hinges on the next round of monthly valuations.

Make no bones about it, this is not a Blackstone-specific issue. US rival Starwood too has gated its non-traded REIT, Starwood Real Estate Income Trust, after redemption requests reached 3.2 percent of the REIT’s net asset value, news service Barron’s reported. Others will likely follow as this trend kicks off.

The starting point for a sell-off

Like BREIT, many institutional open-end real estate funds are similarly facing growing exit queues, raising the prospect that the funds’ sponsors could likewise gate the vehicles. While that has yet to happen, open-end funds are expected to be among the most pressured parties to sell assets, according to Steven Cowins, co-chair of law firm Greenberg Traurig’s global real estate practice.

“If you look for who is going to be pushed to sell now, they’re going to be the start of it,” Cowins says in affiliate title PERE’s December 2022/January 2023 cover story. “And obviously, once those assets reprice, then it causes a ripple through the rest of the market.” Open-end funds, however, represent just one segment of a wider universe of direct and indirect real estate owners that are under pressure to sell. For the full story, click here.

London office values are set to drop by 38 percent in the next three years, as working from home and firms downsizing their workforces will dampen demand for workspace, says investment bank Citi. Its real estate analyst team published a note on Monday in which it gave UK-based office landlord Land Securities a neutral rating and added that worse is to come for those similarly invested in the UK capital.

Aaron Guy, Citi’s real estate equity analyst, said London office owners would have to decrease rents by 43 percent over the next four years and that properties being sold today would need to be done so at a price that was 40 percent below current market value for the buyer to make an “investible return”. In September, LandSec agreed to sell Deutsche Bank’s future London headquarters at a 9 percent discount to its March valuation, according to a report at the time. It sold the office block, which is under construction and is expected to complete in Q1 2023, for £809 million, according to Dow Jones.

Despite many lenders having taken a step back from the market in the hope of greater clarity on values and rates in the New Year, there are prominent examples of big loans being closed. This week, manager Cheyne Capital provided a €200 million-plus senior financing to support the growth of pan-European hospitality platform Beaumier, which is owned by US private equity firm KSL Capital. The lender said the loan deal, which will refinance bank debt and fund extensive capital expenditure, reinforces its “confidence in the European lifestyle hotel market”.

High-end leisure-focused hotels remain a target for several lenders. In this case, the sponsor owns properties in the French Alps, Provence and the Cote d’Azur, as well as Switzerland and Spain’s Balearic Islands. “This pan-European facility embodies one of Cheyne’s overarching investment theses: to finance unique hotels managed by a strong operator and located in prime leisure markets,” said Antoine-Julien Richard, loan originator at Cheyne. “We believe such assets offer both resilience to market volatility and further growth potential.”

Property adviser Knight Frank is forecasting that the UK build-to-rent market will double in size in the next five years – from £56 billion (€65 billion) in 2022 to £102 billion in 2028. The figures, which are based on the current operational stock and that which is being developed, are featured in a report released this week.

The research also says capital invested in the sector could total £3.8 billion this year, a 31 percent increase on the 2016-2020 long-term average, driven by pension and insurance funds. Jonathan Stevenson, head of build-to-rent funding at Knight Frank, said the BTR sector has “counter-cyclical qualities” due to the structural undersupply of rental homes and growing demand as people look to rent for longer.

In the US market, replacing an existing bridge loan with another short-term financing as opposed to locking in longer-term debt with higher rates is one way borrowers are getting creative in today’s inflationary, high interest rate environment. Industry experts are seeing this trend particularly in situations where there is a solid opportunity, but a borrower has not yet completed a business plan. “Bridge-to-bridge financing is on the rise,” Charles Krawitz, head of commercial lending at Chicago-based Alliant Credit Union, told affiliate title Real Estate Capital USA last week. “The claim is: ‘We are now on the 10-yard line and almost in the end zone.’ While this is often true, there are also cases when getting in the end zone requires achieving rents that are disproportionate to the market.” Read the full story here (registration required). 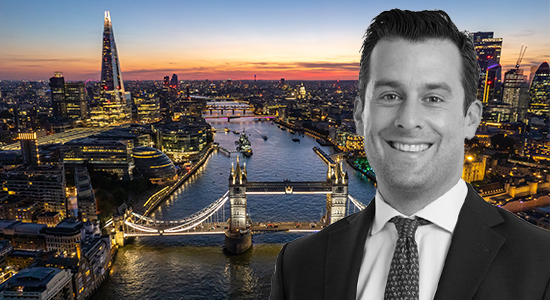 London-headquartered real estate manager Europa Capital, which has a pan-European remit, this week announced a finance-focused hire that it said reflects the “growth ambitions and increasing scale” of its investment platform. The firm has hired Gwendal Kalkofen (his LinkedIn here) to the new role of head of real estate finance. Kalkofen will be responsible for sourcing and managing debt financing for the firm’s European investments. He was hired from manager Tristan Capital Partners, where he was managing director overseeing debt and fund finance. Prior to that, he was head of real estate finance at Cromwell Property Group.

Sources in the executive search industry have noted increasing demand from real estate managers for finance specialists to handle borrower-side debt transactions. Kalkofen described the role as an opportunity to “build on the existing momentum which is already underway in the business as we look to expand throughout Europe”.

In case you missed it

The winter edition of Real Estate Capital Europe’s print publication is out now – subscribers can see a digital version here. In her cover story, deputy editor Lucy Scott tackles the most pressing issue facing Europe’s real estate lending market – how all that debt due to mature in the coming months and years will be refinanced at a time when loan-to-value ratios are being reduced and lenders are more cautious and selective around what they will underwrite. The upcoming debt funding gap represents an opportunity for many in the lending industry, although there remains a huge question mark over whether capital providers will be willing to provide the higher-risk, higher-leverage portions of the capital stack. Read here to find out more.

Since 2014, we have published our annual list of the lenders we view as having the greatest impact on European lending markets each given year. Although 2022 has been a tough year for writing loans, there has been evidence of interesting transactions from a range of debt providers. Europe’s Top 50 Lenders 2022 reveals there were impressive acquisition, refinancing and development financing transactions during the year – albeit with fewer in the latter half – and that a wide range of organisations remained eager to write deals. The first instalment can be viewed here, with the other three instalments available via the side panel in the story.

In November, finance industry body the Loan Market Association surveyed its membership on the outlook for the syndicated loan market (see the full results, published last week, here). A real estate-specific question within the survey revealed almost 50 percent of respondents see monetary policy and the macroeconomic environment as the biggest challenge for the next five years.

Specialist lending bank Leumi UK has provided a £26.5 million (€31 million) loan to Livingway Group, a Milton Keynes-based residential investor. The facility includes £14.8 million to refinance five existing rental assets in Stockport, Manchester, Leeds and Bolton. The properties are either newly built or have been converted in the last three years. The remaining £11 million will be used to acquire 19 refurbished apartments in Liverpool that share a gym, a communal dining area and a workspace on the ground floor.

The lender, which is owned by Israel’s Leumi Group, believes cities in the North of England are attractive investment opportunities at a time of economic turbulence. Andrew Boyce, relationship director at Leumi UK, said the bank is “looking forward” to supporting Livingway’s investment in the rental market.

In a separate deal, also announced this week, Leumi UK provided a £8.3 million loan to Patron Capital and Curation Capital to fund the acquisition and refurbishment of a 70-bed purpose-built student accommodation scheme located in West Hampstead, London.