“I don’t think you should ever underestimate the human element – people want to do deals.”

Mark Bladon, head of real estate at Investec, the London and Johannesburg-headquartered bank, speaking in our summer edition cover story about the industry’s eagerness to continue doing business in a real estate recovery.

Lenders take piece of Europe’s largest residential M&A deal
The €22 billion financing facility provided by Société Générale, Morgan Stanley and Bank of America for the proposed takeover of Berlin-based listed property firm Deutsche Wohnen by rival German residential real estate company Vonovia shows the magnitude of the deal is as relevant to lenders as it is to those organisations involved in the equity side.

The combination of the two listed groups will create Europe’s largest residential real estate company, with a total market capitalisation of approximately €45 billion and more than 500,000 apartments with an aggregate value of around €90 billion.

In a release announcing the deal, Vonovia said the debt would be repaid through a capital hike of up to €8 billion in the second half of the year, a €6 billion to €8 billion new bond issue and property disposals.

Meanwhile, UK lender Fortwell Capital, echoed its plans to expand its lending activity in the sector. On 27 May, the company said the credit line’s extension of up to £500 million provided by Cain International, “would enable it to accelerate its push into the sector and consider a dedicated strategy focused on funding care homes, retirement living and other similar assets within that space”.

Green bond spree continues
Last week, two REITS joined the ranks of those organisations opting to raise finance through bond issues structured to comply with sustainability criteria. The London-based REIT Hammerson announced it had raised its first €700 million sustainability-linked bond with a six-year maturity period and a 1.75 percent coupon. In the same week, European REIT Tritax Eurobox also made its green bond debut with the issuance of €500 million of senior unsecured green debt. Maturing on 2 June 2026, the green notes were priced at a 0.95 percent coupon. Tritax said the issuance was “significantly oversubscribed, having generated substantial institutional demand following a series of fixed income investor meetings”. As investor demand for green bonds grows, issuance by property companies with sustainable strategies is sure to become more commonplace.

Taking a stake
South Korean insurer Samsung Life, through its real estate subsidiary Samsung SRA, has made a significant entity-level play in a bid to ramp up its global investment portfolio. The insurer is acquiring a 25 percent minority stake in London-headquartered manager Savills Investment Management. As part of the “strategic investment alliance”, Samsung will also commit $1 billion in equity towards Savills IM’s real estate investments in Europe and Asia over the next four years. The investor also has the option to increase its interest by a further 10 percent if at least $2 billion is committed over time. The partnership is a rare case of an Asian investor becoming a stakeholder in a global manager. The move is not without precedent, though. Chinese sovereign wealth fund China Investment Corporation was one such high-profile investor that reportedly held a 12.5 percent stake in US private equity firm Blackstone. CIC eventually exited its holding after 11 years in 2018.

Branching out
BentallGreenOak has cultivated a reputation as one of private real estate’s biggest go-anywhere, do-anything managers. One thing the firm is not particularly known for, though, is US lending. But that is poised to change with the hiring of Abbe Franchot Borok [her LinkedIn here] as a managing director and head of its US debt platform. BGO manages more than $10 billion of mostly low-yield loans throughout North America on behalf of Sun Life, the Canadian insurer and parent company to Bentall Kennedy. Part of Franchot Borok’s remit will be to expand the platform into higher-risk strategies and make BGO’s US debt operation look more its European counterpart, Jim Blakemore, managing partner and head of global debt at BGO, tells affiliate title PERE. That business has raised nearly €1.5 billion for two European debt funds plus more than £800 million (€930 million) for a pair of UK vehicles. Franchot Borok joins BGO from Amherst Capital where she launched and managed two commingled debt vehicles while overseeing capital markets activity on both the debt and equity side.

Business environment
A significant number of Europe’s real estate leaders responding to the latest PwC and the Urban Land Institute’s annual Emerging Trends in Real Estate survey acknowledge that covid-19 will bring lasting change to the way the built environment is used and managed. The chart below features in our summer edition cover story, which addresses where debt providers see the upcoming lending opportunity as European real estate recovers from the pandemic. 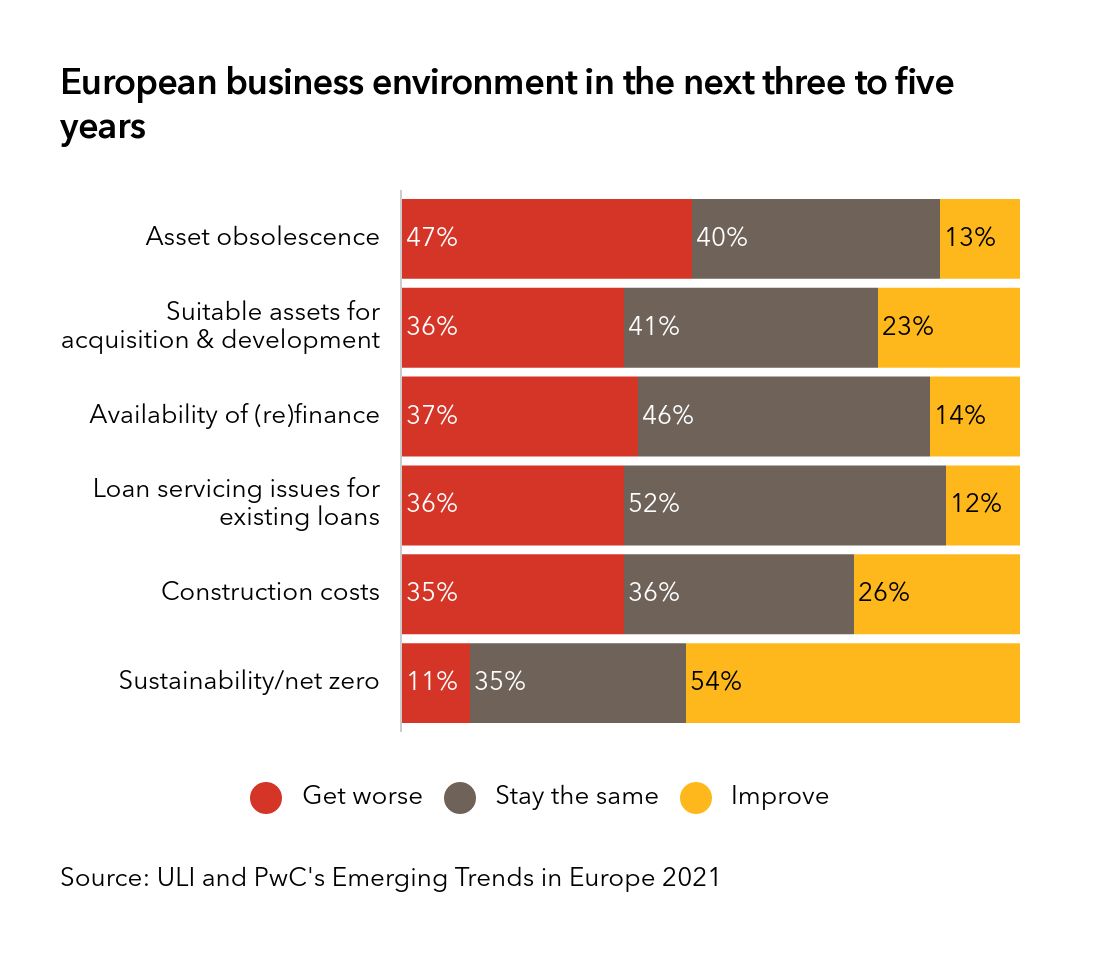 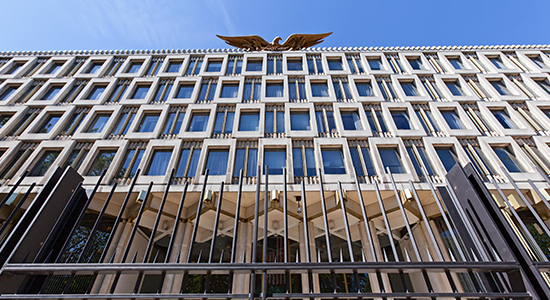 Luxury Mayfair hotel project secures £450m green loan
Qatari Diar, the real estate division of Qatar’s sovereign wealth fund, Qatar Investment Authority, announced on 24 May it had secured a £450 million (€520 million) green loan from a club of banks to finance the redevelopment of the former US embassy in London’s Mayfair into a luxury hotel and retail destination, The Chancery Rosewood.

According to the UK financial daily City AM, the loan was provided by Credit Suisse, HSBC, Intesa Sanpaolo, Qatar National Bank and United Overseas Bank, which will be used to fund the construction of a 139-room luxury hotel and retail site at 30 Grosvenor Square.

The Grade II-listed building, which served as the US embassy from 1960 until its move to Nine Elms in 2018, is being redesigned by British architect Sir David Chipperfield. Building work for the luxury hotel began earlier this year and it is set to open in 2024.