“Real estate borrowers are really having to think about their interest rate hedging strategy and how this impacts cost of debt and overall investment returns.”

As of 6 September, the UK has a new prime minister. In the coming days and weeks, real estate debt professionals will be watching how Liz Truss tackles the problems facing the UK and ultimately how that impacts property lending markets. Here are some areas to watch:

CPI’s forward start facility
Despite challenging market conditions across Europe, there was evidence this week of lender appetite for large transactions. Law firm Dentons announced it advised central and eastern European-focused real estate investor CPI Property Group on a €1.852 million forward start facility – a commitment to refinance an existing syndicated loan on maturity – to refinance two-year bridge loans for the acquisitions of property companies IMMOFINANZ and S IMMO. The deal extends their maturity to H1 2025.

Refinancing reward
As the King’s Cross estate in London enters the final stages of development, its developer, the King’s Cross Central Limited Partnership, has bagged a £1 billion (€1.2 billion) refinancing loan. The five-year facility, arranged and underwritten by US lender Morgan Stanley, with Rothschild & Co providing advisory services, consolidated existing loans, and is secured against several assets at the mixed-use estate.

A loan this size in a challenging market is no small achievement but the estate has become an exemplar of modern urban mixed-use development, validated by the presence of companies such as Meta, Google and AstraZeneca. When completed, there will be 6,000 people living on site, alongside 30,000 workers and 5,000 students. KCCLP declined to comment further but Robert Evans, chief executive of King’s Cross Estate and joint managing partner of developer Argent, said the deal represented a “powerful endorsement of King’s Cross as a highly desirable place, a resilient asset and leading destination”.

Big dip in debt
LXi REIT, the London-based long income real estate investment trust, this week announced the innovative sale of an ‘income strip’ in its UK theme park holdings Thorpe Park and Alton Towers, which has enabled a significant debt repayment. Through the £257 million (€299 million) deal, LXi sold the freehold in the properties to a UK institution with 999-year leases granted back to it, on which it will pay an annual aggregate rent of £8.2 million. It can acquire the freehold back in year 65 for a nominal £1. LXi said the deal means it retains 70 percent of rental income, along with the freehold and reversionary value after 65 years.

With the proceeds, it will repay £232 million of debt, which has a 4.95 percent cost. The sale proceeds will reflect a 2.96 percent exit yield and will reduce its company loan-to-value from 37 percent to 33 percent. “The company has created a material level of earnings accretion,” it said.

Blazing a trail
In Europe, borrower demand for sustainability-linked real estate debt has grown hugely in recent years. There is evidence the trend may take hold in Asia-Pacific too. This week, Hong Kong-based real estate asset manager ESR Group announced it has sourced a HK$4 billion (€500 million) sustainability-linked loan, with an option to upsize it to HK$7 billion. Lenders HSBC, Mizuho Bank and MUFG Bank were mandated lead arrangers on the five-year facility, which features a mechanism by which ESR will earn an interest reduction when sustainability targets are met. The loan is the fifth sustainability-linked facility closed by ESR in the past 12 months.

Shades of green
Greenwashing has become a hot topic across financial and asset management markets since the police raid, in May, on the Frankfurt offices of German manager DWS and its majority shareholder Deutsche Bank. Increased scrutiny by regulators on organisations’ ESG claims comes as real estate lenders grapple with green lending. They are doing so without cohesive guidance or standards – a situation that potentially puts lenders and sponsors in a precarious position as they label deals as ‘green’.

More scrutiny of the ESG credentials of a building or development during the due diligence process is crucial for lenders to ensure they do not become victims of greenwashing or stand accused themselves of overclaiming their loans’ greenness. In the latest issue of Real Estate Capital Europe, a range of experts provide their insights into the belt-and-braces approaches lenders should adopt so they do not fall foul of increasingly stringent standards.

Problem loans rising
Banks in China are reporting a steep rise in bad debts linked to commercial real estate, according to Reuters. Although the country’s five largest banks printed modest profits, the impact of the ongoing covid-19 pandemic and global economic volatility are being felt. China Construction Bank saw a 68 percent increase in soured real estate debt, while Bank of China saw a 20 percent increase. Industrial and Commercial Bank of China – the largest commercial lender in the world by assets – saw its bad real estate loans rise 15 percent. The news comes as US commercial real estate lenders are anticipating an increase in troubled real estate loans, with the hope this problem does not become a problem of a similar scale stateside. 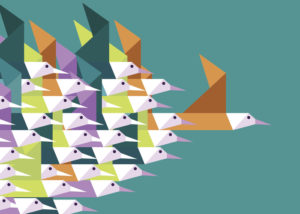 Should your organisation make the cut?
In the winter 2022 edition of Real Estate Capital Europe, and online on 1 December, our list of Europe’s top 50 lenders will be published. If you believe your organisation deserves to be considered we want to hear from you. The annual list is a bellwether of those making the greatest impact on the European real estate lending market. In case you missed it, here is the 2021 edition.

To compile the list, our editorial team gathers as much information as possible on the activities of real estate lenders in Europe, including lending volumes, key deals and progress in ESG. The more key information we have at our fingertips, the more likely we are to be convinced your firm deserves a spot in the list. To make a submission, please fill in the form, which you can find HERE, by midday, UK time, Friday 7 October.

Great expectations
According to Bank of England data, financial markets’ expectations of end-year UK interest rates have risen, month-by-month as inflation has increased. 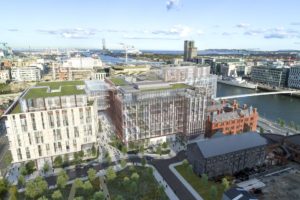 Blackstone sources Dublin funding
US mega-manager Blackstone has secured a €330 million debt facility to fund the acquisition of Spencer Place, the new Dublin headquarters of US software company Salesforce. React News reported this week that US banks Wells Fargo and Bank of America have provided the capital in a club deal, at a loan-to-cost ratio of around 60 percent – and a margin of sub 2 percent. The campus includes 380,000 square feet of office space let to Salesforce for 15 years and a 204-bedroom hotel. The Irish Times reported the US private equity giant paid around €500 million for the asset. React said the price paid reflected a yield of around 4.25 percent.

Today’s Term Sheet was prepared by Daniel Cunningham, with contributions from Lucy Scott and Samantha Rowan