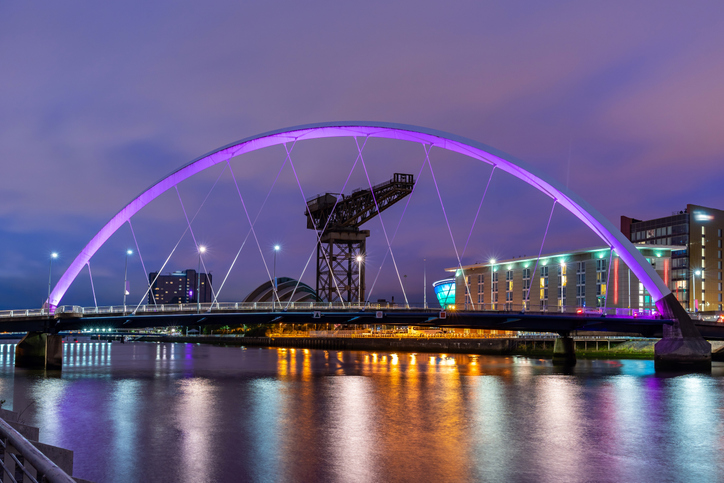 An extended period in which high prices and limited opportunity saw the definition of prime real estate stretched is ending with the onset of the covid-19 crisis.

“Rightly so,” says AXA Investment Managers – Real Assets’ global head of research and strategy, Justin Curlow. “The definition of core or prime has always remained. But what investors have done recently is priced assets that are missing one or two of the ‘prime’ attributes.”

Curlow is among a number of senior private real estate executives who believe in the run-up to covid-19 the line between a prime and a secondary asset was increasingly blurred. Thanks to a relaxing of criteria for what constituted a core property and a prime location, there was an emergence of some speculative marketing of assets at prime pricing that was unwarranted, they believe.

The European Association for Investors in Non-listed Real Estate Vehicles, the private real estate association, offers a starting point in determining exactly what a core real estate fund is: “a fund which invests mainly in income-producing investments.”

While there is no similar textbook definition of ‘prime’, INREV’s director of research and market information Henri Vuong summarises it as “the best asset in the best location, with the income stream and long-dated income playing a key role.”

Vuong does, however, acknowledge that terms can be open to interpretation, especially when a long-dated income stream is no longer the best approach if there are opportunities to repurpose the asset, or re-let at a higher rent.

“It can also depend on market participants’ individual points of view – what they’re looking at, their knowledge of specific markets, and their location,” says Vuong. “What’s core to one investor may not be core to another.”

Willis Towers Watson’s head of EMEA real estate manager research, Douglas Crawshaw, expands the definitions. To him, a core building should ultimately be viewed as a “stable, resilient and robust investment that you would want as the bedrock of your portfolio.”

Straying from the path

The deviation from the widely accepted definition of core materialised through manager ‘risk-creep’ seen in the market in the last 18-36 months, AXA’s Curlow writes in a report published on April 8.

To exemplify, he points to investors that turned to non-core forward-funding of developments in response to the lack of existing core real estate. But they failed to be remunerated for that extra level of leasing risk, instead paying prices similar to, or in line with, core assets.

Cornel Widmer, global head of real estate at investor Zurich Insurance, says that in the last couple of years, he saw premiums for value-add and opportunistic assets shrink faster than premiums for lower risk core assets. “The more expensive the core space became, the more investors tended to shift up the risk curve and the definition of core also substantially shifted,” Widmer says. “What was called value-add was more and more named core-plus.”

But now, as a result of the coronavirus pandemic, many investors and managers alike are facing liquidity issues. This is leading to institutional investors to be less susceptible to downside risks. “Investors will be much more critical in what they define as a prime, core asset,” says Curlow. “They will not be willing to take that same leasing risk as before and will be far more discriminating on location. They will not accept any sort of chink in armour.”

He stressed that is going to change when the markets do re-open. Then, he believes not all properties will be as income-generating as they previously were. He says, subsequently, the boundary between prime and secondary will need to be clearer, as this will differentiate between properties that are significantly income-generating and those that are not.

According to Curlow, the distinction between prime property and secondary could soon involve one of two things: the quality of the asset in a given location or sub-market and one market versus another, such as a capital city in a country versus the next group of smaller cities or the most established location in one of those cities versus less established assets on their fringes.

Another point to consider is the distinction between not only prime and secondary understandings, but between prime and core too. Although the two terms are often used synonymously, Invesco’s European real estate head Andy Rofe, says the difference between the two should not go amiss.

According to Rofe, prime real estate refers to the newest and highest specified assets in a location, which is reflected in pricing. Hence prime pricing in some markets would not necessarily be considered as core, such as certain fringe office suburbs of larger cities. Further, location-creep should not be allowed just to secure higher yields, says Rofe. He adds that core typically refers not just to lowest risk assets, but also long-term income streams backed by quality tenant covenants.

However, it should not be assumed a traditionally prime asset class should automatically equal a prime asset, according to Willis Towers Watson’s Crawshaw, who draws upon the income stream element in particular when referring to prime. Nike’s flagship retail store on London’s Oxford Street, he argues, would still be considered a prime asset because it would fulfil that long-term income stream, despite the recent damage of the retail sector. He adds that too much weight, although important, is placed on the quality of the tenant, sometimes at the expense of the quality of the building and its location. For Crawshaw, this is why core criteria has been tampered with.

Crawshaw also thinks INREV’s assignment of a 40 percent maximum leverage for core as being too high. He instead proposes 0-10 percent as the ideal bracket, although, he adds, up to 30 percent would be reasonable.

He references the issue in recent years of managers quoting performance targets based upon high leverage levels, which inevitably had the potential of “skewing the risk of an investment.” Indeed, AXA’s Curlow issued a warning in a report published earlier this month to borrowers that have overused leverage to achieve a financially-geared performance as the current market correction looms.

But as rising liquidity costs force income-to-debt spreads to climb, managers will want to use less leverage to reduce volatility and risk, according to Nick Pink, chief investment officer and head of fund management at London-based manager Barings Real Estate. He views a core return as being in the 5-7 percent range, achievable over the medium term, with the majority of this return generating from income.

While 2006-09 saw spreads compressing between core and non-core at around 50 basis points to 80bps, depending on the market, the prime versus secondary compression immediately pre-covid saw spreads remain wider at margins of between 120bps and 180bps, according to Pink.

He stresses the gap had not only closed between pricing in core locations and fringe markets, but also between pricing in gateway cities and supposedly second tier locations. But the quest for yield and lack of prime real estate for sale now means assets that are ready to “redevelop” back to prime have seen prices move closer to prime levels.

The definition of prime lost its way over recent years, particularly in markets where a lack of stabilised, conventionally-labelled prime assets has led to the risk premium for forward-funding assets disappearing. Forced to find deals elsewhere, investors moved outside of traditional, more established “core” city locations and into sub-markets. But, once again, the pricing disparity between these two locations – core and non-core – was converging.

With the impact of covid-19 to contend with now, a retrenching to familiar definitions of prime is a natural step for the market. As Curlow says, now we will see a “narrowing for a much more discriminating list of attributes to define what a prime building is.”