Cerberus-owned Haya Real Estate is planning to raise €475 million through a bond issue expected to close by 15 November.

The senior, secured five-year bond includes a €250 million fixed-rate tranche, with an annual coupon of 5.25 percent; and a €225 million floating-rate tranche with a coupon of three-month Euribor (subject to a zero percent floor) plus 5.125 percent.

The offering was upsized to €475 million from the €450 million initially marketed on the back of a positive reception from investors, the firm said.

Together with cash on balance sheet, the fresh capital will be used to repay the outstanding amount under Haya RE’s existing senior facilities and acquire from its shareholder the recently signed servicing contract with Liberbank.

“These notes also allow us to widen our capital base and support our growth strategy going forward,” said Barbara Zubiria, Haya RE’s CFO.

The notes, underwritten by Morgan Stanley as global co-ordinator and JPMorgan, are expected to receive a rating from both Moody’s and Standard & Poor’s.

Last August, Spanish bank Liberbank sold its property asset manager to Haya RE. The bank said at the time it aimed to achieve a “significant reduction” in its non-performing assets through the sale, as it would focus on its traditional financial business. Haya RE was expected to accelerate the divestment of the bank’s real estate assets.

“Having divested in excess of €12 billion worth of non-performing assets on behalf of our clients since we began as Haya RE, we are firmly committed to sustained organic growth,” said Carlos Abad, the firm’s CEO.

Haya RE has assets under management worth €40 billion. Its main clients include Bankia, Cajamar, Liberbank and Sareb. 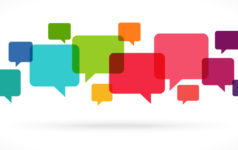 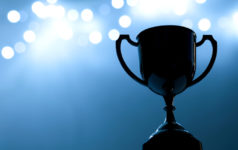 Data 17th February, 2020
Added to your Saved Articles
Loading
Unsave Article
Please confirm you would like to remove this article from your saved articles.
Share with other subscribers
Only logged in subscribers of this site will be able to access the shared article.