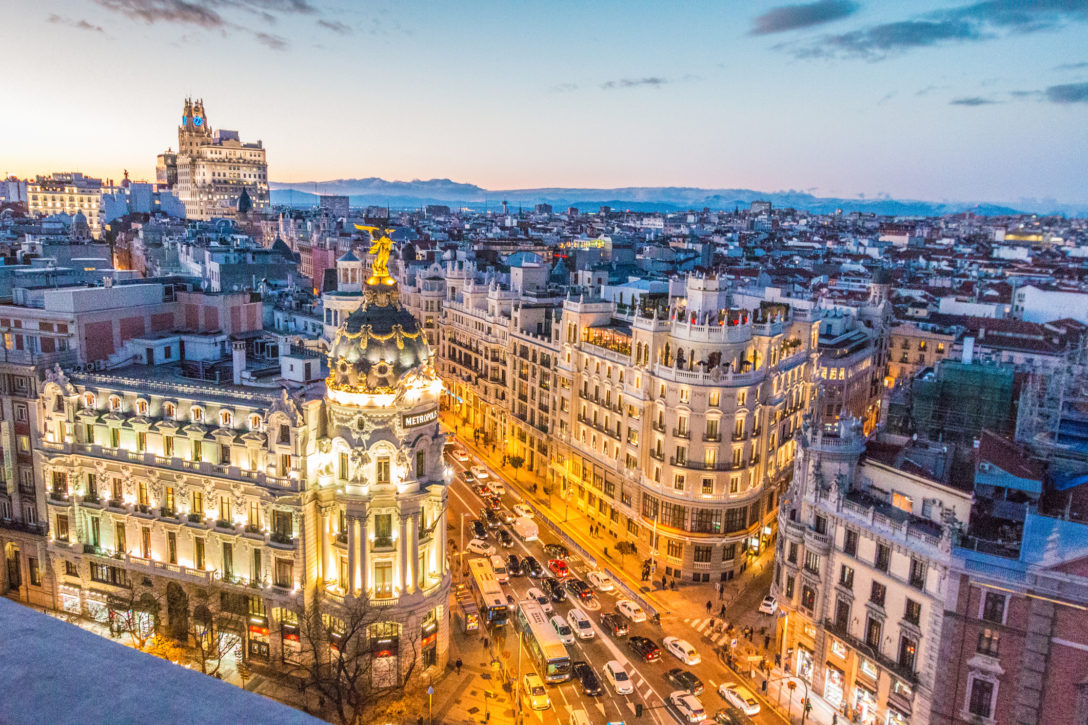 Spain has just emerged from months of lockdown restrictions after experiencing some of the strictest measures in Europe to battle the pandemic. The country’s GDP is forecast to decline by 11.1 percent this year, or even 14.4 percent if there is a second outbreak of the virus, according to the Organisation for Economic Cooperation and Development.

However, real estate market sources agree it is still early to quantify the impact of the crisis on the Spanish property market. Guillermo Bergareche, head of real estate for Iberia at French bank Crédit Agricole, told Real Estate Capital: “We need to see GDP, consumer and employment rates data to really know how the coronavirus crisis will impact the different real estate sectors. Greater clarity is expected in the last quarter of the year.”

Spain’s real estate market was enjoying healthy levels of liquidity before the pandemic. Investment volumes in the first quarter of the year exceeded €2.2 billion, 49 percent up on the same period in 2019, according to consultancy JLL Spain.

The Spanish real estate market took longer to recover from the harsh economic effects of the 2007-08 global financial crisis than many other western European countries, but in recent years, it had returned to health while offering a lending premium over countries such as France and Germany.

Domestic banks including CaixaBank, Santander and Bankia, as well as European lenders with a longstanding presence in the country, such as Dutch lender ING and Crédit Agricole, have proven keen to finance real estate in Spain in recent years. Now, the knock-on effects of the covid-19 crisis have forced an abrupt slowdown in the lending market as lenders seek greater certainty.

Despite the headwinds, Spain’s property industry is generally optimistic about the domestic market’s prospects. “We believe that despite the current circumstances, the Spanish real estate sector continues to have a solid and attractive base for investment,” said Alberto Segurado, head of debt advisory at consultancy JLL Spain. “Some of the more active real estate segments in recent years are showing signs of slowdown in terms of transactions as a result of the covid-19 crisis. However, we think this is a natural and transitory mechanism of adjusting the balance of supply and demand.”

As an immediate response to the crisis, banks’ real estate lending teams have been focused on managing their current loan exposure. “Banks in Spain, both national and international, are focusing now on existing clients,” said Bergareche.

The uncertain market outlook does not mean, however, that banks are completely closed to new lending opportunities, according to Bergareche. “We have been open to finance new deals during the lockdown period but have not found opportunities in Spain’s market that match our lending criteria in the current situation. In other European countries, we have been granting new loans.”

Julián Bravo, head of the Iberian division at ING Real Estate Finance, told Real Estate Capital that transactions that were substantially progressed before the pandemic may be subject now to an adjustment in leverage or pricing. “Once we have more visibility on what the recovery will look like, lenders and borrowers will get back to pre-virus lending levels but possibly with an adjusted risk aversion. There might be an adjustment with even lower leverage and higher lending margins.”

Where banks were previously providing 60-65 percent loan-to-value ratios, this will now be more like 50 percent, while pricing has likely increased by around 100 basis points, according to Bergareche. The pricing increase is difficult to quantify given it would vary depending on the property sector, sponsor and business plan behind the loan, he added.

Sources do not expect a spike in deal activity until they have greater clarity on the market, which some do not expect to be the case before the last quarter of the year. “We expect a six-to-12-month quiet period until the bid-ask process is adjusted,” said Bergareche. “Also, the fact that property owners are better capitalised now than they were during the GFC means they are not in a rush to sell.”

Michael Madigan, director of debt and structured finance with consultancy CBRE Capital Advisors, agreed that market participants in Spain are very much focused on solving short-term issues. Madigan said it will take time for debt restructuring deals to become necessary. “We are not going to see any distress of that kind for nine months to a year, probably.”

Banks will not take their eyes off Spain’s real estate market because of the pandemic, sources agreed. However, they are likely to be more cautious, becoming increasingly selective and conservative when providing debt to the market, they said.

Speaking in private, one alternative lender working for a debt fund which is active in Spain, argued that banks’ appetite towards the Spanish real estate lending market will be reduced going forward. He added that banks will be positioning themselves in “even less risky assets than they were positioning pre-virus”.

The fact that alternative lenders can take on higher levels of risk and leverage than traditional financing sources could be an opportunity for them to gain market share in the current context.

“Alternative lenders could fill the leverage gap that banks are not keen to provide now,” said Bergareche. “Debt funds and private equity firms could increase their market share although they would be a complement to banks’ funding, not a replacement of them as it is an expensive capital to complete the capital stack.”

JLL’s Segurado agreed that a mix of lenders will keep Spain’s real estate debt market competitive. “Alternative lenders, alongside conventional banks, will remain active in income-generating real estate assets, although possibly making some adjustments to leverage and pricing of transactions.”

By sector, retail investment spiked in Q1 to more than €1.2 billion, according to JLL data, although this was on the back of shopping centre owner Intu Properties divesting two large assets. Logistics and the private rented sector residential market have shown greater resilience than other property types during the pandemic, which makes them safer and favoured bets for banks, sources said.

These sectors, argued Segurado, still benefit from similar levels of liquidity than before the crisis, unlike sectors such as hospitality or retail, which “have significantly lower liquidity as they await news on the crisis’s impact on their fundamentals – in terms of rent and yield – but also on their subsequent re-evaluation.”

Although Bergareche believes logistics and PRS values will be more resilient than other sectors, he expects a small correction in the short term depending on the specifics of each asset.

Like other European markets, Spain’s future remains difficult to read. Lenders are still eager to provide finance in the market, but they are treading cautiously for now.