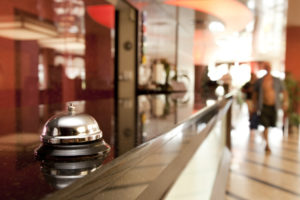 Amsterdam-headquartered PPHE Hotel Group has secured a £180 million (€206 million) loan for the development of a new luxury hotel in London, despite hospitality real estate being hit hard by the covid-19 crisis and construction projects coming under renewed scrutiny as a result.

The syndicated facility, arranged by the Israeli lender Bank Hapoalim, will fund the development of the art’otel london hoxton, located near Old Street, in east London, which will feature 343 hotel rooms and suites, five floors of office space, a gym, spa and an art gallery. The loan carries a floating interest rate of 4.2 percent and an initial maturity date of April 2024, although it can be extended by up to six years.

PPHE estimates remaining project costs of £200 million for the scheme. It said it had already contributed a “material part” of the equity required under the terms of the facility and did not expect an outflow of cash for the project until July 2022. It added that the loan deal allows it to unlock invested equity of up to £43 million, which would be reinvested in line with the progress of the project.

The deal is one of the few announced within the hospitality finance sector since the covid-19 crisis began. Lenders have largely put a stop to new lending into the European hotels industry, although there are some small private banks, debt funds and private equity-backed lenders that remain active, according to research published by real estate consultancy Savills on 14 April. Savills added that the terms offered by such lenders are likely to be less favourable than at the beginning of the year.

In PPHE’s deal announcement, Boris Ivesha, the company’s president and chief executive, said Bank Hapoalim was a “longstanding partner of the group” and had funded several of its schemes, including the Park Plaza Westminster Bridge London hotel, which opened in 2010.

Lending institutions are focusing on dealing with existing customers and working through short-term debt serviceability issues on a case-by-case-basis, Savills reported. The consultancy added that, as a result, some hotel lenders have indicated they will not consider new lending until at least Q4 2020.

Savills predicted that, in the short term, in cases where hotel properties do come to market, prospective purchasers are likely to include cash buyers, parties with strong lender relationships, and those with access to more expensive debt than pre-covid-19 levels, which could have a knock on effect on pricing.

The consultancy went on to argue that, while the hotel sector is experiencing severe contractions in occupancy levels as global travel is essentially shut down, borrowers have lower gearing than in the global financial crisis. However, it added that it remains mindful of the potential length of the lockdown and the speed at which operational performance can bounce back, and said it would not be unreasonable to expect some failures.

The hotel sector’s current focus is on survival, with cash conservation and liquidity among immediate concerns, according to research published by consultancy Knight Frank on 8 April.

Commenting on the UK market, the property advisor added that the range of fiscal measures put in place by the government, in particular the 12-month business rates holiday for the hospitality sector, together with the ability to furlough staff for an initial period of up to three months, have substantially reduced the holding costs to hoteliers of a closed operation.

Despite challenges caused by the period of lockdown, Knight Frank anticipates that the sector will rebound strongly once the economy revives and travel restrictions are lifted.

The consultancy predicts a V-shaped, stepped recovery, with occupancy growth to be stronger during the initial phase of recovery, but the rebound in revenue per available room to be fully recovered once travel restrictions are eased and long-haul inbound visitors return.