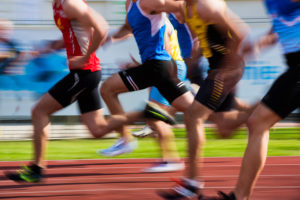 First thing first: if you have not already voted in the Real Estate Capital Awards 2020, you have until midnight UK time tomorrow, 8 January, to do so. Click HERE to access the voting page.

Even at this late stage, your vote could make a real difference. A day before the poll is due to close, battles are ongoing across several of the key categories.

It is an apt reflection of the European real estate debt market in 2020 that, at this stage, several categories remain too close to call. Covid-19 made underwriting real estate so challenging that 2020 was a year with few clear winners. However, each of the organisations nominated across our 33 categories showed a determination to continue doing business amid highly uncertain conditions. Our readers are bound to have strong feelings about which ones deserve recognition.

One of those hotly contested categories is also one of the most prominent: Bank Lender of the Year: Europe. The four shortlisted lenders all backed sponsors that closed big-ticket financing deals, notwithstanding the market uncertainty. At the last count, US lenders Bank of America and Goldman Sachs were most closely vying for the award. However, the category is so tight that it would not take a dramatic turnaround for either Crédit Agricole CIB or Société Générale to take the prize.

In another key lender category, Debt Fund Lender of the Year: Europe, Blackstone Real Estate Debt Strategies had the lead at the last count. However, a late rally could put Starwood Capital, AXA IM – Real Assets or DWS back in contention.

With environmental, social and governance matters remaining high on the industry’s agenda despite 2020’s turbulence, the Sustainable Finance Provider of the Year: Europe award, now in its third year, is highly coveted. The 2019 winner, Lloyds Banking Group, is in the running again. But with several lenders upping their ESG financing game last year, it faces strong competition from Aviva Investors, Crédit Agricole CIB and Goldman Sachs.

Last year saw far fewer lending deals than usual. Yet opinion is clearly divided on which of the deals that did close deserve to be recognised. The Development Financing Deal of the Year: Europe category remains a particularly close race. The July 2020 club financing of Arboretum in Paris, Europe’s largest wood-based office scheme, has a narrow lead over Apollo Global Management’s deal to fund the repurposing of London’s Whiteleys shopping centre. However, Goldman Sachs’ merchant bank’s £875 million (€957 million) financing of the regeneration of the Olympia London Exhibition Centre and German bank Helaba’s €230 million financing of the mixed-use DSTRCT.Berlin remain in contention.

One of our new awards, Small-Ticket Market Lender of the Year: Europe, was also a close race at the last count, hinting at the increasing competition within the sub-€20 million loans market. Narrow margins divide Round Hill Capital’s Hilltop Credit Partners, challenger bank OakNorth, and specialist lenders Octopus Real Estate and LendInvest. It will be fascinating to see which company our readers eventually select.

So, if you have not yet had your say, be sure to make your mark HERE before it’s too late.