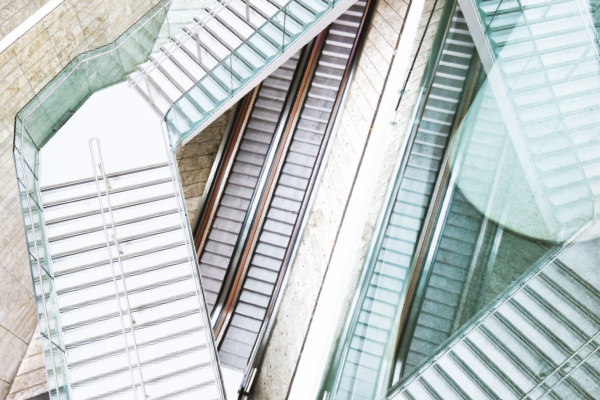 NatWest’s expected sale of a £536 million (€628 million) portfolio of non-performing loans backed by UK shopping centres, to a joint venture between UK private equity firm Attestor Capital and retail property specialist Ellandi, is expected to provide a blueprint – and a pricing floor – for future transactions of this kind in the country.

Attestor and Ellandi, React News first reported, are the front-runners for the Project Mercatus portfolio. Although additional details are still emerging, it is understood that the winning bid represented a discount of less than 60 percent of book value. It was also reported that the face value of the portfolio fell from an original gross book value of £536 million to around £375 million due to sales of underlying assets during the process, which would translate into a sales price of around £150 million.

The sale is important for two main reasons: it is the first significant UK NPL sale to appear in the wake of the pandemic and second, but no less relevant, because it has the potential to set pricing for future retail NPL portfolio sales in the UK, market participants told Real Estate Capital.

Gifford West, managing director, international operations and business development at the global full-service loan sale adviser The Debt Exchange, says the deal, when completed, will create a blueprint for other lender sales of troubled loans, collateralised against UK shopping malls. “[The transaction] does set a benchmark for pricing and will become the general neighbourhood that these loans are going to trade at,” he told Real Estate Capital.

What comes next for the assets is another factor to consider. According to West, in addition to providing a benchmark pricing, the sale could also have an impact in the future of the troubled British shopping centre market. “The fact that these buyers have stepped in means that there is an entire industry now looking at how they repurpose these assets. The day after this deal closes, many private equity firms will start going after shopping centres across the country with the aim to convert them into something else,” he added.

It was a long road to a deal for the Project Mercatus’ portfolio, which went up for sale in February 2021. Future sales likely won’t take as long as this transaction, West said, outlining this sale’s duration was probably due to a lack of clarity around the portfolio’s initial sale price, which was also linked to its size and broad composition.

“Often, when a process takes this long it is because the seller lumped too many assets together trying for a single, large sale. The seller did not enter the process with a clear vision on the pricing they were expecting – so a great deal of horse trading went on between the various bidders and the seller to try find a pool that works for both parties,” West said.

“If this transaction were broken up into two or three smaller ones, these assets would have been sold faster and likely at a higher sales price for the bank. In this cycle in particular, European banks would be well-served by moving beyond large-scale transactions for troubled loans and creating many smaller ones. That approach will bring more buyers into the market and result in more capital deployment.”

According to West, a benchmark price would also shorten the duration of future sales by at least three to four months per sale going forward.

Richard Roberts, head of origination at NPL investor and asset manager Arrow Global Group, believes that pricing for portfolios like this could rise over time if market conditions improve. “When the price comes out, it will provide a benchmark but, as the economy and the real estate sector recover, pricing levels could well go up from there,” he told REC.

Sources expect the NatWest loan sale to be followed by other loan sales linked to the industries most affected by the pandemic, as lenders aim to reduce their exposure to sub-performing property sectors including retail, hospitality and even offices. However, they believe there is still a way off until a new wave of NPL sales emerges in the country.

Alok Gahrotra, partner in consultancy Deloitte’s portfolio lead advisory services team, says portfolio sales prompted specifically by pandemic-linked distress are unlikely to be seen at least until government loans and grant schemes unwind. “We have to wait and see for at least three to six months as to what comes out of it before banks start putting additional books in the market,” he told REC.

As a result, UK real estate loan sale activity will remain subdued for the rest of the year, Gahrotra added. “I do not expect much more activity for the rest of this year. And what we will start seeing will be the sale of legacy loans that were in distress pre-pandemic.”

Sources described a market full of capital waiting to be deployed to buy emerging property NPL portfolios, across the UK, and continental Europe. According to Roberts, most investors recognise the looming opportunity: “In a world of near-zero interest rates and increasing investor demand for alternative assets, we expect significant capital being deployed to buy property NPL portfolios should they come to market. Debt portfolios offer an additional risk premium over real estate equity so on-market sales will be well-contested as the economy recovers.

“The question for them is: ‘Can they build better bespoke relationship with borrowers to restructure loans, encourage settlements and improve collections, can they service cheaper than the existing owner and can they get back-back leverage on acquisitions to improve returns and take some capital off the table?’ If so, aided by a macro tailwind, there are material opportunities.”