Investors in European retail property funds have a major test coming up. According to the European Association for Investors in Non-listed Real Estate Vehicles, there’s a sizable glut of these funds reaching their scheduled termination phase between now and 2020.

In its annual INREV Funds Termination Study 2018, an eyewatering €5 billion of retail vehicles are slated to be winding up over the coming 18 months, more than half the overall €9.6 billion of funds scheduled for termination during the period. We are talking about a significant dump of retail property.

Rightly, the association has highlighted conditions are hardly timely for so many exits. “At a time when retail is facing multiple challenges, liquidation of these funds could add further pressure to the sector,” it said as it announced the findings of the study this week.

INREV still sees reasonably consistent institutional loyalty to retail property from its Investor Intention Surveys: in this year’s poll 75 percent of respondents wanted to continue investing in the asset type, down marginally from 75.9 percent last year and 77.9 percent the year before. But while aspirations have ticked along for this traditionally stalwart property food group, they have moved considerably elsewhere. Logistics appetite moved from 54.4 percent in 2016 to 58.6 percent last year and 64.3 percent in 2018. More profound, investors have wanted way more exposure to residential: 58.8 percent in 2016 became 73.2 percent this year. From a relativity standpoint, investors are saying ‘yes please’ to sheds and beds, while they plod on with their retail engagement.

But it will take episodes like the coming wave of fund terminations to discover whether even plodding will remain the case. Typical to most funds, there are provisions to extend. So the litmus test comes in whether these provisions are actually evoked or whether losses – or lower returns – are cut.

UBS said in its latest UK market outlook paper, published this week: “Performance of assets is becoming more intrinsically linked to the quality and dominance of retail offers and proximity to prime pitch.” The Swiss bank has recorded dwindling investment volumes in the asset class each year from 2015 as only the most trusted retail asset types change hands. One private real estate secondaries buyer told Real Estate Capital‘s sister publication PERE this week, most of the assets contained in a fund near termination time are the worst of the portfolio. Consequently, he will not be holding his breath for meaningful volumes of purchases – unless, of course, the discounts are compelling.

To be sure, a gloomy outlook is not a UK-only thing. Sentiment in Germany, Europe’s other major retail market, is similarly downcast. In a game played at PERE’s Germany roundtable this month, managers from Corestate Capital, Aviva Investors, Europa Capital, Savills Investment Management and Ardian each picked a retail type when asked to identify a ‘falling knife’ in today’s marketplace.

Given the current trajectory facing arguably property’s most disrupted asset class, it would take a brave investor to approve extensions in the hope of a brighter future for their current exposures. Come 2020, we will know for sure. We will see by then how many investors ultimately took the decision to take a haircut today to avoid a head shearing tomorrow. 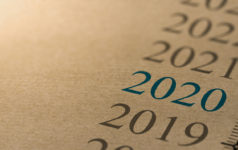 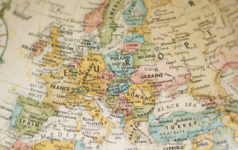