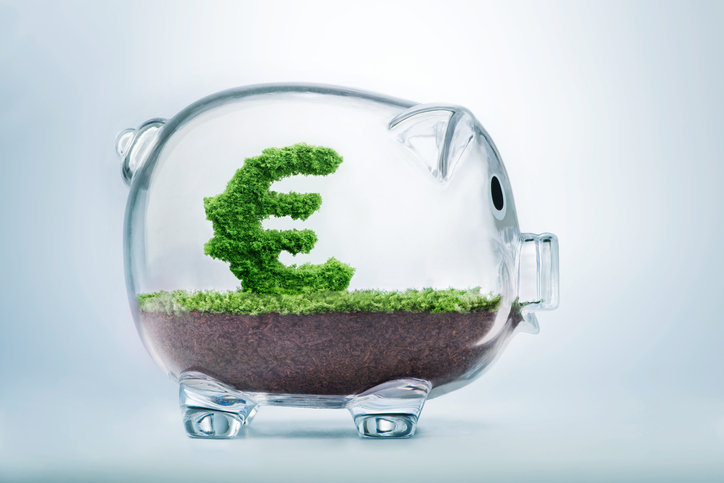 In December 2020, Aviva Investors, the asset management arm of UK insurer Aviva, went public with its target to originate £1 billion (€1.2 billion) of ‘climate transition’ real estate loans by 2025. In conjunction with this, it launched an in-house Sustainable Transition Loans Framework, designed to spell out its sustainable lending criteria.

It was a statement of intent at a time when European real estate lenders were exploring how to weave the environmental, social and governance agenda into their debt deals. By February 2022, the company had written £783 million of compliant loans.

According to Gregor Bamert, head of real estate debt at Aviva Investors, the framework was born of the need to codify its sustainable lending. “We started incorporating ESG into our lending several years ago, but very much as screening criteria,” he says. “We would consider if a deal had certain features and then decide whether or not to do it. But we wanted to do something with more of a material impact.”

Its first sustainable loan, predating the framework, was a £35 million facility in March 2020 to self-storage company Big Yellow, featuring a ‘green clause’ by which the sponsor would benefit from a reduced margin if it fitted an agreed number of solar panels to properties. “It was straightforward, and it worked. We reduced the margin for the rest of the term,” says Bamert. “But it brought home to us that a lot of our lending is long term, so a ‘one-and-done’ target wouldn’t align us with a borrower’s ongoing ESG performance.”

The framework was designed around four of the UN’s Sustainable Development Goals. It features two groups of key performance indicators for sponsors to agree to. Group A includes factors such as energy efficiency, renewable energy and green building technology, and is the focus. Group B, which includes areas such as circular economy, green transport and wellbeing, is optional for real estate borrowers.

“The latter group of targets are important, especially for my colleagues who finance infrastructure,” says Bamert, “but as we are funding buildings, Group A targets are most applicable.”

Within the real estate industry, the conversation around ESG has grown in scope to incorporate social factors. Bamert acknowledges this but says the ‘S’ of ESG remains a challenge for property lenders. “In some cases, it is very clear. We did a loan for a healthcare provider at the end of last year in which the sponsor plans to invest heavily in doctors’ surgeries.

“But it is more difficult to work out how to hold an office owner to social targets. The social side is part of our underwriting – we screen sponsors for any activities that have a negative social impact – but it is challenging to capture social impact in a real estate loan.”

The first loan under the framework was a £154 million facility to UK property company CLS Holdings in September 2020, which refinanced 12 mainly office assets across 10- and 12-year tranches. A 10-basis points margin reduction is available to CLS if it hits annually assessed KPIs. Loans closed under the programme in 2021 included £276 million of funding for 15 years to Manchester-based landlord Bruntwood, in which the sponsor agreed to metrics primarily focused on reducing its carbon emissions and procuring green energy.

When setting targets with sponsors, Bamert’s team begin with a discussion about the sponsor’s own ESG programmes. In the area of energy efficiency, for example, a KPI may require a demonstrable improvement in an asset’s BREEAM rating. “A renewable energy target may require installation of specific equipment,” adds Bamert. “A green buildings target may involve the borrower committing to a net-zero pathway in accordance with a science-based initiative.”

Credibility, Bamert says, is crucial. The company seeks third-party accreditation for its sustainable loans, including from Vigeo Eiris, an ESG ratings business that is part of Moody’s. “We ask the third party to check the KPIs align with our framework, as well as with industry trends – are they ambitious enough? We also want to know they align with the sponsor’s broader business activities. Doing something green with a company with poor sustainability performance would not be in the spirit of this.”

The typical margin discount available to a sponsor is between 10 and 15 basis points. But the ratchet is incremental to ensure KPIs remain worthwhile to the sponsor through the life of the loan. “The first testing date for assessing KPIs on the loans is typically one year after drawdown. The metrics are then tested quarterly, in most loans,” Bamert says. “Some loans will have multiple criteria, so it might be that hitting one unlocks the potential margin benefits, but the sponsor only becomes entitled to a reduction if it hits another KPI.”

So far, three of the loans that have been completed under the framework have reached the first testing point, when one or more KPIs has been met, triggering a partial margin reduction.

Bamert argues that such loan structures represent a genuine incentive to a sponsor in a long-term facility. “If you are a property owner and you’re already thinking about investing in assets, such a loan is an additional reason to do it. A sponsor might be considering light-touch refurbishment or a comprehensive programme, and our loan might nudge it towards the latter.”

For Aviva Investors, writing such loans comes with additional time and cost, not to mention lower coupons if KPIs are met. But Bamert insists it is worthwhile from a business perspective. “If we have a loan agreement with a commitment from a sponsor saying it will follow a net-zero pathway to decarbonise our security, we can have confidence that our refinance risk is reduced. That is why we don’t see this as sacrificing returns. Our investors think of the world in a return over risk kind of way. So, by doing this, we are more likely to have positive rating migration during the life of the loan.”

Looking forward, Bamert says the company may explore a similar framework based on finance body the Loan Market Association’s Green Loan Principles, which are particularly suited to development and capex loans. The current framework, based on the Sustainability-Linked Loan Principles, reflects that the bulk of its lending is long-term investment loans.

With the £1 billion target within its sights, a fresh look at its sustainability ambitions is due, Bamert adds. “We set a target we believed to be meaningful and ambitious. We selected 2025 to align with the sustainability targets set by other areas of Aviva Investors and the wider net-zero pathway for our entire real assets platform.

“Last year, almost half our lending was aligned to the framework, which was way beyond our expectations, so we will be thinking in terms of overall exposure. What percentage of our loan book should adhere to this framework?”

The ultimate measure of success, he adds, will be how much of an impact is made through sponsors achieving their targets. It is too early to measure, but Bamert adds that data is being gathered to quantify impact in key areas.

“We will be able to point to exactly how much carbon has been saved due to applying certain KPIs across our book,” he says. “This will all be about cumulative achievement.”