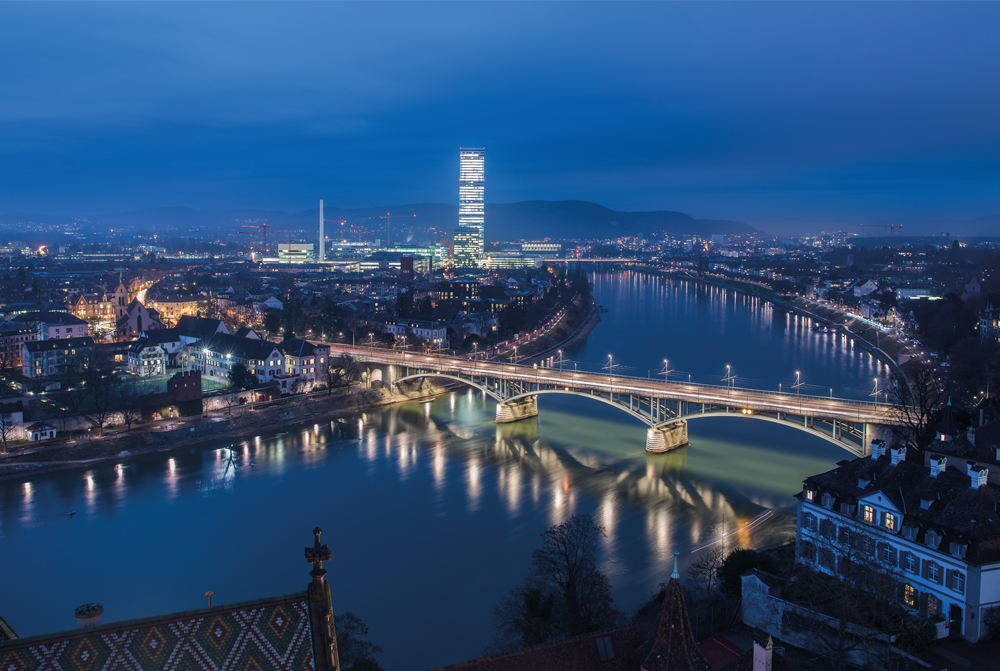 A rise in non-performing loans on banks’ balance sheets, as coronavirus lockdowns cause an increase in defaults, could reduce their capacity to lend against real estate as capital costs increase, market sources have warned.

In the German banking market alone, NPLs could rise from €33 billion at year-end 2019 to €100 billion by the end of 2020, according to the country’s Federal Association of Loan Purchase and Servicing, which represents companies active in the loan sales market. Banks across the continent have already ramped up loan loss provisions in anticipation.

Officials from the EC and the European Central Bank have even discussed the creation of a ‘bad bank’ to remove toxic loans from banks’ balance sheets, in a bid to shore up the industry.

However, real estate finance market sources expect a knock-on effect in the sector.

The year-end 2019 UK Commercial Real Estate Lending Report, published in April by Cass Business School at City, University of London, predicted that, towards the end of 2020 and into 2021, increased defaults and loan write-offs will push up banks’ capital costs, reducing liquidity to the sector and leading to higher lending margins.

The long and the short of it

“While the change in capital treatment for interest on loans during coronavirus will offer short-term relief, some businesses will not recover in the long term and the losses of these loans will need to be reflected in banks’ balance sheets,” the report’s author Nicole Lux said in April.

Germany’s real estate lending banks are already reported to have raised margins from the low levels seen in recent years. According to the BF.Quarterly Barometer Q2 2020 published in April by German real estate finance advisor BF.direkt, margins increased during the second quarter from 131 bps to 147 bps in inventory and from 220 bps to 231 bps in property development financing.

“We are seeing rising financing costs, which are apparently accepted by borrowers due to a lack of alternatives,” Jan Peter Annecke, head of real estate finance in Germany at Frankfurt-based bank Helaba, told Real Estate Capital in April. One real estate investment banker, speaking in private, says banks may review the scale of their property debt portfolios. “Banks might pass on their costs to borrowers, or they might decide to hold less real estate debt on balance sheet, meaning they need to figure out their distribution models,” he says.

Lisa Attenborough, head of property consultancy Knight Frank’s debt advisory team, based in London, says a rise in NPLs would lead to lenders focusing less on underwriting new credit. “We have seen this effect on commercial real estate lending already, as lenders are taking more time to focus on managing their existing loan books and working with clients to manage any potential breaches as opposed to actively looking at new loan proposals.

“ We are now working in an increased risk environment so this will be factored into future debt pricing,” she says.

The investment banker argues the impact to banks will be felt more from regulatory capital costs than wholesale funding costs, as many banks have access to low-interest rate deposits and are benefitting from central bank measures to keep them lending.

Georghios Anker Parson, partner at London-based property debt advisory firm Brookland, also expects a further increase in lending margins, although, he believes, it will be driven more by lenders’ perception of heightened risk than higher costs of funding. In his view, banks have sufficient capital reserves to cope. “Currently, there doesn’t seem to be any pressure from the perspective of costs of funding, driven by covid-19.”

As an immediate response to this crisis, banks’ real estate lending teams are focused on managing existing clients, sources say. A slowdown in syndication market activity is dampening banks’ willingness to write large loans, although some market participants argue the slow syndication market is a symptom of fewer large-scale financing mandates.

Overall, the uncertain market outlook means lenders are reluctant to enter new lending opportunities, says Brookland’s Anker Parson. “The key obstacle for banks to start returning to more normal levels of lending is therefore one of short-term uncertainty rather than liquidity or capital or the lack thereof.”

He adds that, while some banks are honouring commitments on transactions that were substantially progressed before the pandemic, they may be subject to an adjustment in leverage and/or pricing.

“Where banks were previously providing a 60 percent loan-to-value loan, this will now be 50-55 percent LTV and pricing has probably increased by about 50–100 bps.”

Jackie Bowie, co-head of Europe, European real estate at Chatham Financial, says banks are focused on the immediate short-term – covenant waivers, deferral of interest payments and amortisation – and on dealing with existing clients. “However, the refinancing or restructuring of many loans will have to be addressed eventually. For now, banks are very much focused on their existing borrowers and exposures, not on new lending opportunities.”

Once the refinancing gets underway, says Bowie, loan margins will be higher due to greater credit risk and covenants are likely to be revised due to changes in asset valuations.

While Lhotak expects a temporary dip in banks taking on new deals or clients, he does not expect them to significantly reduce their supply of real estate finance, particularly in core segments of the European market, even if there is an increasing focus on less-risky assets. “For core assets with stable income, debt is likely to remain very attractive.”

Despite the challenges facing them, real estate remains a critical business for many of Europe’s banks. The Cass report shows that, in the UK alone, £43 billion (€48 billion) of real estate loans – many of which are held in the banking sector – need to be refinanced in 2020-21. The question banks will face is on what terms do they seek to write new property loans against the backdrop of covid-19’s economic fallout.

Before covid-19 added to real estate bankers’ concerns, they already faced a range of pressures.

The latest round of regulation from the Basel Committee for Banking Supervision, known as ‘Basel IV’, intended to narrow the gap between internal models and the standardised approach to calculating risk-weighted assets, has forced them to consider the optimum size and risk-profile of their portfolios. Intense competition for senior real estate financing mandates, coupled with record low interest rates, has also kept lending margins low.

In a December 2019 paper, ratings agency Fitch pointed to further revenue pressure on Europe’s banks in 2020 due to weaker GDP growth and continued low interest rates – before covid-19 was a known factor. However, at that point, Fitch said the average common equity tier one ratio, which measures banks’ equity versus risk-weighted assets, was down to 13.7 percent, from 14 percent, with loan book quality generally improved as banks sold portfolios of NPLs.

Sources argue that, despite the pressures they face, banks will fare better in this crisis than they did in the global financial crisis. Chris Holmes, debt specialist at UK real estate capital advisory firm Capra Global Partners, says: “Even if forbearance turns into some level of provisions, which will be small in comparison to the GFC, these real estate loans are unlikely to damage the banks materially. We will not find the Bank of England having to step in to rescue the banks because of their real estate positions.”

Banks remain the largest source of debt finance in Europe’s real estate sector, although market participants expect the covid-19 crisis may accelerate their repositioning away from riskier parts of the market.

“I think the supply of capital in some of the big banks and their ability to take new business will slow down. They will only focus on core customers,” says Holmes.

He says that alternative real estate lenders will have the opportunity to provide more liquidity: “I think there is room for a wider spectrum of debt funds, providing different products.”