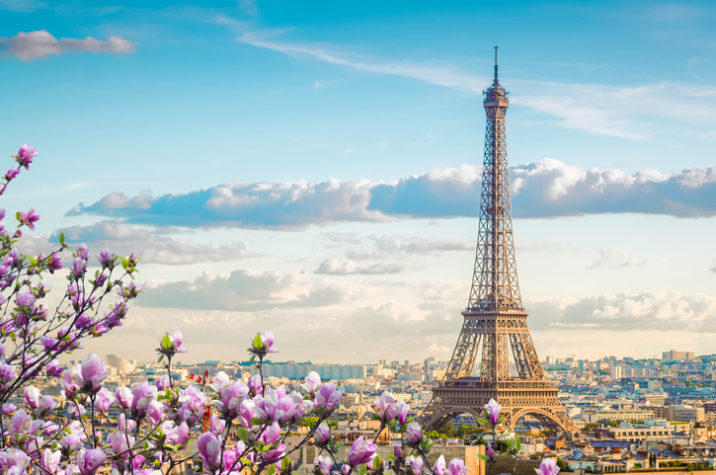 There were several factors behind French commercial real estate’s strong performance in 2019. According to data provider Real Capital Analytics, investment transactions reached a record €41.6 billion – up 7 percent on 2018 – mostly due to the allure of the capital Paris.

Bolstered by progress on the Grand Paris Infrastructure Project – launched in 2007 by President Nicolas Sarkozy to modernise the city’s antiquated transport system – the capital attracted €28.4 billion of investment. In doing so, it leapfrogged London, which attracted €25.7 billion, to become Europe’s best-performing metropolitan market.

“Paris has received a huge boost from the Grand Paris Infrastructure plan, as domestic and international investors position themselves in advance of the first set of major station openings on the network in 2024,” Tom Leahy, RCA’s senior director of analytics for the EMEA region, said on announcing the annual figures.

Other market observers believe the uncertainty surrounding the UK’s exit from the EU was a factor. “As a result of uncertainties created by Brexit, Paris overcame London as the preferred destination for foreign capital investors seeking stability in a very deep and liquid investment market,” says Cyril de Romance, partner with real estate credit advisory firm First Growth Real Estate. “Core investors were attracted by the defensive market characteristics of Paris’s central business district, where there is a lack of supply and the average office vacancy rate is as low as 1.6 percent.”

Grégoire Challe, a director at property consultancy CBRE, appreciates the knock-on effect of Brexit “might have helped a bit” in Paris attracting more foreign capital. However, he says its performance had more to do with “strong real estate fundamentals”.

“The market in 2019 was driven by factors such as low vacancy, an increase in take-up and a supply outweighed by [investment] demand,” he says. “It was also fuelled by investors chasing yield in a low-yield environment and bonds at historically low levels.”

The real estate boom now faces a major threat: covid-19. However, Q1 data from consultancy Knight Frank show €6.2 billion was invested in French commercial property, a 28 percent increase on Q1 2018. “This very good result was a continuation of an exceptional year-end 2019,” said the accompanying report. “The sums committed in Q1 2020 could have been even higher if the implementation of restrictive measures had not severely curbed activity as of mid-March.”

Knight Frank acknowledged that domestic investors will be cautious and South Korean investors are restrained outside their home market. The first half of 2020 is likely to be the weakest in recent years, it conceded.

A fall in investment activity for the rest of 2020 would have a significant knock-on effect for lenders. New data reveal brisk business in the financing space in recent years. In December 2019, research body Institut de l’Epargne Immobilière et Foncière and consultancy PwC published the first in-depth report on the French commercial real estate lending market. Although the data reflected 2018, they provided a glimpse at the state of France’s property lending space heading into the covid-19 crisis.

Lenders wrote around €20 billion of new loans in 2018, the report showed. The overall French loan book stood at €55 billion, including €44 billion of corporate and asset-based finance. Of the latter figure, banks accounted for €39 billion. The overall picture was of a conservative lending space that was bank-dominated, weighted towards Paris and core offices, and with a loan-to-value ratio of below 60 percent across four fifths of the book.

De Romance also recognises the trend: “Debt funds – both lower and high risk – are now playing a critical role in the debt market, especially in allowing value-add, opportunistic investors to achieve high leverage to boost their returns. They also have an appetite to lend at higher loan-to-values than banks.”

According to de Romance, the French real estate financing market started this year in much the same vein as it ended 2019. Margins for loans with conservative LTVs were “very aggressive, sub-100 basis points, for trophy assets with long leases with covenant tenants and prime sponsorship”.

How lending terms fare this year – and beyond – will depend on how quickly France and Europe recover. Challe says feedback from lenders during the first week of lockdown showed an appetite to “move forward” on financing and hold on to their pricing for live deals. However, he expects lender sentiment to be more muted.

“Lenders will become more conservative. We anticipate a drop in LTVs, with 55 percent being the new 65 percent, with margins moving upwards.”

“Covid-19 has significantly slowed down investments,” adds de Romance. “Buyers are pausing investments and sellers are pulling out of sales processes. We’ve also seen new lending fall. Most international lenders are reluctant to lend until they have more visibility on values and pricing levels.”

But the outlook need not be all doom and gloom. While undoubtedly more selective, local lenders are still willing to lend in their markets and accompany local investors. “Most of the strong fundamentals that drove the market have not disappeared,” says de Romance.

France has experienced disruption in the past couple of years, including the yellow vest protest movement and nationwide strikes over pension reforms. The current crisis, however, is unprecedented and likely to have a far deeper impact. However, de Romance argues that, with the country having proven itself to be resilient, “a long downturn is not anticipated by most market players”.

Challe shares this optimism, and believes history might reveal the pandemic to be a bump in the road, rather than a drive off the financial cliff: “Banks are more selective, but they are still open for business, so there is liquidity. There is strong backing from the government and financial institutions, including the European Central Bank, to protect the economy and real estate market.

“Assuming the outbreak of the virus is brought under control in a reasonable timeframe, the impact should be limited. A V-shaped recovery is not unlikely in that case.”