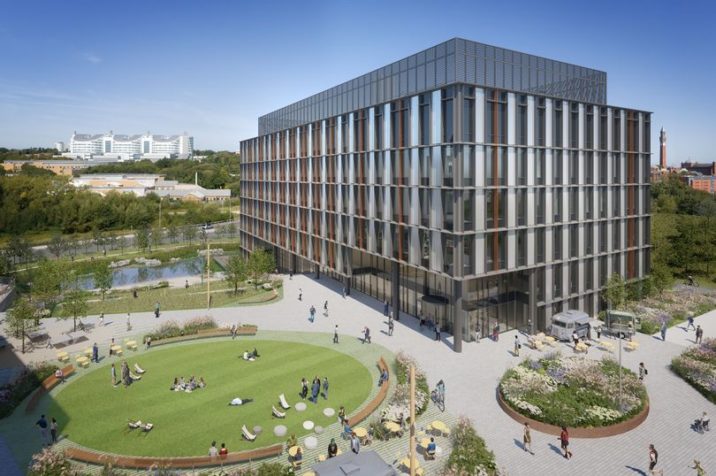 The entrance of new debt providers into the European life sciences real estate market – this month including the UK’s OakNorth Bank – demonstrates growing lender appetite for the sector.

The challenger bank announced earlier this month it had provided a £44 million (€51 million) loan to science and tech property provider Bruntwood SciTech to finance the development of new office and lab space at two of the sponsor’s business parks in Birmingham.

According to Chris Swarbrick, senior debt finance director at OakNorth, the bank’s perception of the sector improved due to the boost it received from the drive in the life sciences industry to develop vaccines for covid-19. This, in turn, led the bank to increase the size of the financing.

“In February 2020, we had committed to fund just the construction of the Enterprise Wharf building, a deal that was put on hold due to covid,” he told Real Estate Capital. “In December, when revisiting the credit for the building, OakNorth Bank’s chief executive expressed an increased interest in life sciences, so we ended up financing the two projects, rather than just one. Covid-19 did not have a direct impact on our appetite to finance life sciences, but it certainly increased our exposure to the sector.”

The worldwide research into covid-19 vaccines has, according to Swarbrick, accelerated demand for a sector that was already on investors’ radar which, in turn, “is presenting lenders with a growing number of financing opportunities”.

But, despite acknowledging the sector as a prime example of a niche sector increasingly viewed by debt providers as a strong long-term prospect, the property debt specialist said the decision to underwrite the transaction was initially less a push into life sciences financing and more about building a relationship with the sponsor.

According to Swarbrick, the bank’s eagerness to develop a business relationship with Bruntwood SciTech – a joint venture between Manchester-based developer Bruntwood and UK insurer Legal & General with a portfolio valued at around £525 million –  was the main driver of the transaction.

“We were drawn to the strength of Bruntwood SciTech’s management team, track record and financial resources, rather than into the specific property type. However, the more we looked into the sector, the more excited we became about the opportunities that lending to property owners whose buildings support vital research into life sciences offered.”

The speculative development risk of the deal made the choice of the sponsor even more crucial, Swarbrick added. “We were providing a loan secured on 250,000 square feet of office space, from which just 69,000 square feet had been pre-let,” he said. “If Bruntwood did not have such strong track record and management team, we may have not backed this project.”