As European commercial real estate loan portfolios have grown in volume and complexity, lending organisations have become more focused on retaining property debt specialists, according to the findings of a recent compensation survey.

The survey was compiled exclusively for Real Estate Capital by executive search firm Sousou Partners. By combining compensation data from actual people moves within the property debt market in 2019 with pay scales reported by the firm’s employer clients, Sousou compiled salary and bonus ranges across different types of organisation and levels of seniority, based on 424 data points weighted towards the European market.

The results revealed that lending market professionals with 15 years’ or more experience can earn the highest salaries and bonuses in the investment banking part of the market. At the top end of the scale, the investment banks paid as much as €1.9 million in 2019, including bonuses.

However, Europe’s real estate debt funds were not too far behind in cash compensation, with the most experienced executives earning up to €1.8 million last year. Property lending businesses within Europe’s insurance sector lag the investment banks and debt funds on compensation, although senior executives could earn as much as €1.2 million last year, at the top end of the scale. Sousou’s data does not include the commercial banking part of the market which, although a large component of the overall market, is fragmented.

Although the data provide a snapshot of compensation across the industry, Sousou’s discussions with market participants provided insight into hiring trends. Serene Hamzawi, London-based managing partner at Sousou, says the firm’s conversations with employers revealed that growth in assets under management across many organisations, particularly in the non-bank sector, is shaping their hiring and personnel strategies.

“As in the wider real assets market, the drive to hire the right people is coming from the pressure to diversify product ranges, either by moving up or down the risk curve,” she explains. “For example, groups which had, until recently, focused on mezzanine debt, are adding senior lending specialists to their teams. We are also seeing equity-focused managers adding debt professionals as they expand into lending. Everyone is trying to offer more to their clients.”

For many organisations, growth in AUM is a result of more capital being allocated to real assets, but also a response to downward pressure on fees, meaning growth in assets does not necessarily translate to higher pay for those originating and managing them. As a result, Hamzawi has not noticed a significant change in compensation levels in the European real estate debt market in the past year and does not predict a significant change in 2020.

Her colleague, Sousou partner Jamie McKinnell, says another consequence of AUM growth is an increase in demand for asset management-focused professionals in debt businesses, to manage larger and more sophisticated lending platforms. “It is all rooted in AUM growth,” adds McKinnell. “It creates the need for diversification, which requires hiring and retaining the right people.”

McKinnell adds that employers are more focused on ensuring their key employees are adequately rewarded. “There is more of a focus on retaining key talent, whereas, in previous years, employees were keen to reward their whole lending teams. Due to the relatively small scale of the lending market, there is a limited pool of expertise. As more capital flows into the sector, managers want to retain their talent, with a focus on individuals rather than whole teams,” he explains.

One European real estate debt fund manager, speaking in private, acknowledges that competition in the market has increased: “A key person leaving an organisation would have implications. The debt market is quite concentrated, so running a successful business relies on hiring a limited number of qualified people. Managers want to avoid risk, so they look for people with experience in the lending market.”

Although Hamzawi and McKinnell stop short of saying the real estate debt fund industry is a target for many employees, they do say carried interest – which is not included in the data – make it an attractive destination for many.

“Banks compensate through cash, with a base and bonus component, plus stock. But debt funds can offer carry as a long-term incentive,” explains Hamzawi. “Such schemes can make a huge difference to individuals’ earnings over a five-to-10-year period. They can generate multiples of a person’s cash compensation. But carry is entirely dependent on fund performance, and it is worth remembering that many carry programmes were completely wiped out during the global financial crisis.”

Individuals tend to consider compensation as one of several factors when looking for new jobs, Hamzawi says. With many banks restricting their lending activity as they manage exposure to real estate, the non-bank part of the market, in which lenders are raising substantial sums of capital from third-party investors, is seen by some as a more interesting part of the industry to work in. 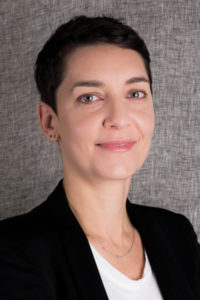 “We hardly ever have conversations where the individual says ‘I won’t move for less than this figure’,” says Hamzawi. “Since the global financial crisis, peoples’ decisions about where to move are more holistic. They want to know about the culture of the firm, and whether the organisation has capital to deploy. For many, it’s about the ability to go out and do something.”

Sousou’s data show total median pay, including bonuses, at the managing director level in insurance companies was around €740,000 in 2019, lagging the equivalent figures at the debt funds and investment banks, at €945,000 and €1.06 million, respectively. “Insurance company activity is still weighted towards senior lending, which generates lower returns, explaining why compensation is typically lower,” says Hamzawi. “The same is true in the US market, where insurers operate large mortgage businesses.”

But, she adds that insurance company lenders are also diversifying: “Insurers in Europe are increasingly offering more varied products to investors, so we could see compensation gradually increase in that part of the market.”

A key consideration for employers in Europe’s real estate debt market, is that the sector is far smaller than the equity side of the real estate industry, meaning there is a smaller pool of specialist talent from which to hire. This, in turn, means there have been fewer people moves at the senior level in Europe in 2019, than in the equity space.

The debt fund manager says specialist roles within the property lending industry can be difficult to fill: “Private real estate debt is a new sector, so it can be hard to find the right people. Syndication participants typically attract former bankers, whereas direct lenders – particularly mezzanine financing – often need a different skill-set.”

In the private equity real estate sector, Hamzawi says Sousou has witnessed a “generational” shift in the past two years, with promotions and moves at the head of Europe level, leading to a greater churn of people. “In the senior part of the real estate debt market, within the banks and the funds, it has been more stable,” she says, adding that there has been movement beneath the top level.

Although alternative lenders are not necessarily growing the size of their debt teams, they are facing the challenge of managing larger loan portfolios with the same key employees, meaning the most experienced among them will remain in demand, says Hamzawi: “Real estate debt is a very specified profession,” she adds.

“As AUM increases, groups need that function as there is greater need to manage lender relationships and create more value,” he says.

Sousou managing partner Serene Hamzawi adds that the role of a borrower is becoming more distinct within investment companies, although titles differ.

Data compiled by Sousou on compensation within the private equity real estate industry across Europe, the US and Asia, highlight the role of chief financial officers, with responsibility for strategy, capital markets and finance. The data show the median salary in 2019 for CFOs with 15 years’ experience stood at $325,000, with a bonus estimate of $310,000.