Real estate lenders in Europe are more cautious about lending against retail and, to a lesser extent, offices, according to consultancy CBRE. Its Q3 data debt terms have changed markedly since Q4 2019, with retail most affected and logistics least affected. 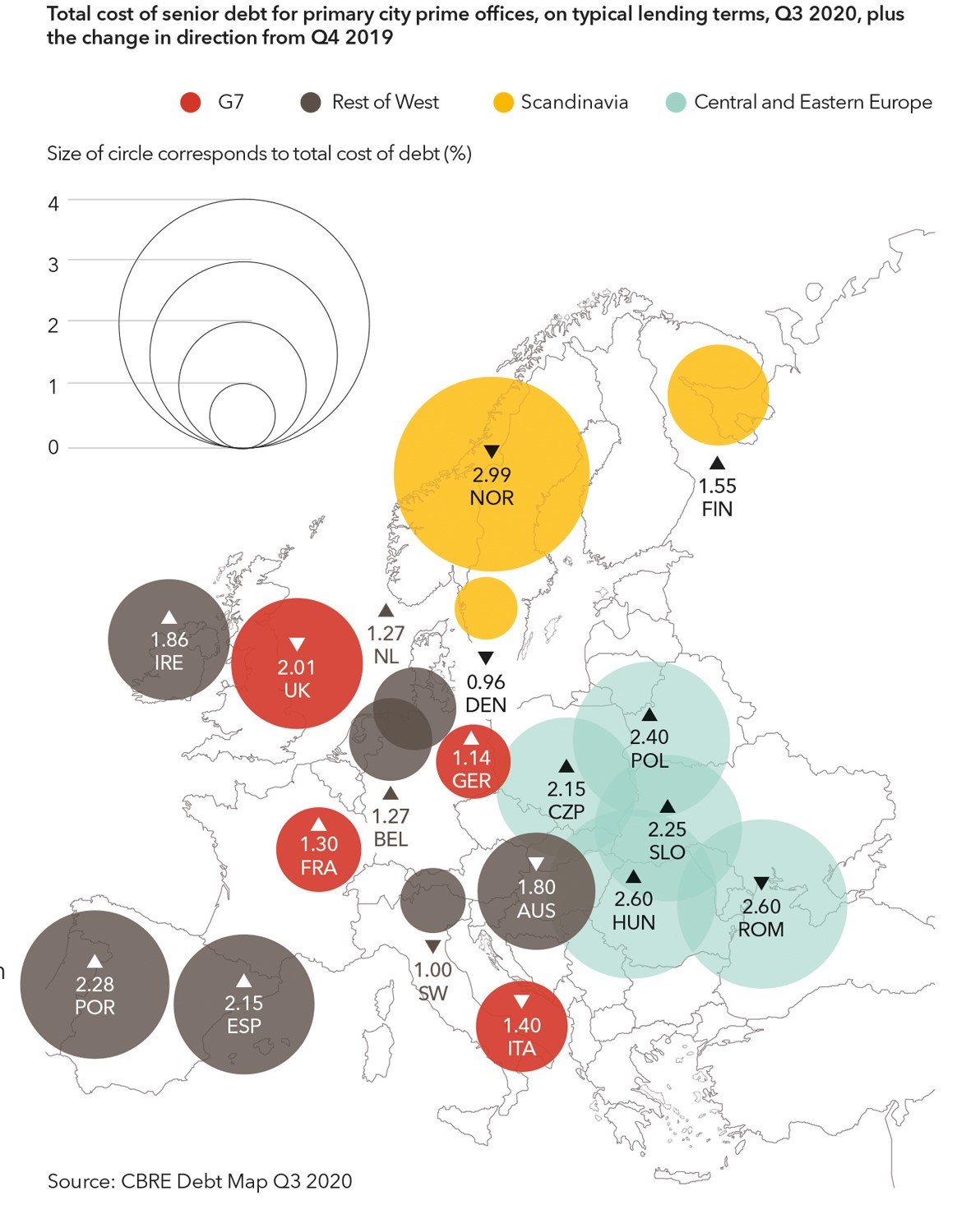 “Forecasts show this is a cyclically advantageous equity side entry point to many markets,” says Paul Coates, head of CBRE’s debt and structured finance division. “And with risk and reward often disconnected, attractive returns can also be found on the debt side.”

CBRE examined how Q3 2020 senior lending returns on prime offices differed from those in Q4 2019. The largest markets had relatively little change in the interim period, but this masks shifts as they absorbed the initial covid-19 hit.

LTVs were unchanged in Paris, Frankfurt, Milan and London. The latter two saw a slight decline in margins, with London benefiting from a fall in the five-year swap rate.

However, in Brussels, Dublin, Amsterdam, Lisbon and Madrid, margins and total cost of debt increased, typically by 25-35 basis points. LTVs fell in all five, plus Vienna and Zurich, by 2.5 to 15 percentage points. In central and eastern Europe, all markets covered saw LTVs fall and margins increase.

Also examined is the change in lending terms in retail between Q4 2019 and Q3 2020. CBRE noted unchanged LTVs in London, Frankfurt and Milan. Margins were also down in London and Milan. Coates says this does not indicate renewed confidence in retail: “Rather, it shows a narrowing of what each market considers ‘prime’ to the most defensive assets, which thus attract better pricing.” 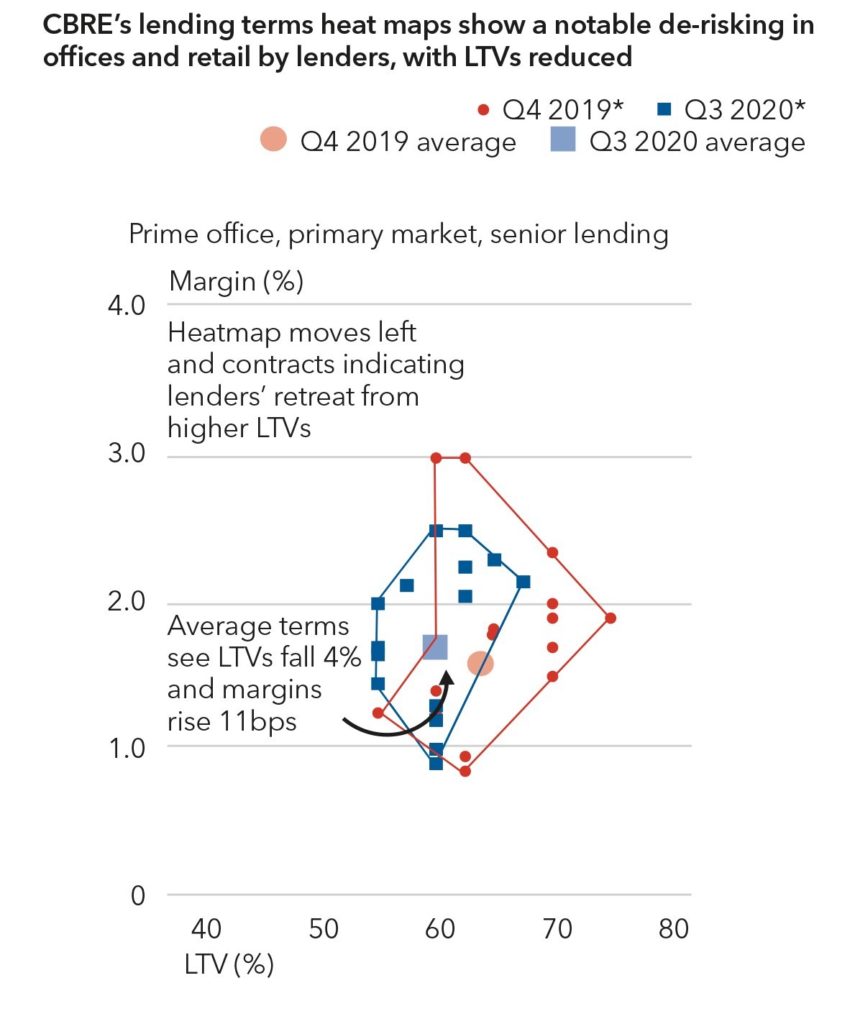 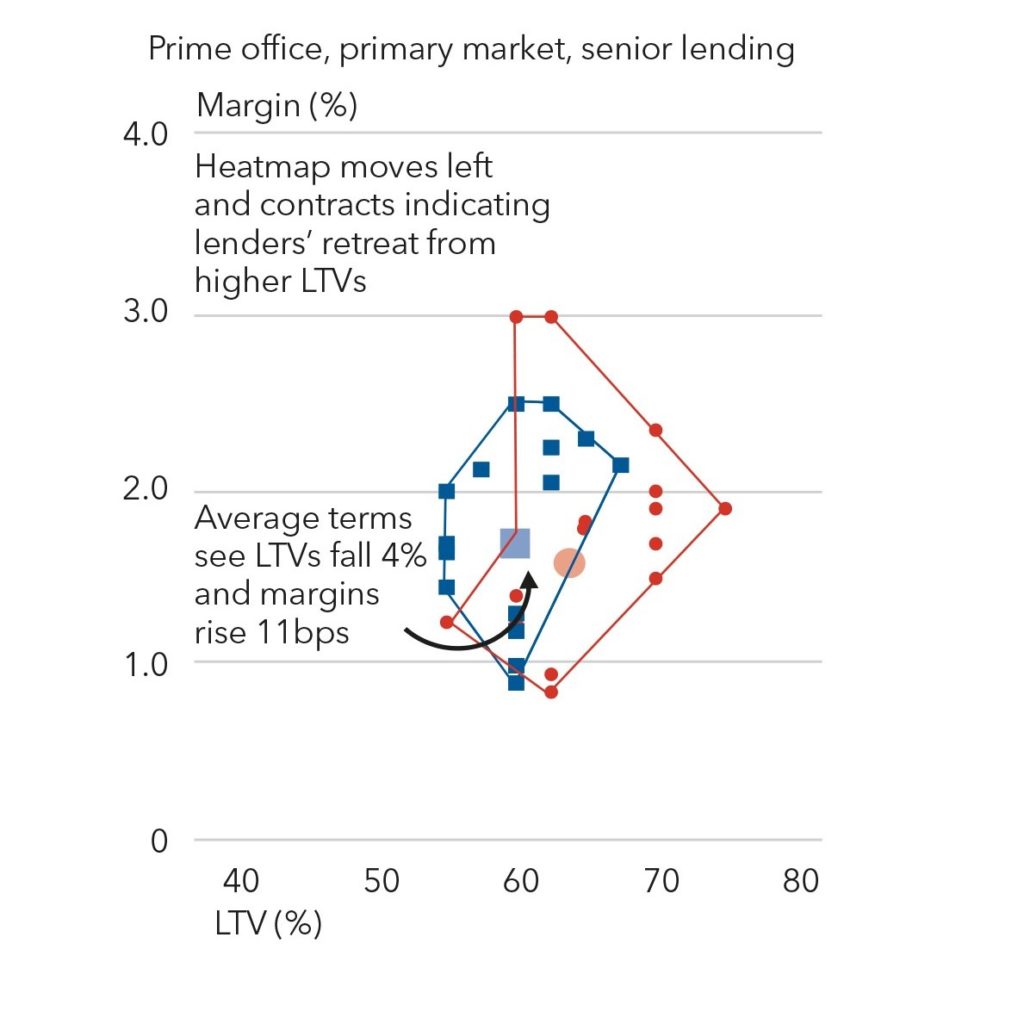 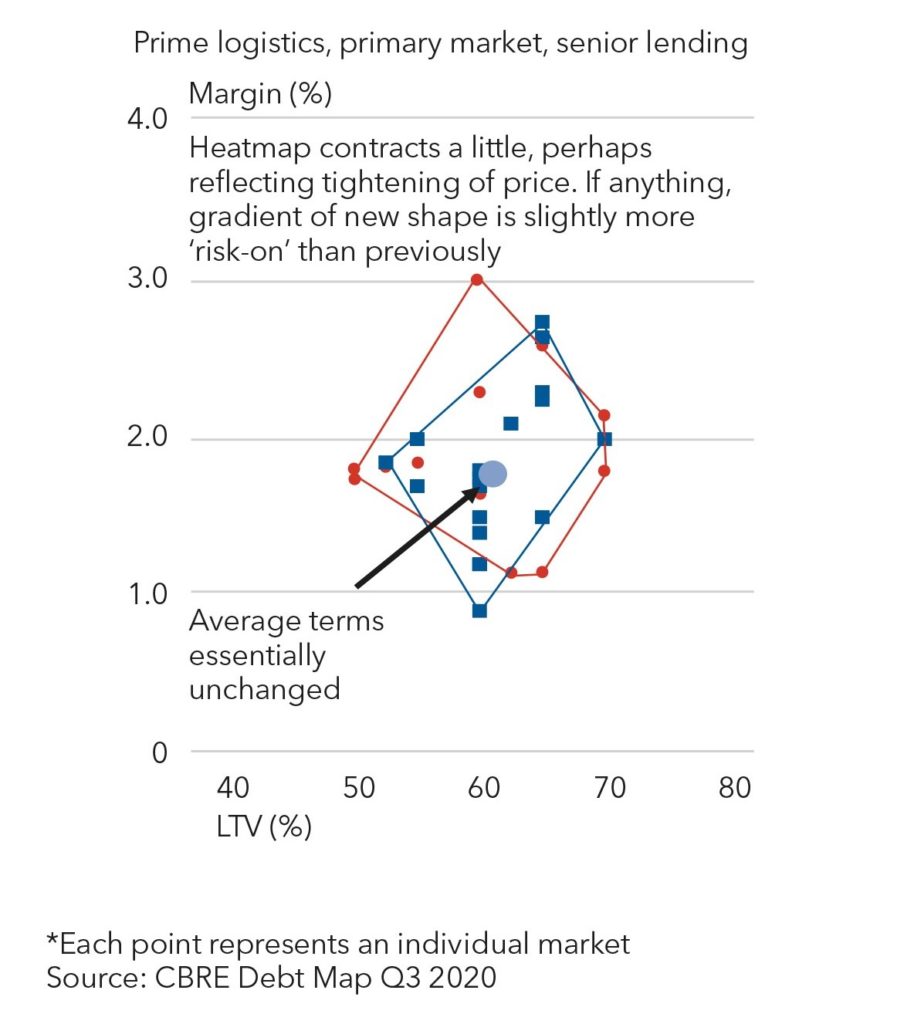 In the UK and Italy, margins fell by 5bps and 50bps, respectively, with UK LTVs up from 50 percent to 55 percent. LTVs and margins were unchanged in France and Germany. In other western European markets, LTVs were static or declined.

“The movement of margins was more mixed, but where there were rises these were slight. Overall, pricing remained pretty stable,” says Coates. 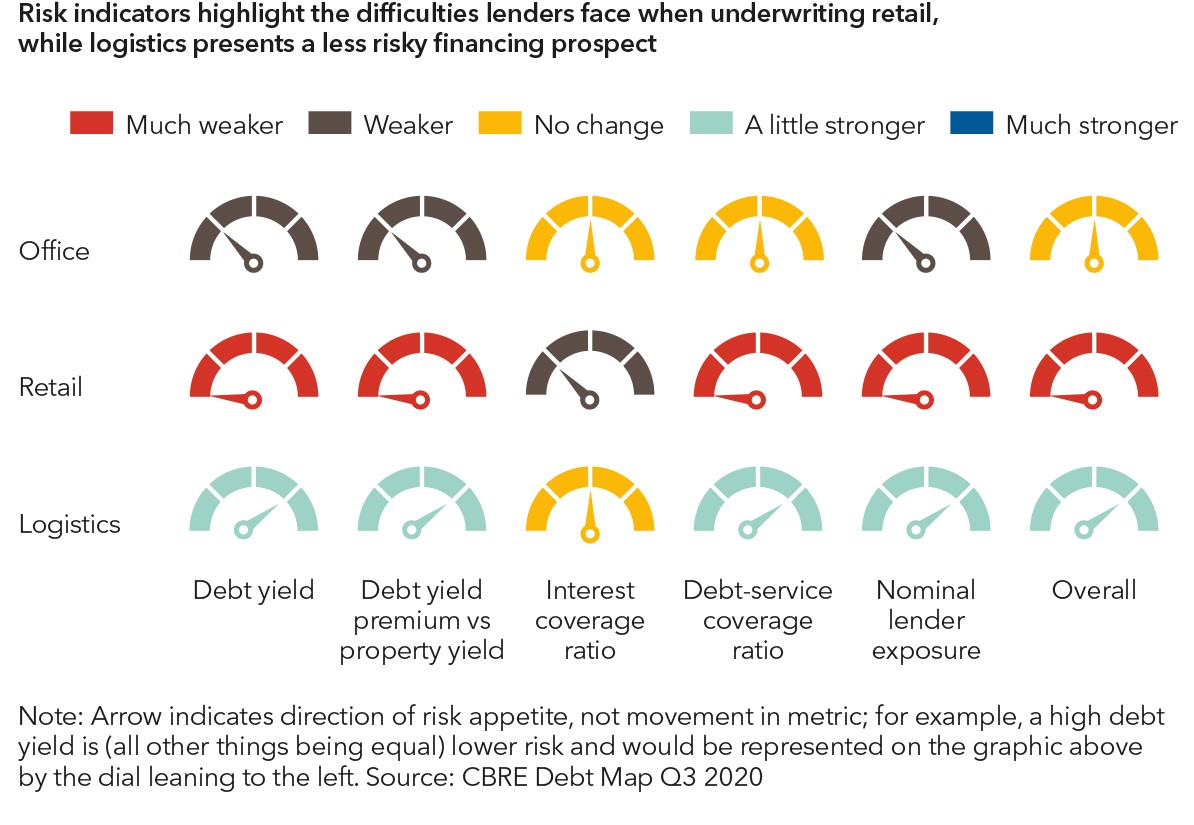