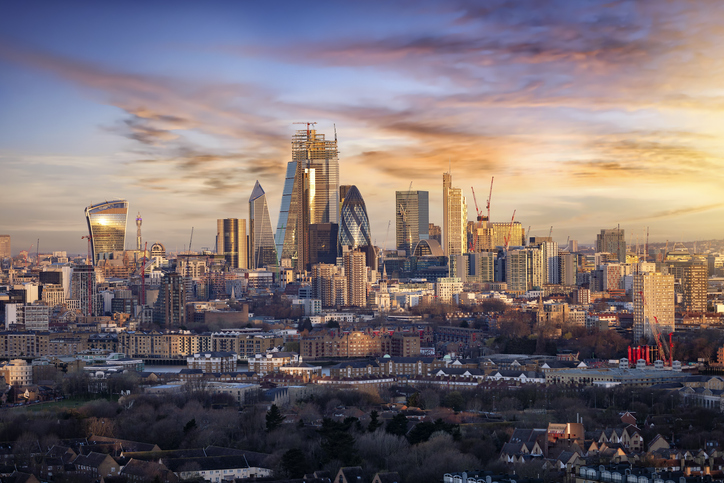 The top-line finding from the latest Cass Commercial Real Estate Lending Survey, published on 16 October, suggests lenders to UK property are as active as ever, despite Brexit, the retail crisis and sky-high asset prices.

The report – compiled by Cass Business School from City, University of London – shows that lenders collectively provided 4 percent more debt during the first six months of the year than was the case in H1 2018, with a total of £23.3 billion (€26.9 billion) committed. That was despite JLL data showing a 22 percent drop in UK investment activity over the same period, to £21.5 billion – the slowest first half of a year since 2013.

A deeper read of the Cass report reveals that life is getting tougher for many lenders in the UK. The data show 62 percent of H1 lending was in refinancing deals. As the JLL figures indicate, investors are holding off because of fears surrounding the outcome of Brexit and concerns about the high prices of prime assets. Winning new financing mandates is as difficult as it has ever been during the current market cycle. Given the amount of repeat business propping up the origination figures, it is unsurprising to see that the country’s homegrown banks took 41 percent of origination.

As the report’s author, Nicole Lux, said, there is an increased danger of the market overheating. Unlike in 2003-07, when overleverage was the culprit, a lack of transactions is the cause of intense competition among buyers and debt providers.

The ongoing spectacle of the UK’s attempted exit from the EU is also causing some lenders to pull back. Most German banks are clearly risk-averse, according to the Cass report, with their collective origination volumes dropping by 30 percent on H1 2018. One German banker told us at the EXPO Real event in Munich this month that as long as the political situation in the UK remains unclear, his organisation would not do business there.

Comments by respondents also highlight concerns, particularly about retail. One lender questioned whether current valuations could be trusted. Another said that, of 650 UK shopping centres, up to 300 were in trouble. Despite all the talk of repositioning obsolete retail, one respondent said that finding alternative uses for large assets was a problem.

The impact of WeWork on the UK office sector was also a source of concern, months before the company’s failed IPO. One respondent said true occupier demand was highly distorted by the company’s growth, while another said they were happy to have no exposure to the flexible office space provider.

Although there are clearly genuine concerns about lending in the UK, the Cass survey also contained data to show that the UK property debt space was in a stable period. The size of the overall debt pile was relatively unchanged since 2014. Although alternative lenders are taking greater risks than most, the upper boundary for LTVs is 55-60 percent across primary and secondary assets. The report also said that the overall quality of assets on loan books remained stable. However, it warned that repricing of retail loans could lead to some overall change within 12 months.

Although market conditions are becoming more challenging, we should expect to see lenders remaining active. As Cass pointed out, a five-year, fixed-rate senior real estate loan generated a 2.9 percent return in H1. UK corporate bonds delivered up to 1.7 percent. While UK property lending commands such relative value, there will be plenty of eager debt providers.