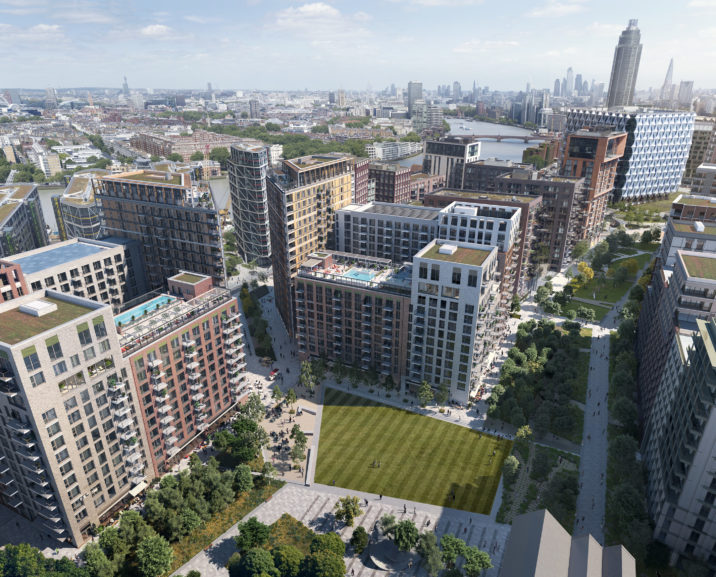 Since it began providing property loans in 2014, Cain International has provided large-ticket facilities to schemes including luxury apartment towers and new-build offices. This month, the real estate investment firm wrote its first loan in the UK’s emerging build-to-rent residential sector.

Cain provided a £385 million (€430 million) development facility to private equity real estate firm Henderson Park and rental housing specialist Greystar Real Estate Partners. The loan will be used to fund the construction of 894 private rental homes in Nine Elms, an area of London in which developers are working on several high-end apartment buildings.

John Cole, head of real estate debt at Cain, told Real Estate Capital that the transaction marked a continuation of its strategy of making “outsized” debt investments with relationship sponsors.

He said the fact that the scheme was targeting the rental rather than the traditional for-sale market was not a concern: “It’s an operational asset, so we underwrote it as we would a student accommodation scheme or a hotel. You build in time for stabilisation.”

He added that Cain had previously invested in prime London residential developments with a significant speculative element, requiring the need to underwrite projected cash flows.

The six-year whole loan will finance the development of a former Royal Mail depot, on which construction will begin this month. The first homes are expected to be completed by 2022, with the entire scheme due to finish in 2024.

Sources have previously told Real Estate Capital that the lack of completed sales of purpose-built private rental schemes in the UK has made it hard to underwrite such projects. However, Cole argued there was adequate comparable data. “Information on UK residential lettings is at everyone’s fingertips,” he said. “The key here is that schemes such as this are built to scale purposefully for the rental market.

“This is an asset class that investors like. They see its growth potential, the predictability of income and the provision of much-needed housing stock. They are the ingredients for a transaction we can add value to.” Concerns have been raised about the amount of residential development being undertaken in Nine Elms. However, Cole argued that the redevelopment of the former Royal Mail depot was unique in that part of London because the scheme would be aimed specifically at renters.

In data published on 21 June, property consultancy Savills said the market for UK operational real estate – which it said encompasses built-to-rent, student accommodation and retirement housing – would be worth £800 billion at full maturity. This would be almost four times its current valuation of £223 billion. Savills said build-to-rent specifically was currently valued at £9.6 billion but could be worth almost £550 billion at maturity.

Cole said the lending market for build-to-rent property in the UK was becoming more competitive. “There is appetite across the capital spectrum for these types of assets,” he said. “There is a good supply of debt for the beds sectors from a whole host of lending sources. However, not all lenders can provide loans of such scale.”